American Ballet Theatre to Present ABT Across America

Company to Travel by Bus and Truck to Eight U.S. Cities Over Three Weeks in July 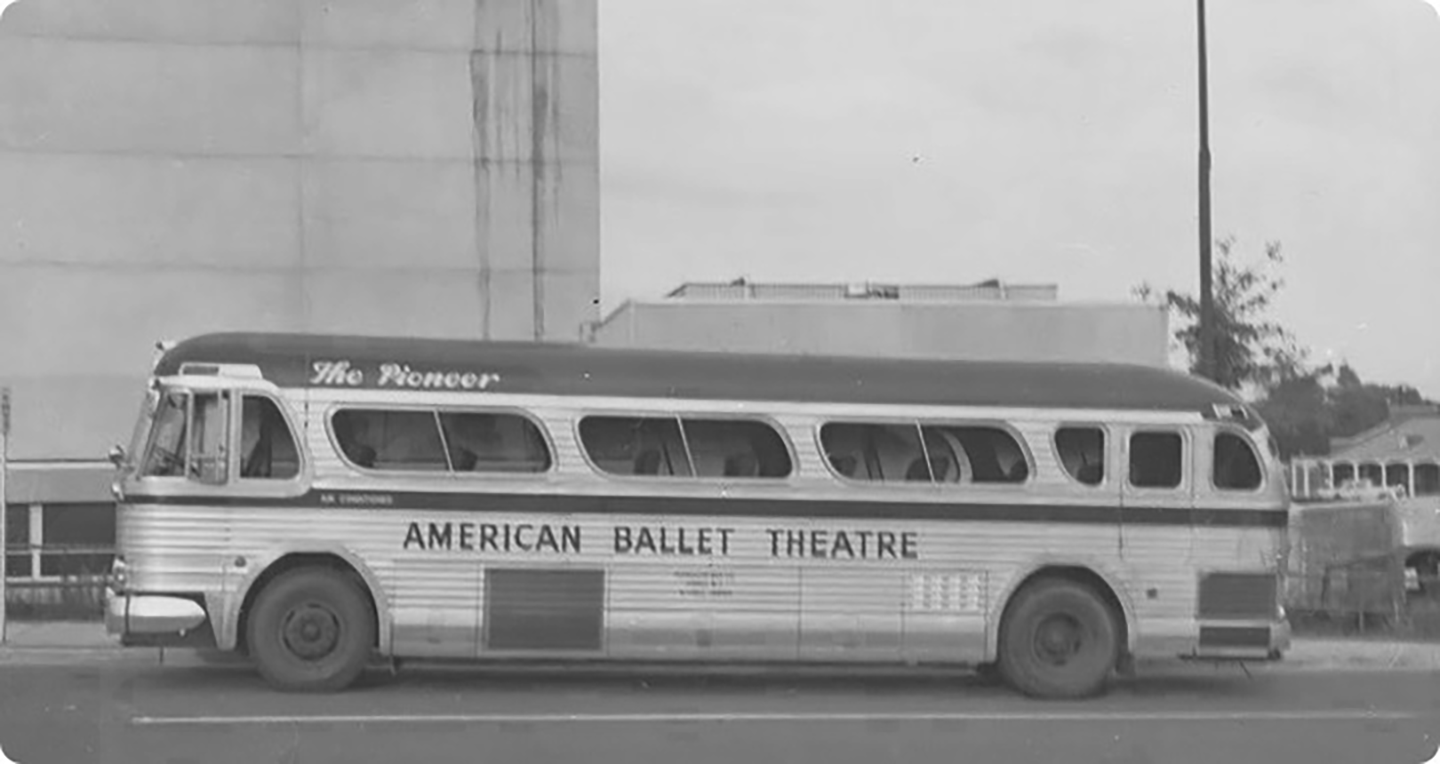 America’s National Ballet Company® will take to the road this summer traveling by bus and truck to 8 U.S. cities beginning July 1, 2021.  ABT Across America builds on ABT’s history of cross-country tours in the 1940s and 1950s.  ABT Across America was announced today by Kevin McKenzie, Artistic Director.

From its starting point in Lincoln, Nebraska, ABT Across America will cross the United States in a caravan of 6 sleeper buses and 3 production trucks.  20 ABT dancers and 28 support crew will travel across 14 states, for a total of 3,100 miles, performing outdoors for socially distanced audiences.  Cities that will host ABT Across America include Lincoln, Iowa City, Chicago, Minneapolis, St. Louis, Charleston, and Middleburg (VA). The tour will conclude on July 21 with a performance at Rockefeller Center in New York City, the site where Ballet Theatre offered its first public performances in 1940.

Each 50-minute show will be performed without an intermission.  Repertory for ABT Across America will feature Lauren Lovette’s La Follia Variations, a work for eight dancers set to music by Francesco Geminiani, Jessica Lang’s Let Me Sing Forevermore, a pas deux blending ballet and jazz vocabulary set to songs sung by Tony Bennett, Darrell Grand Moultrie’s Indestructible Light, a celebration of American jazz, and a classical pas de deux from ABT’s extensive repertoire.  Family activities, fitness classes, and community engagement programs for local audiences are scheduled at each tour stop.  All activity will take place according to state and local guidelines for health and safety.

“As necessity is the mother of invention, I am delighted to announce ABT Across America,” said McKenzie.  “With most indoor performing arts centers still closed, these outdoor settings will allow ABT’s dancers to share their artistry, excellence, and optimism.  For the past year, we have been pursuing our mission of reaching the widest possible audience through virtual programs and digital channels.  With ABT Across America, we will go beyond the digital divide to provide access to live performance experiences.  The planning of this tour has galvanized our staff and company, and we hope that these performances will be joyful and uplifting for communities nationwide.”

A complete list of tour dates and venues follows:

For more information on locations, ticketing, and protocols for ABT Across America, please visit www.abt.org/abt-across-america.

ABT Across America is generously supported by Bloomberg Philanthropies.

American Ballet Theatre recognizes Dalio Philanthropies and one anonymous donor for their champion support of ABT Across America. Special thanks to Susan Sherman for her guidance and enthusiasm in bringing this tour to St. Louis.

ABT extends deepest gratitude to: