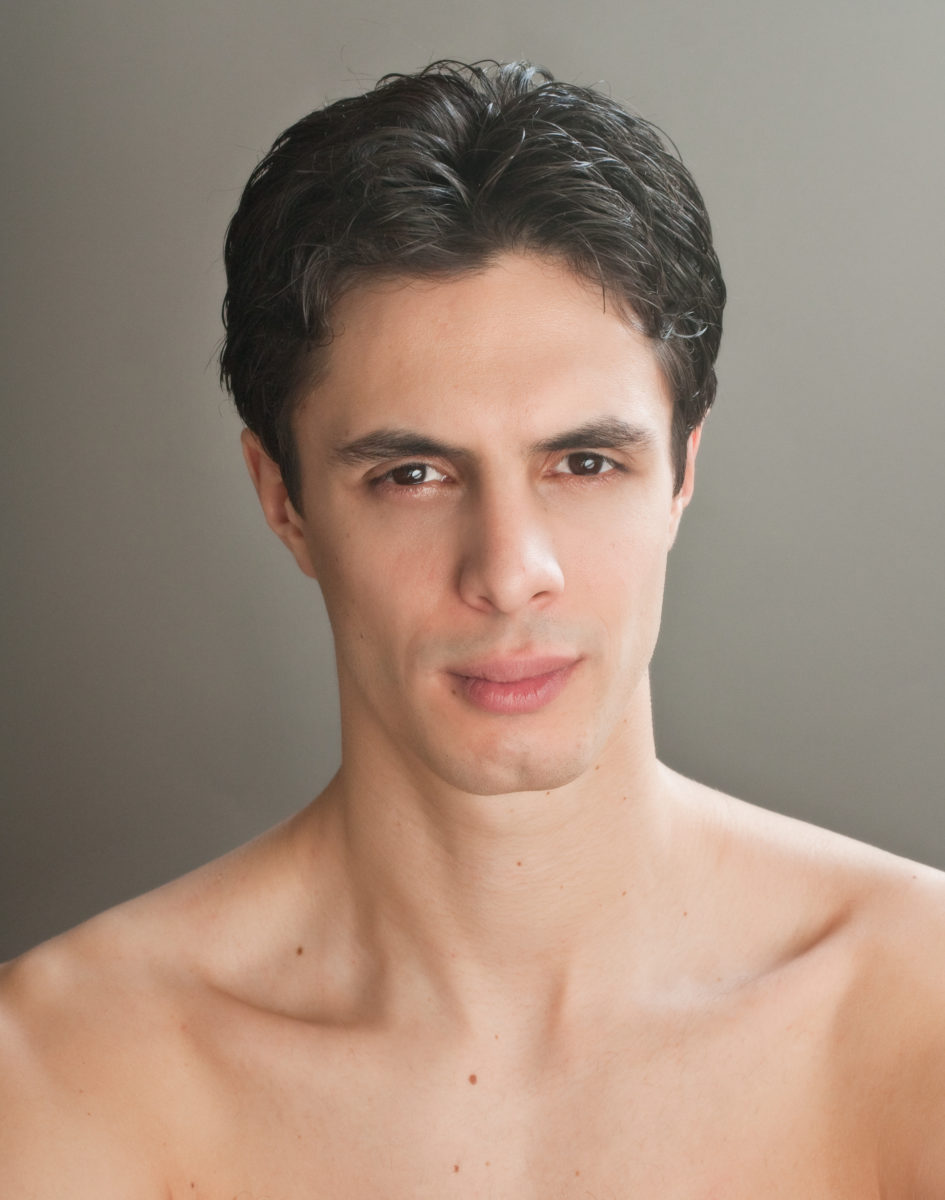 Born in Paris, France, Alexandre Hammoudi began his training at ten with Max Bozzoni of the Paris Opera Ballet.  He continued his training at the Academy of Dance Salle Playel in Paris from 1996-1999, and received further training at the English National Ballet School in London and at the School of American Ballet, both on full scholarship.

Hammoudi has won numerous international competitions, including the Trophee Arabesque and the Biarritz Dance Competition.  At 17, Hammoudi became a member of the National Ballet of Cuba and toured South America with that company, dancing roles in Carmen, Cinderella, Don Quixote, the peasant pas de deux in Giselle and the pas de six and mazurka in Swan Lake.

Hammoudi joined ABT Studio Company in 2002, joined the main Company as an apprentice in April 2003 and became a member of the corps de ballet in April 2004.  He was appointed a Soloist in July 2012.  His repertory with the Company includes the Rajah in La Bayadère, Pyotr and the Lead Highlander in The Bright Stream, Cavalier and Prince in Ashton’s Cinderella, Lead Mazurka/Czardas in Coppélia, Espada in Don Quixote, Duo Concertant, Ivan in Alexei Ratmansky’s Firebird, Albrecht in Giselle, Prince Afron in The Golden Cockerel, Pierrot in Harlequinade, Reverend Brocklehurst in Jane Eyre, The Man She Must Marry in Jardin aux Lilas, the Jailer in Manon, the Nutcracker-Prince in Alexei Ratmansky’s The Nutcracker,  Mithridates in Of Love and Rage, Olga’s Fiancé in On the Dnieper, Prince Gremin in Onegin, Othello in Othello, Friend of the Family in Pillar of Fire, Romeo, Tybalt and Paris in Romeo and Juliet, Prince Désiré in Ratmansky’s The Sleeping Beauty, the Spanish Prince, a Fairy Knight and the Act II Pas de Deux in The Sleeping Beauty, Prince Siegfried and von Rothbart in Swan Lake, Orion and Apollo in Sylvia, Ladislav Slivovitz in Whipped Cream, leading roles in The Brahms-Haydn Variations, Désir, Her Notes, I Feel The Earth Move, Monotones II, Symphonie Concertante, Symphony #9 and Symphony in C and featured roles in AfterEffect, Black Tuesday, Brief Fling, Clear, Continuo, Glow-Stop, The Leaves Are Fading, Overgrown Path, Private Light, Raymonda Divertissements and Sinfonietta.

Hammoudi danced all over Spain as a guest artist with Angel Corella and Stars of American Ballet.