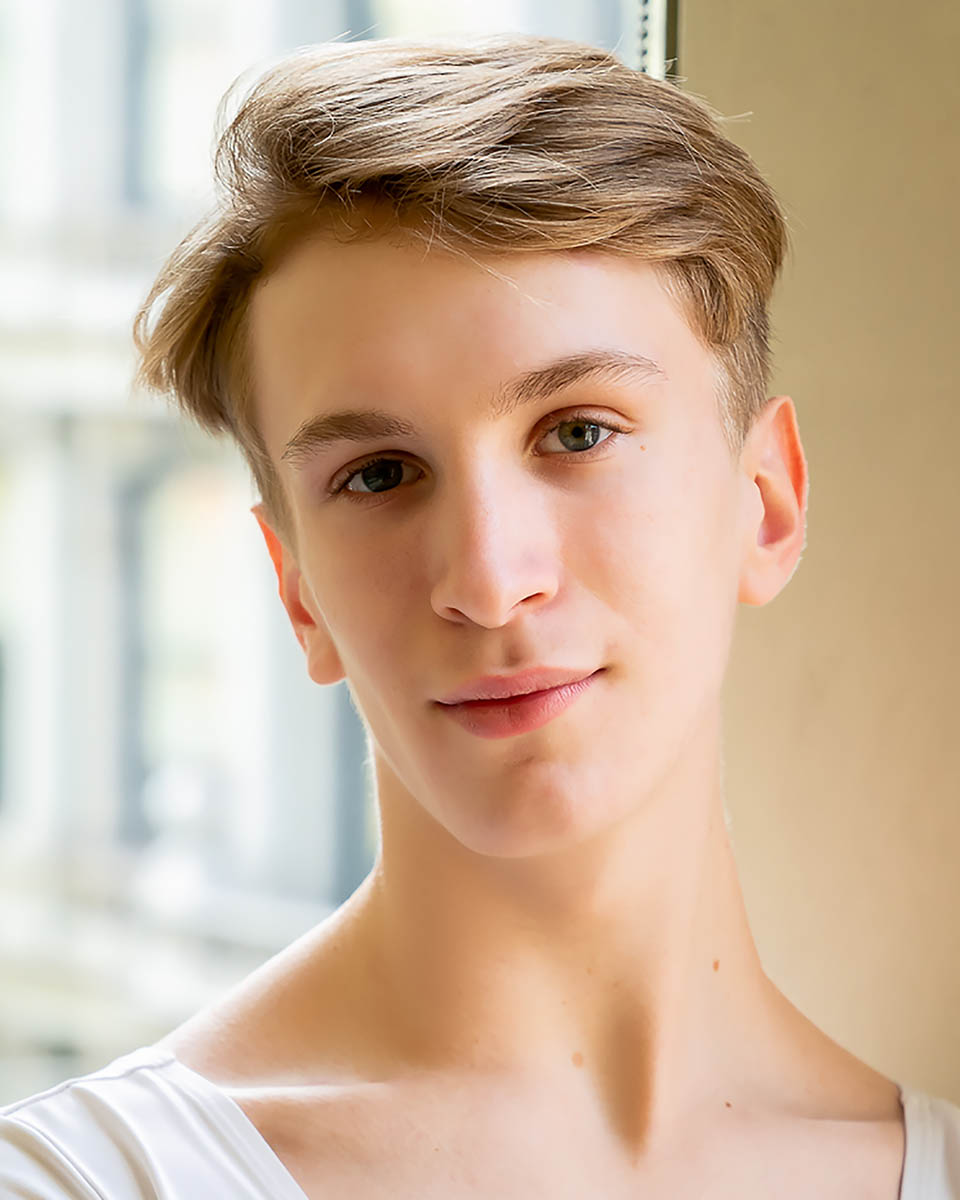 Andrew Robare was born in Winchester, Virginia. He began tap classes at the age of six, adding other dance styles before starting ballet with his mother at age 12 at the Shenandoah Conservatory Arts Academy of Shenandoah University. In 2017, he received a full scholarship to the University of North Carolina School of the Arts high school ballet program under the direction of Dean Susan Jaffe. An American Ballet Theatre National Training Scholar, he attended ABT’s New York Summer Intensive for three years. In September 2018, Robare enrolled in the ABT Jacqueline Kennedy Onassis School and was invited to join ABT Studio Company in October 2018.

Robare became an apprentice with the main Company in November 2021 and joined the corps de ballet in May 2022.  His repertoire includes a featured role in Children’s Songs Dance as well as roles in all the Company’s full-length ballets.

ABT is grateful to Theo Ueng for supporting the Dancer Fund in honor of Andrew Robare.