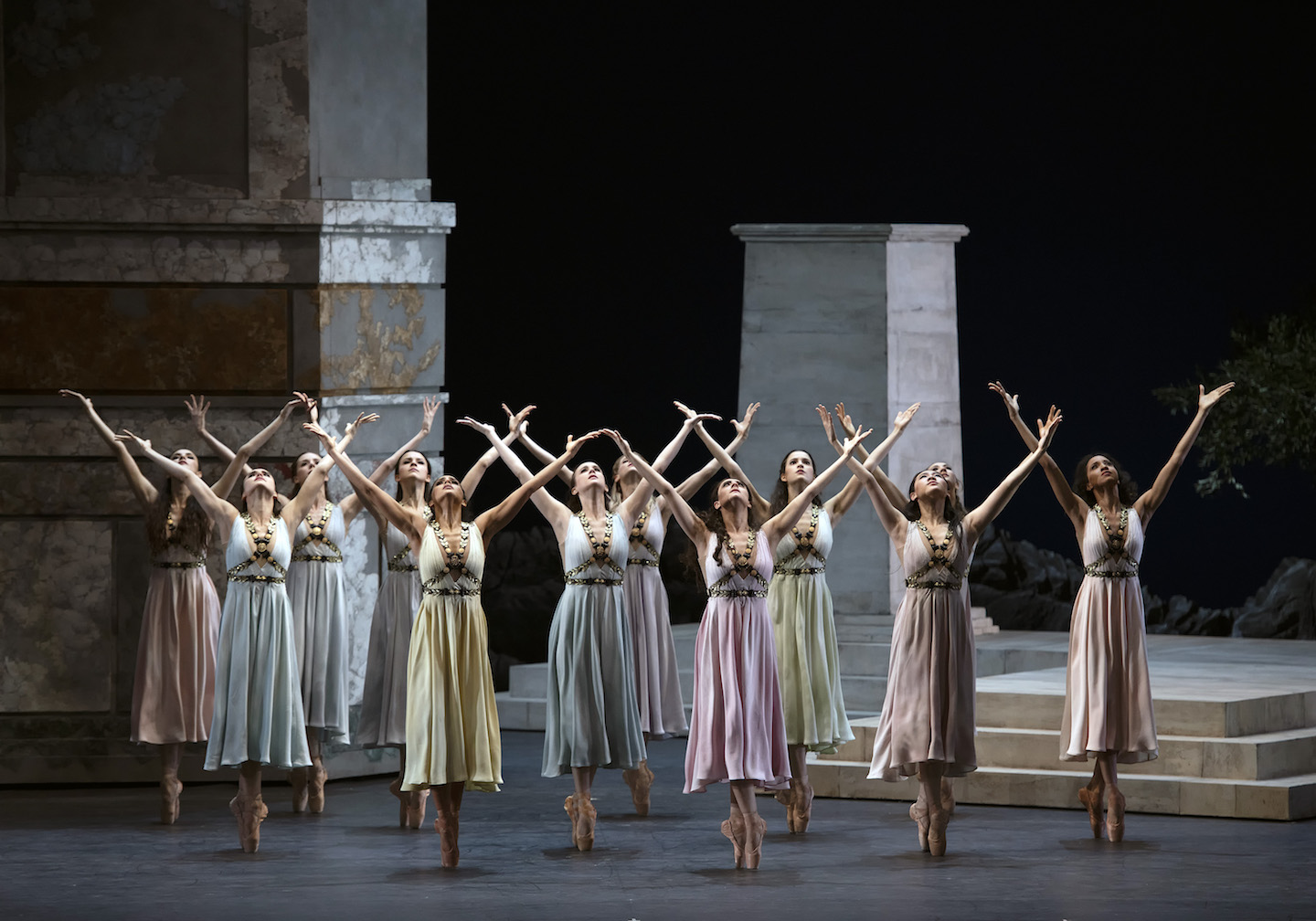 Scene from Of Love and Rage. Photo: Gene Schiavone.

American Ballet Theatre will return to the Metropolitan Opera House for the first time in three years for its Summer season, June 13–July 16, 2022.  The season will be highlighted by the New York Premieres of a new work by Alonzo King and Alexei Ratmansky’s Of Love and Rage.  ABT’s Summer season was announced today by Artistic Director Kevin McKenzie.

The New York Premiere of Alexei Ratmansky’s Of Love and Rage is set for Monday evening, June 20, 2022 with Catherine Hurlin and Aran Bell in the leading roles.  Based on the first century historical romance novel Callirhoe by Chariton, Of Love and Rage tells the story of star-crossed lovers Callirhoe and Chaereas in ancient Greece.  The two-act ballet is set to music by Aram Khachaturian, arranged by Philip Feeney, with sets and costumes by Jean-Marc Puissant and lighting by Duane Schuler.  Of Love and Rage, Ratmansky’s 17th work for American Ballet Theatre, was given its World Premiere on March 5, 2020 at Segerstrom Center for the Arts in Costa Mesa, California.  The ballet will be given eight performances at the Metropolitan Opera House through Saturday, June 25.

A new work by Alonzo King will have its New York Premiere on Thursday evening, July 7. Set to music by jazz pianist and composer Jason Moran, King’s new work features sets and costumes by Robert Rosenwasser and lighting by Jim French.  The new work, King’s first for ABT, will receive its World Premiere on March 15, 2022 at Segerstrom Center for the Arts in Costa Mesa, California.  King’s new work, part of a mixed repertory program, will be given four performances July 7-9.

American Ballet Theatre’s Summer season will include three additional full-length ballets.  The season will open on Monday evening, June 13 with a special Gala performance of Don Quixote featuring a different leading cast in each act.  Dancing the roles of Kitri and Basilio will be Christine Shevchenko and Cory Stearns in Act I, Hee Seo and James Whiteside in Act II, and Catherine Hurlin and Aran Bell in Act III.  Don Quixote is staged by Kevin McKenzie and Susan Jones, with choreography after Marius Petipa and Alexander Gorsky.  The ballet is set to music by Ludwig Minkus and features scenery and costumes by Santo Loquasto, and lighting by Natasha Katz.  The McKenzie/Jones staging of the current production was first performed by ABT on June 12, 1995.  Don Quixote will be given eight performances through June 18.

Twelve performances of Swan Lake will begin Monday, June 27 with Devon Teuscher as Odette-Odile and Cory Stearns as Prince Siegfried.  Set to music by Peter Ilyitch Tchaikovsky, Swan Lake is choreographed by Kevin McKenzie after Marius Petipa and Lev Ivanov and features scenery and costumes by Zack Brown, and lighting by Duane Schuler.  This production of Swan Lake premiered on March 24, 2000 at The John F. Kennedy Center for the Performing Arts in Washington, D.C. with Julie Kent (Odette-Odile) and Angel Corella (Prince Siegfried).

Kenneth MacMillan’s Romeo and Juliet will be given eight performances beginning Monday evening, July 11 with Hee Seo and Cory Stearns in the title roles.  Set to the score by Sergei Prokofiev, Romeo and Juliet features scenery and costumes by Nicholas Georgiadis, and lighting by Thomas Skelton.  Romeo and Juliet received its World Premiere by The Royal Ballet in London on February 9, 1965 and was given its ABT Company Premiere at The John F. Kennedy Center for the Performing Arts in Washington, D.C. on January 3, 1985 with Leslie Browne and Robert La Fosse in the leading roles.

The Summer season will include four performances of mixed repertory, July 7–9.  In addition to the New York Premiere of King’s new work, the program will include George Balanchine’s Theme and Variations and Jessica Lang’s ZigZag.

Balanchine’s Theme and Variations, set to a score of the same name by Tchaikovsky from Suite No. 3 for Orchestra, was created for Ballet Theatre in 1947.  A neo-classical masterpiece, Theme and Variations features scenery and costumes by Zack Brown, and lighting by Brad Fields. ABT’s 2022 performances of Theme and Variations will mark the 75th Anniversary of this seminal work’s premiere.

Jessica Lang’s ZigZag, set to songs recorded by Tony Bennett and Lady Gaga, received its World Premiere on October 26, 2021 at the David H. Koch Theater in New York City.  The ballet features scenery by Derek McLane, costumes by Wes Gordon, and lighting by Nicole Pearce. A work for 14 dancers, ZigZag is set to 11 American standard songs by Bennett including a duet with Lady Gaga.

ABTKids, American Ballet Theatre’s annual one-hour introduction to ballet for families, is scheduled for Saturday morning, June 18 at 11:00 A.M.  All tickets for ABTKids are $25.

Subscriptions for American Ballet Theatre’s 2022 Summer season at the Metropolitan Opera House, on sale beginning Monday, December 20, 2021, are available by phone at 212-362-6000, or online at ABT’s website www.abt.org.  For the 2022 Summer season at the Metropolitan Opera House, ticket holders may exchange or refund tickets up until Noon the day of the performance at no extra charge, minus any difference in ticket price.  ABT requires the following protocol for all audience members attending its performances.

Audiences will be required to maintain appropriate face coverings in accordance with current CDC guidelines when attending performances.  Additional safety measures include an update of the ventilation systems, rigorous cleaning and sanitation protocols, and a contactless entrance experience for ticket holders. Specific health and safety protocols are determined by the Metropolitan Opera House and American Ballet Theatre and are subject to change.  ABT will strive to communicate substantial changes to health and safety protocols in advance of performances.  For more information, please visit www.abt.org.

Leading support for Of Love and Rage, part of The Ratmansky Project, has been generously provided by Elizabeth Segerstrom, and John Rallis and Mary Lynn Bergman-Rallis. Leadership for The Ratmansky Project has been provided by Avery and Andrew F. Barth, the Blavatnik Family Foundation, Mr. and Mrs. Hamilton E. James, and The Ted and Mary Jo Shen Charitable Gift Fund.