ABT Jacqueline Kennedy Onassis School to Perform at The Joyce Theater, April 26-27, 2019 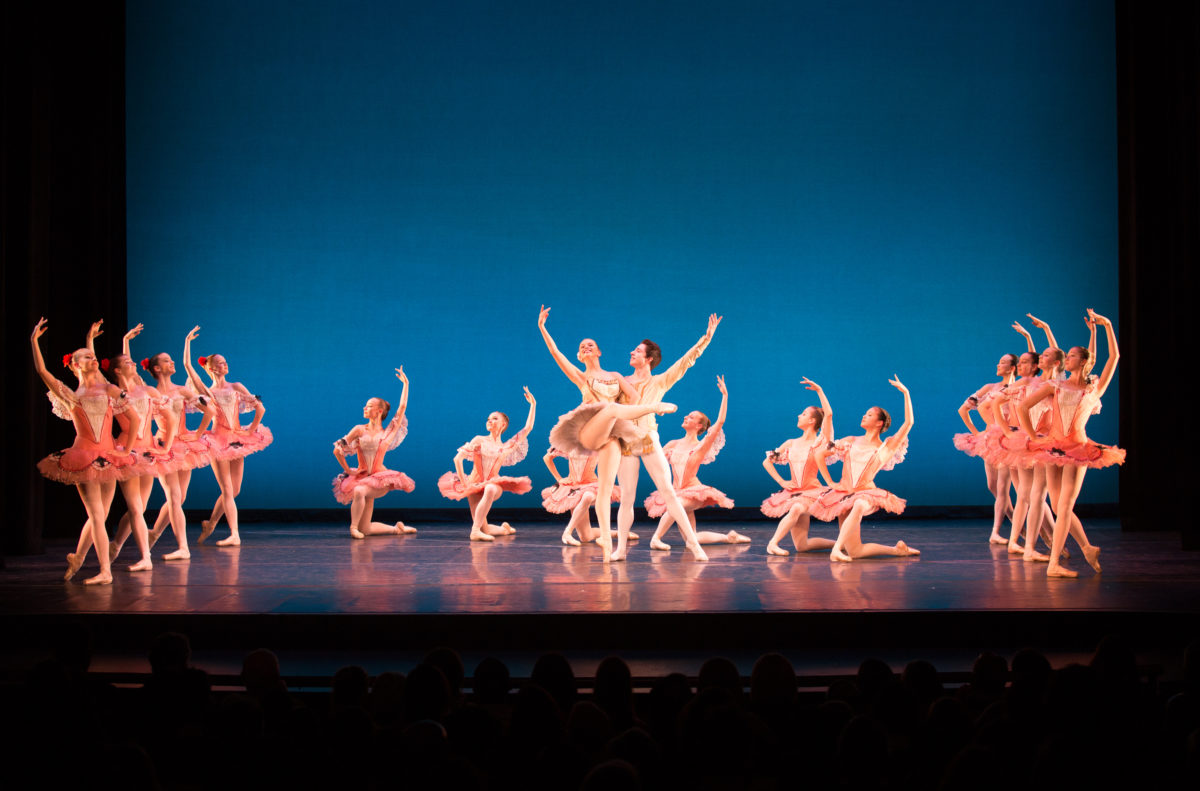 The American Ballet Theatre Jacqueline Kennedy Onassis School will appear at The Joyce Theater in New York City for two performances, Friday, April 26 at 7:30 P.M. and Saturday, April 27 at 2:00 P.M.

The program will also feature a special appearance by dancers of American Ballet Theatre. ABT Soloist Skylar Brandt, an alumna of the ABT JKO School, and Principal Dancer Herman Cornejo will perform a pas de deux from Act II of Le Corsaire.

The ABT Jacqueline Kennedy Onassis School, under the direction of Cynthia Harvey, serves approximately 400 students and encompasses a Pre-Professional Division for dancers ages 12-18 and a Children’s Division for dancers ages 3-12. Classes include classical ballet technique, pointe, partnering, men’s class, character dance, modern technique, classical variations, strength training, music and Pilates. Instruction at the ABT JKO School is based on ABT’s National Training Curriculum, which combines scientific principles with elements from the French, Italian and Russian schools of training.

The Joyce Theater Foundation (“The Joyce,” Executive Director, Linda Shelton), a non-profit organization, has proudly served the dance community for over three decades. Under the direction of founders Cora Cahan and Eliot Feld, Ballet Tech Foundation acquired and The Joyce renovated the Elgin Theater in Chelsea. Opening as The Joyce Theater in 1982, it was named in honor of Joyce Mertz, beloved daughter of LuEsther T. Mertz. It was LuEsther’s clear, undaunted vision and abundant generosity that made it imaginable and ultimately possible to build the theater. Ownership was secured by The Joyce in 2015. The theater is one of the only theaters built by dancers for dance and has provided an intimate and elegant home for over 400 U.S.-based and international companies. The Joyce has also expanded its reach beyond its Chelsea home through off-site presentations at venues ranging in scope from Lincoln Center’s David H. Koch Theater, to Brooklyn’s Invisible Dog Art Center, and to outdoor programming in spaces such as Hudson River Park. To further support the creation of new work, The Joyce maintains longstanding commissioning and residency programs. Local students and teachers (K–12th grade) benefit from its school program, and family and adult audiences get closer to dance with access to artists. The Joyce’s annual season of about 48 weeks of dance now includes over 340 performances for audiences in excess of 150,000.

Tickets, starting at $30, are available online at www.tututix.com/abtjkoschool. The Joyce Theater is located at 175 8th Avenue, on the corner of West 19th Street.