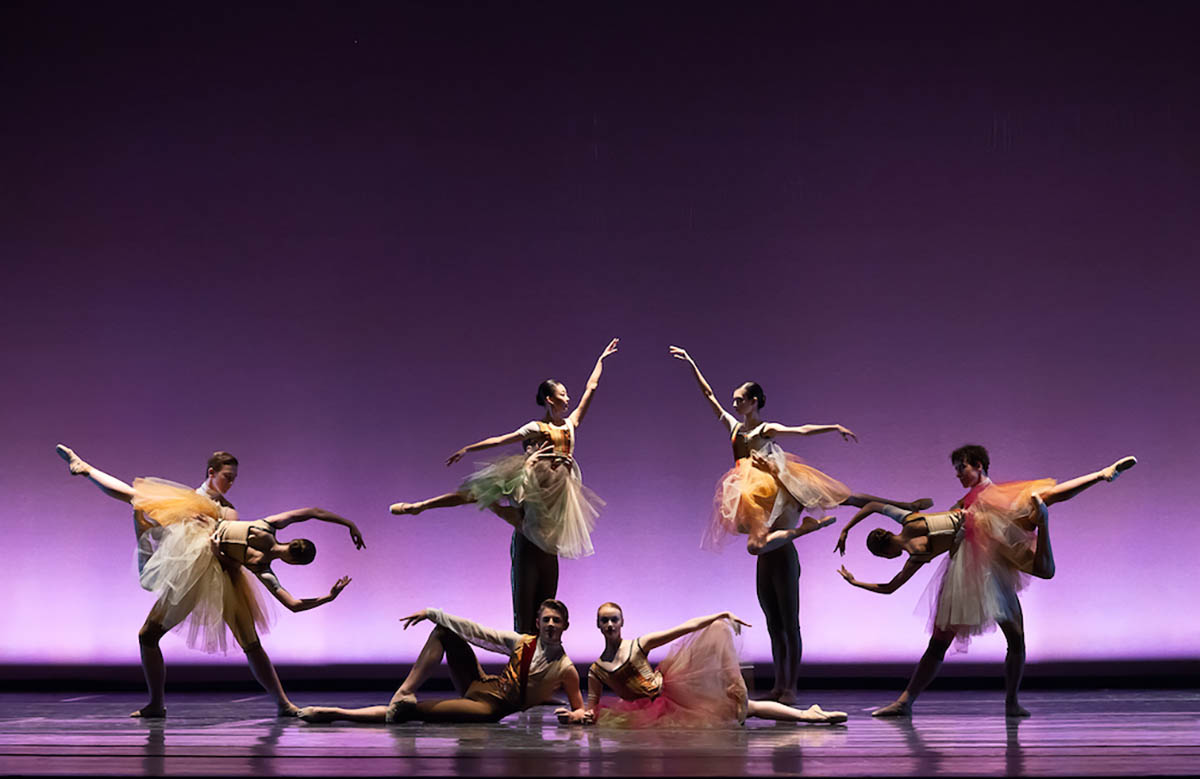 The ABT Studio Company performances will feature mixed programs of classical and new repertory, including George Balanchine’s Tarantella, Don Quixote Wedding Suite and an excerpt from Stanton Welch’s Clear. Five original works created on the Studio Company will be given their New York City premieres at The Joyce: Stefanie Batten Bland’s Pliant, Gemma Bond’s Interchangeable Text, Ma Cong’s On the First Star of the Night, Claudia Schreier’s Neon and Ethan Stiefel’s Overture.

ABT Studio Company, directed by Sascha Radetsky, is a classical ensemble made up of 12 dancers of outstanding potential aged 16-20. As the highest level of the ABT training ladder, ABT Studio Company serves as a crucial bridge between ballet training and professional performance. Three quarters of the current dancers in American Ballet Theatre began their careers in ABT Studio Company, including eleven Soloists and nine Principal Dancers.

ABT Studio Company dancers bring the artistry of American Ballet Theatre to a broad audience through domestic and international tours, choreographic residencies, cultural exchanges and local performances. ABT Studio Company performs masterworks from the classical and neoclassical canons, alongside new commissions. Choreographers who have developed new works on ABT Studio Company in recent years include Jessica Lang, Lauren Lovette, Benjamin Millepied and Liam Scarlett.

The Joyce Theater Foundation (“The Joyce,” Executive Director, Linda Shelton), a non-profit organization, has proudly served the dance community for over three decades. Under the direction of founders Cora Cahan and Eliot Feld, Ballet Tech Foundation acquired and The Joyce renovated the Elgin Theater in Chelsea. Opening as The Joyce Theater in 1982, it was named in honor of Joyce Mertz, beloved daughter of LuEsther T. Mertz. It was LuEsther’s clear, undaunted vision and abundant generosity that made it imaginable and ultimately possible to build the theater. Ownership was secured by The Joyce in 2015. The theater is one of the only theaters built by dancers for dance and has provided an intimate and elegant home for over 400 U.S.-based and international companies. The Joyce has also expanded its reach beyond its Chelsea home through off-site presentations at venues ranging in scope from Lincoln Center’s David H. Koch Theater, to Brooklyn’s Invisible Dog Art Center, and to outdoor programming in spaces such as Hudson River Park. To further support the creation of new work, The Joyce maintains longstanding commissioning and residency programs. Local students and teachers (K–12th grade) benefit from its school program, and family and adult audiences get closer to dance with access to artists. The Joyce’s annual season of about 48 weeks of dance now includes over 340 performances for audiences in excess of 150,000.

Tickets for the ABT Studio Company performances, starting at $41, are available online or by phone at 212-242-0800. The Joyce is located at 175 8th Avenue in Manhattan, on the corner of West 19th Street.