Daniel Camargo to Join ABT as Principal Dancer 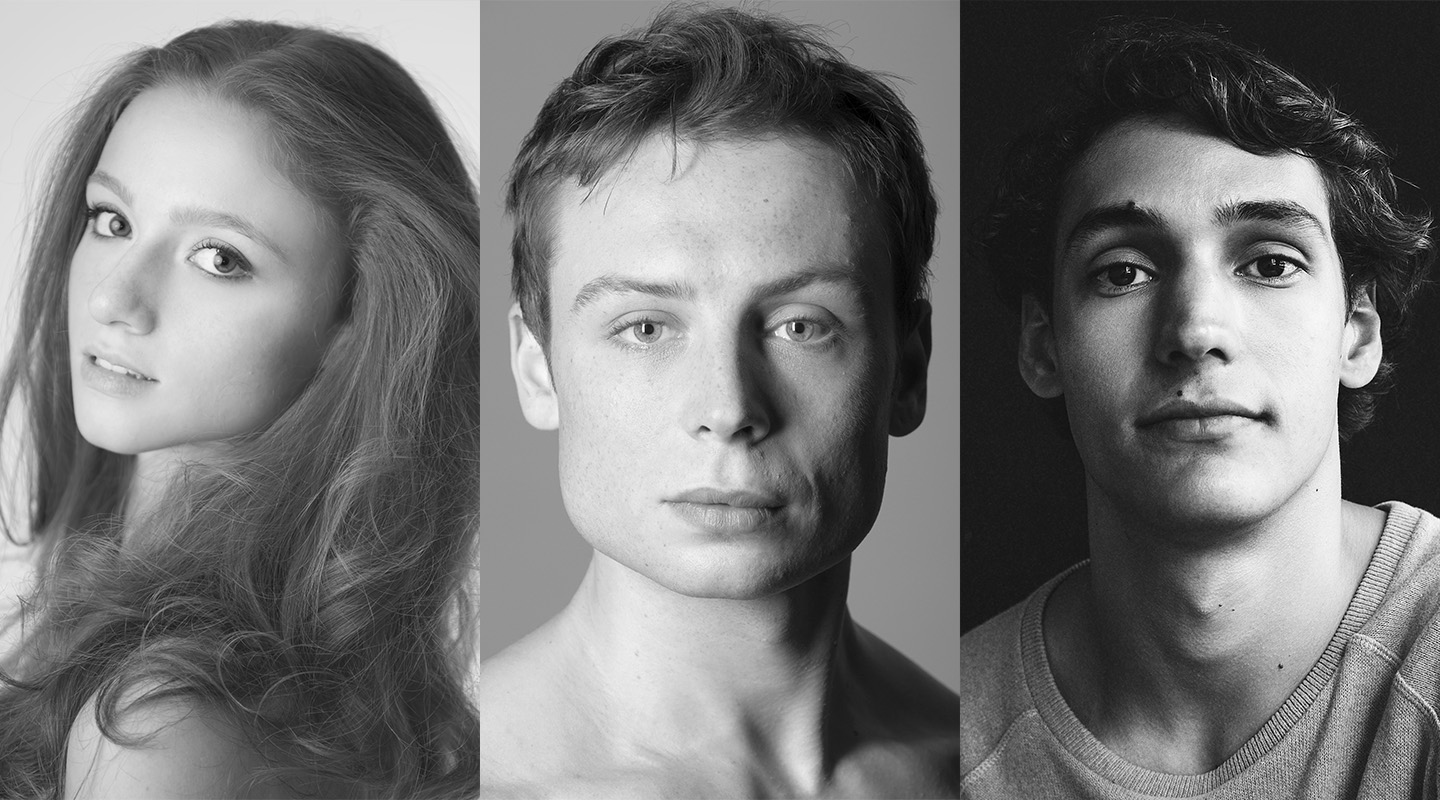 NEW YORK, NY  – Catherine Hurlin and Roman Zhurbin have been appointed to the rank of Principal Dancer with American Ballet Theatre. Breanne Granlund, Sung Woo Han, Betsy McBride, Chloe Misseldine, and SunMi Park have been promoted to the rank of Soloist. Daniel Camargo, a Guest Artist with ABT for the 2022 Summer season at the Metropolitan Opera House, will join the Company as a Principal Dancer. The appointments, announced today by ABT Artistic Director Kevin McKenzie, are effective September 1, 2022.

Born in New York City, Catherine Hurlin began her dance training at Scarsdale Ballet Studio and Westchester Dance Academy. In 2008, she accepted a full scholarship to the American Ballet Theatre Jacqueline Kennedy Onassis School under the direction of Franco De Vita. Hurlin received several awards during her training and attended ABT’s Summer Intensive as a National Training Scholar from 2010–2012. She performed the role of “Clara” in the Radio City Christmas Spectacular at Radio City Music Hall for three years. As a student, she performed with ABT at the Metropolitan Opera House in Mozartiana, The Sleeping Beauty, and Le Corsaire, and created the role of Young Clara in Alexei Ratmansky’s The Nutcracker. Hurlin joined ABT Studio Company in 2012 and became an apprentice with the main Company in December 2013. She joined the corps de ballet in June 2014 and was promoted to Soloist in September 2018. Her repertoire with ABT includes Kitri in Don Quixote, Myrta in Giselle, Clara, the Princess in Ratmansky’s The Nutcracker, Odette-Odile in Swan Lake, and leading roles in repertory works. She has created roles including Callirhoe in Of Love and Rage, Hail in The Seasons, Mademoiselle Marianne Chartreuse in Whipped Cream, and leading roles in Let Me Sing Forevermore and New American Romance. Hurlin was a Clive Barnes Award finalist in 2015. She received the Barbara and John Lehman Dance Honor by the Princess Grace Foundation in 2018 and The Erik Bruhn Prize in 2019.

Roman Zhurbin was born in Moscow, Russia, and came to the United States at age 13. He began his ballet training at 15 at LaGuardia High School and received training at Studio Maestro during his high school years. In 2003, he attended American Ballet Theatre’s Summer Intensive and was asked to join ABT Studio Company. Zhurbin joined ABT as an apprentice in April 2004 and became a member of the corps de ballet in April 2005.  He was promoted to Soloist in August 2014. His roles with the Company include Dr. Coppélius in Coppélia, Don Quixote in Don Quixote, Lysander in The Dream, the Elegy Pas de Deux from With a Chance of Rain, the Father in Fall River Legend, Kaschei in Alexei Ratmansky’s Firebird, Hilarion in Giselle, Death in The Green Table, The Man She Must Marry in Jardin aux Lilas, Monsieur GM and the Jailer in Manon, The Moor in The Moor’s Pavane, Drosselmeyer in Alexei Ratmansky’s The Nutcracker, Prince Gremin in Onegin, The Friend in Pillar of Fire, Father in Prodigal Son, the Head Wrangler in Rodeo, Tybalt in Romeo and Juliet, Some Assembly Required, von Rothbart (Lakeside) in Swan Lake, and leading roles in repertory works. Zhurbin created the King of Babylon and Hermocrates in Of Love and Rage, the Fiance’s Father in On the Dnieper, Cassandre in Harlequinade, Alonso in The Tempest, Boris Wutki in Whipped Cream, and featured roles in Dream within a Dream (deferred) and Everything Doesn’t Happen at Once.

Daniel Camargo was born in Sorocaba, Brazil. He joined the John Cranko School in Stuttgart, Germany in 2005, studying under the Russian teacher Peter Pestov. After graduating in 2009, Camargo joined the Stuttgart Ballet as a member of the corps de ballet and was promoted to soloist in 2012. He was appointed principal dancer with that company in 2013. In 2016, he joined Dutch National Ballet as a principal dancer. Camargo has received several awards, including the Audience Choice Award at The Erik Bruhn Prize competition in 2011 and the Premio Positano in 2017. He was nominated for the Benois de la Danse in 2018 and 2019. Camargo has performed with several international ballet companies, including the Stuttgart Ballet, The Australian Ballet, Dutch National Ballet, Opera di Roma, Czech National Ballet, the Finnish National Ballet, Hong Kong Ballet, The Tokyo Ballet, The Kremlin Ballet, the Mariinsky Theatre, The Royal Ballet, and Teatro Colón. He appeared as a Guest Artist with ABT for the 2022 Summer season at the Metropolitan Opera House. His roles with the Company include Basilio in Don Quixote, Dionysius in Of Love and Rage, Romeo in Romeo and Juliet, and Prince Siegfried in Swan Lake.

Breanne Granlund began her classical training at the age of nine years old with the Ballet Academy of Texas under the direction of Lisa Slagle. There, she danced the title role in Skibine’s Firebird and Paquita in Paquita at the Regional Dance America Southwest Convention. Granlund was chosen to be one of ABT’s National Training Scholars for three years and received the Bender Foundation Award in 2014. That same year, she won first place in the senior category at the Youth America Grand Prix in Dallas, Texas. Granlund joined ABT Studio Company in 2014, joined the main Company as an apprentice in April 2016, and became a member of the corps de ballet in October 2016. Her repertoire includes a Flower Girl in Don Quixote, a Shade in La Bayadère, Younger Sister in Pillar of Fire, one of the Nutcracker’s Sisters in Alexei Ratmansky’s The Nutcracker, The Swallow in The Seasons, the pas de trois and a little swan in Swan Lake, and featured roles in Deuce Coupe, In the Upper Room, and A Time There Was. She created featured roles in Convivium and Praedicere.

Sung Woo Han was born in Seoul, South Korea. He began his ballet training at the Sun-hwa Arts Middle School in his hometown and entered Korea National University of Arts at the age of 17. Han has won numerous awards including Beijing International Ballet Invitational Competition (at which he received the Grand First Prize), International Ballet Competition-Varna, and Youth America Grand Prix. In 2011, Han placed the second prize from Prix de Lausanne and received a full scholarship to the Royal Ballet. Han joined American Ballet Theatre as a member of the corps de ballet in December 2013. His repertoire includes a Cavalier in Cinderella, the Grand Pas de Deux in Don Quixote, Persian Man in The Golden Cockerel, Grand Pas Classique, the Spanish Dance in Alexei Ratmansky’s The Nutcracker, Benno in Swan Lake, a leading role in Monotones II, and a featured role in Raymonda Divertissements. He created a Fairy Cavalier in Ratmansky’s The Sleeping Beauty.

Betsy McBride is originally from Coppell, Texas. She began her training at the Ballet Academy of Texas, and at age 14 joined Texas Ballet Theater’s School. She performed Clara in The Nutcracker with Texas Ballet Theater and joined the company under O.B.E. Ben Stevenson at age 15. McBride was an American Ballet Theatre National Training Scholar and performed in George Balanchine’s Mozartiana during ABT’s tour of Texas at age 11. She was awarded the Grand Prix at the 2007 Youth America Grand Prix Regional Competition and was a finalist at the 2012 Helsinki International Ballet Competition. McBride danced for Texas Ballet Theater, rising through the ranks to principal dancer, from 2007–2015. Some of her principal roles include in Ben Stevenson’s Romeo and Juliet, Swan Lake, The Sleeping Beauty, Cinderella, and The Nutcracker, Ronald Hynd’s The Merry Widow, Solo Girl in Balanchine’s Rubies, and pas de trois in Glen Tetley’s Voluntaries. McBride joined American Ballet Theatre as a member of the corps de ballet in June 2015. Her repertoire with ABT includes a Flower Girl and the Lead Gypsy in Don Quixote, the peasant pas de deux in Giselle, Rosaline in Romeo and Juliet, Snow in The Seasons, Silver Fairy in Alexei Ratmansky’s The Sleeping Beauty, the pas de trois and the Hungarian Princess in Swan Lake, a leading role in Symphonic Variations, and featured roles in repertory works. She created a featured role in Indestructible Light.

Chloe Misseldine began her classical training at Orlando Ballet School. She attended ABT Summer Intensives in Orange County, California and New York City as a National Training Scholar from 2016–2018. In 2016, she performed a traditional Chinese fan dance called Mo Li Hua in the CCTV New Year’s Gala known as the Beijing Spring Festival Gala (Chunwan), broadcast to over 700 million viewers. At age 15, Misseldine earned second place in the 2017 Youth America Grand Prix New York City Finals and performed at the YAGP “Stars of Today Meet the Stars of Tomorrow” Gala. In 2018, she was named a finalist at the Prix de Lausanne and joined ABT Studio Company. Misseldine joined the main Company as an apprentice in December 2019 and became a member of the corps de ballet in September 2021. Her repertoire with ABT includes a Flower Girl in Don Quixote, Queen of Babylon in Of Love and Rage, the Spanish dance in Alexei Ratmansky’s The Nutcracker, the pas de trois and a big swan in Swan Lake, and featured roles in Bernstein in a Bubble and La Follia Variations.

SunMi Park was born in South Korea and began ballet at age 10. She received ballet training at Sun-hwa Arts Middle and High School from 2012–2016 and at Korea National Institute of Gifted Arts from 2014–2016. She was awarded the First Prize at Moscow International Ballet Competition in 2017 and at the Youth America Grand Prix in 2018. Park graduated from Korea National University of Arts in August 2019, and joined American Ballet Theatre Studio Company that September. She became an apprentice with the main Company in November 2021 and joined the corps de ballet in February 2022. Her roles with ABT include a Flower Girl in Don Quixote and the pas de trois in Swan Lake.