Fall Season to Celebrate ABT Choreographers Past and Present with World Premiere by Gemma Bond, New York Premiere Of Jessica Lang's Let Me Sing Forevermore and Revivals Of George Balanchine's Apollo and Clark Tippet's Some Assembly Required 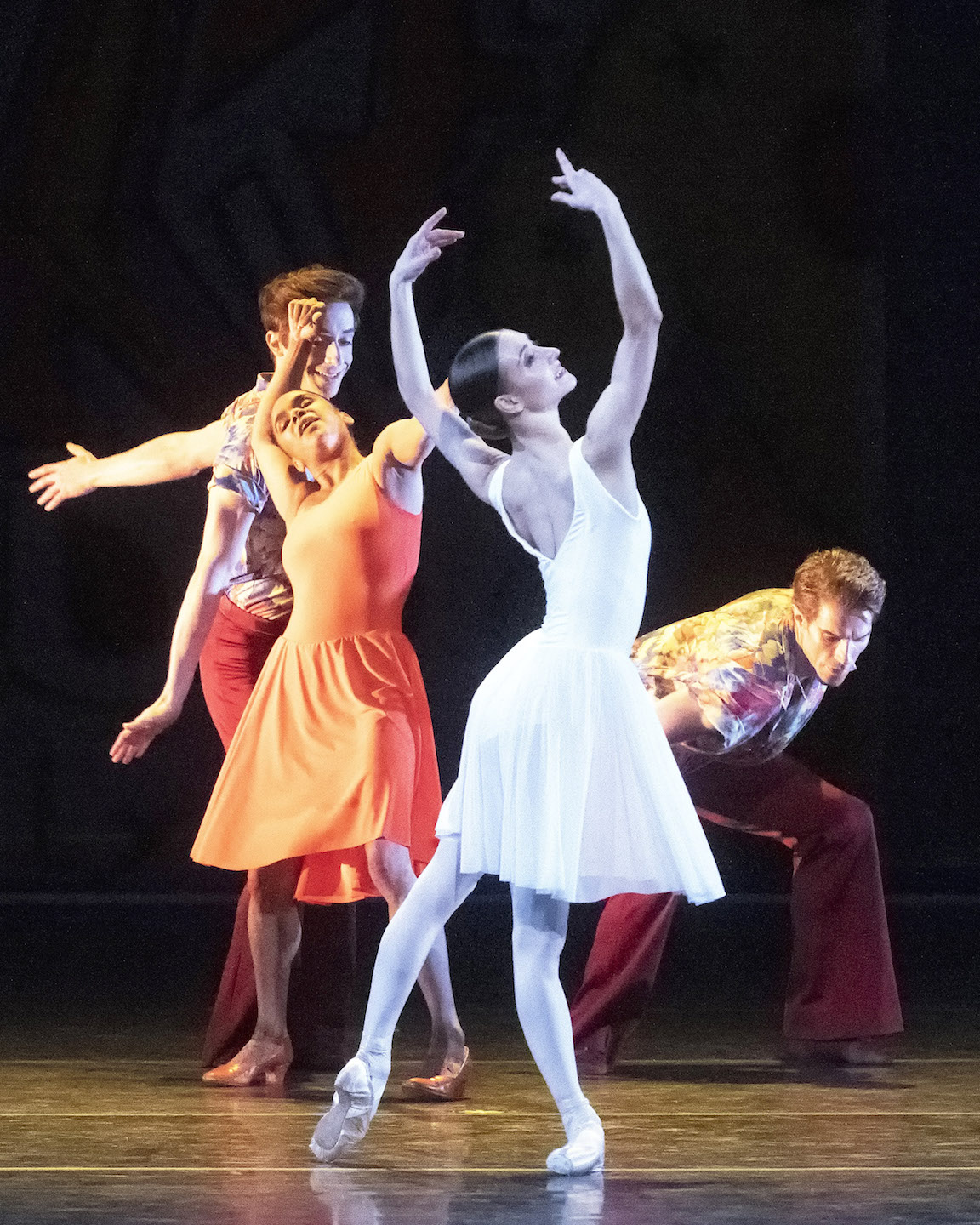 The Company will present a program of works in honor of Principal Dancer Herman Cornejo on his 20th Anniversary with American Ballet Theatre.  This special celebration on Saturday evening, October 26 will include Cornejo in works by George Balanchine and Tharp.

American Ballet Theatre’s Fall season will open with a Gala performance on Wednesday, October 16 at 6:30 PM.  Lisa Lutoff-Perlo, President and CEO of Celebrity Cruises® will be the Fall Gala honoree.  The evening will feature a performance by students of the ABT Jacqueline Kennedy Onassis School, the World Premiere of a new work by Twyla Tharp, Jessica Lang’s Let Me Sing Forevermore and George Balanchine’s Theme and Variations.

The new Tharp work, created for Herman Cornejo and ABT Company members, will be given its World Premiere at the opening night gala on Wednesday evening, October 16.  Tharp’s new ballet, her 17th for ABT, will be set to String Quintet No. 2 in G major, Op. 111 by Johannes Brahms with lighting by Jennifer Tipton. The work will be given five performances during the season.

A World Premiere work by ABT corps de ballet member Gemma Bond is scheduled for Wednesday evening, October 23.  Set to Benjamin Britten’s Suite on English Folk Tunes for orchestra, Bond’s first work for ABT will feature costumes by Sylvie Rood and lighting by Serena Wong.  The new work will be given three performances during the Fall season.

The 2019 Fall season will feature revivals of George Balanchine’s Apollo and Clark Tippet’s Some Assembly Required.

Apollo, choreographed by Balanchine and set to music by Igor Stravinsky, will have its Revival Premiere on Friday evening, October 18.  The ballet was given its world premiere by Serge Diaghilev’s Ballets Russes at the Theatre Sarah Bernhardt, Paris on June 12, 1928. The ballet received its first American performance by Ballet Theatre at The Metropolitan Opera House, New York on April 27, 1937.  Apollo was first performed by American Ballet Theatre on April 25, 1943 at the Metropolitan Opera House in New York with André Eglevsky as Apollo, Vera Zorina as Terpsichore, Nora Kaye as Polyhymnia and Rosella Hightower as Calliope.  Staged for ABT by Victoria Simon, Apollo was last performed by the Company in 2012.

Clark Tippet’s Some Assembly Required will be revived for the 2019 Fall season for four performances beginning Friday evening, October 18.  Set to William Bolcom’s Second Sonata for Violin and Piano, the ballet features costumes by Gary Lisz and original lighting by Jennifer Tipton.  Some Assembly Required received its World Premiere by American Ballet Theatre on April 14, 1989 at the Kennedy Center for the Performing Arts in Washington, D. C., performed by Amanda McKerrow and John Gardner.  Staged for ABT by McKerrow and Gardner, the ballet was last performed by the Company in 2009.

Alexei Ratmansky’s The Seasons returns for three performances beginning Thursday, October 17.  Set to The Seasons by Alexander Glazunov, the ballet features costumes by Robert Perdziola and lighting by Mark Stanley.  The Seasons, Ratmansky’s 16th ballet for ABT, received its World Premiere on May 20, 2019 at the Metropolitan Opera House.

Jessica Lang’s Garden Blue will be given three performances beginning Wednesday, October 23.  The ballet is set to Piano Trio No. 4 in E Minor “Dumky,” Movements 1, 2 and 3 by Antonín Dvořák, with scenery and costumes by American artist Sarah Crowner and lighting by Nicole Pearce.  Garden Blue received its World Premiere on October 19, 2018 at the David H. Koch Theater in New York City.

Twyla Tharp’s Deuce Coupe will be given five performances during the Fall season beginning Friday, October 18.  Set to music by The Beach Boys, Deuce Coupe features scenery and costumes by Santo Loquasto, after original costume design by Scott Barrie and original scenics by United Graffiti Artists, and lighting by Jennifer Tipton.  Deuce Coupe was given its World Premiere in 1973 by The Joffrey Ballet at the Auditorium Theatre in Chicago, Illinois and received its ABT Company Premiere on May 30, 2019 at the Metropolitan Opera House.

Dream within a Dream (deferred), created by Michelle Dorrance for ABT in 2018, will return for three performances beginning Wednesday, October 23.  Set to music by Duke Ellington, the ballet features costumes by Linda Cho and lighting by Brad Fields.  A co-commission with the Vail Dance Festival, Dream within a Dream (deferred) received its World Premiere on October 17, 2018 at the David H. Koch Theater in New York City.

A special matinee on Saturday, October 26 will feature family friendly programming including ABT Studio Company in Interchangeble Text by Gemma Bond and season works by George Balanchine, Jessica Lang and Twyla Tharp.  Children (ages 6-18) receive a 50% discount off tickets with the purchase of a full-priced adult ticket.

Tickets for American Ballet Theatre’s 2019 Fall season at the David H. Koch Theater go on sale beginning July 22, 2019 at 10:00 AM.  Tickets priced from $30 are available online, at the Koch Theatre box office or by phone at 212-496-0600.  Performance-only tickets for the Opening Night Gala begin at $35.  The David H. Koch Theater is located at Lincoln Center, Broadway and 63rd Street in New York City.  For more information, please visit ABT’s website at www.abt.org.

Theme and Variations is generously underwritten through an endowed gift from Mr. and Mrs. John C. Sites, Jr.

Deuce Coupe is generously supported through an endowed gift from The Toni and Martin Sosnoff New Works Fund.

The Family Friendly Matinee is generously underwritten by Bloomberg Philanthropies.