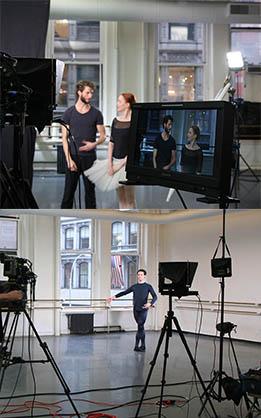 For the second time this year, dancers from American Ballet Theatre will be featured in a special ballet category on the television quiz show JEOPARDY!.  On Tuesday, November 17, 2015, in a category entitled “Tough Ballet,” ABT Company members will demonstrate iconic excerpts from its repertoire and read the accompanying clues.

JEOPARDY!, America’s Favorite Quiz Show®, and its host, Alex Trebek, are in their 32nd season in syndication. The top-ranked quiz show, with 26 million viewers each week, JEOPARDY! holds the Guinness World Records® title for the most Emmy® Awards won by a TV game show (32 Emmys), including the 2015 Emmy® for Outstanding Game Show. In 2014, JEOPARDY! won the inaugural Writers Guild of America award for Outstanding Writing for a Quiz and Audience Participation Show; it is also the recipient of a 2011 Peabody Award. JEOPARDY! is produced by Sony Pictures Television, a Sony Pictures Entertainment Company; it is distributed domestically by CBS Television Distribution and internationally by CBS Television International, both units of CBS Corp. For more information, please visit Jeopardy.com.