ABT Today to Announce ABT RISE: Representation and Inclusion Sustain Excellence, a Renewed Commitment to Diversity, Equity, and Inclusion 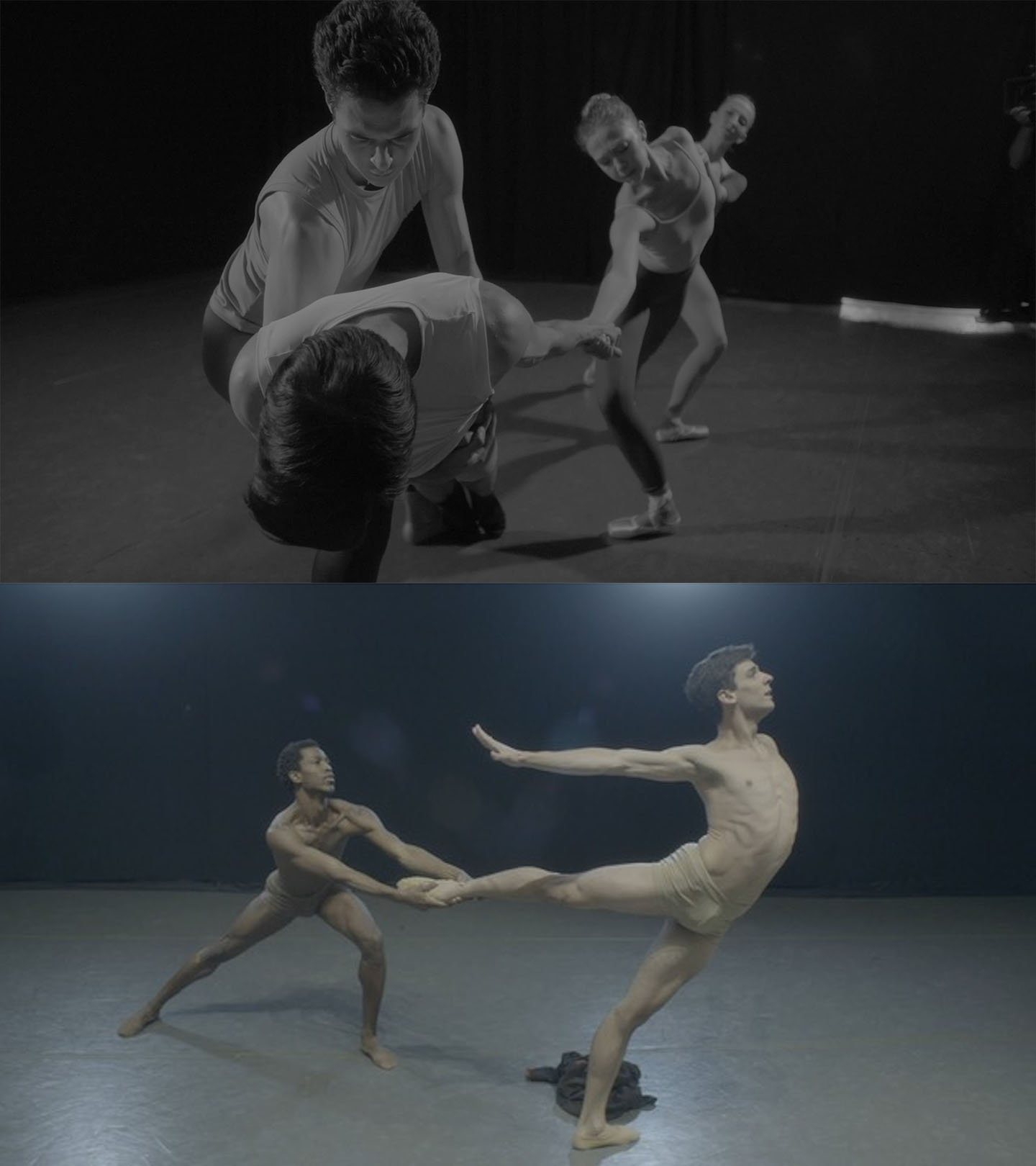 Celebrating the trailblazing spirit that has propelled American Ballet Theatre for eight decades, ABT announces a program that exemplifies innovation and inclusion.  ABT Today: The Future Starts Now will feature the Company’s world-class dancers in four World Premiere performances on Monday, November 23 at 7 P.M. EST on ABT’s YouTube Channel.  The program will also include the public launch of ABT RISE (Representation and Inclusion Sustain Excellence), ABT’s commitment to becoming a markedly more inclusive and diverse organization.

ABT Today will feature four World Premieres: Convivium, a work for four dancers by Gemma Bond; Indestructible Light, a work by Darrell Grand Moultrie for six dancers; Touché, a male pas de deux by Christopher Rudd; and David, a solo choreographed by Pam Tanowitz for David Hallberg.  All new works were created in isolation in upstate New York and New York City during the months of September and October.  Each work will feature a brief introduction by the choreographer, along with behind-the-scenes footage.

Bond’s Convivium, set to Variations for Clarinet, Violin, and Piano by John Harbison, was created on ABT dancers and filmed while safely quarantined at the Silver Bay YMCA Conference and Family Retreat Center in Silver Bay, New York.  The cast for Convivium includes Breanne Granlund, Soloist Katherine Williams, Principal Dancer Thomas Forster, and Carlos Gonzalez. Convivium is Bond’s second work for ABT following her debut work for the Company, A Time There Was (2019).

“I wanted to make a new work that would celebrate the dancers finally coming together in a studio after eight months of being apart,” said Bond.  “When I arrived, it seemed almost impossible to ignore the new normal and just create a celebration piece.  The dancers were extremely careful with each other, not only physically, but emotionally.  Each one of their personalities and actions during our time together created the structure of Convivium.”

Speaking about his new work, Moultrie said, “Indestructible Light is inspired by where we are now in our lives and how important it is to stay connected to hope, love, and joy.  I wanted the great music of American composers Duke Ellington, Neal Hefti, Billy Strayhorn, and Count Basie to serve as the foundation to take the dancers on an exciting, physical journey that resonates with audiences.  I’m always excited about finding ways to use great music and the dancers’ bodies to bring inspiration to people.  No matter what’s happening around us, we must always remember there’s a light within that can never be shut off.”

“My works are driven by my desire to better the world through dance,” said Rudd.  “When Kevin McKenzie offered me the commission a year ago, I was worried that I would have to compromise my voice in order to fit into an existing culture.  Instead, I spoke and was heard.  That proved to be the first step towards the creation of Touché, and what I hope will be the first of many steps towards using dance to push culture forward and using culture to push dance forward.  I believe both dance and culture are ready for this push.”

Through a reflective look at Godard’s Contempt, Principal Dancer David Hallberg dances in isolation in David, a new film by Pam Tanowitz and Jeremy Jacob. Classical, modern, and quotidian vocabularies of dance are deconstructed and juxtaposed to make evident the tension between the external pose and the internal imaginary.

Crafted outdoors on Tanowitz’s patio at her New York City apartment, David was created in collaboration with cinematographer Daniel Rampulla with costumes created by Reid Bartelme and Harriet Jung.  It is set to music by Lawrence Baldwin and Luigi Boccherini and was filmed at the Pavilion in the Pond on the grounds of The Philip Johnson Glass House in New Canaan, Connecticut.

ABT Today will also offer a preview of new works created by Lauren Lovette, Hope Boykin, and Amy Hall Garner for ABT Studio Company.

ABT Today: The Future Starts Now will point to the future of the Company with the introduction of ABT RISE, Representation and Inclusion Sustain Excellence, a reinvigorated institutional commitment to fostering inclusion and increasing diversity at all levels of the organization.  Through initiatives existing and growing under the ABT RISE umbrella, ABT will champion, enhance, and support inclusion and diversity on its stages, in the studios and classrooms where ABT operates, behind the scenes in ABT’s administrative staff and creative teams, as well as in the audiences and communities ABT serves in New York City and around the world.

“As America’s National Ballet Company®, our continued excellence will be fueled by the inclusion of diverse individuals and viewpoints in all that we do,” said Kara Medoff Barnett, ABT Executive Director.  “As we continue to listen, reflect, and learn, we will foster consistent, candid dialogue, and we will produce art that explores and elevates our shared humanity.  Diversity, equity, and inclusion are now, and will continue to be, lenses for all decision making and planning.  In launching ABT RISE, we will build on Project Plié, continuing and expanding access to education programs that diversify our talent pipeline and embedding new initiatives and practices across the Company.”

ABT RISE initiatives and activities already underway are guided by ABT Chief Administrative Officer Kimberly Ayers Shariff and supported by the DEI Working Group, an Employee Resource Group, as well as the ABT RISE Advisory Council, a group of trustee and non-trustee advisors and ambassadors committed to helping ABT learn, improve, and lead.  Training sessions, keynotes, and webinars, professionally facilitated and peer-guided conversations, as well as formal mentorship programs are being provided to all members of the ABT community.

“The recent events in our country have spurred the ABT community to prioritize, re-imagine, and build upon the significant DEI work that has been done at ABT over the years.” said Kimberly Ayers Shariff.  “The aim is to assure that our culture fosters a sense of belonging where all voices will be heard and can be expressed authentically.”  With the support of ABT leadership at all levels and the dedicated and energetic spirit of individuals from all constituencies in the ABT community, Shariff said, “we are poised to weave the commitment embodied by ABT RISE into the fabric of our organization assuring that everyone in our community is supported, positioned to thrive, and deeply engaged in demonstrating that equitable representation sustains excellence in our artform.”

Some of the artistic initiatives, education programs and organizational partnerships that further the ABT RISE commitment include:

For more information about ABT RISE, please visit www.abt.org/ABTRISE.

“ABT Today will include highlights of artistic and education activities advancing ABT RISE,” said Kevin McKenzie, ABT Artistic Director.  “With renewed resolve, ABT is prioritizing representation across America’s National Ballet Company®, reflecting the diversity and dynamism of our country, and introducing an array of perspectives into decision-making and storytelling.”

ABT Today: The Future Starts Now is produced by Matador Content.  Additional segments were filmed and edited by Henry Evans and Zipline Media, Matthew Donnelly, and Nic Petry and Dancing Camera.

A pre-performance “Bubbly Barre” at 6 P.M. EST on November 23, Zoom receptions with ABT artists, and other unique experiences begin at $1,000.  For more information, please email specialevents@abt.org.  For more information on ABT Today: The Future Starts Now, please visit www.abt.org/ABTToday.

Funds raised through ABT Today will be directed to supporting people and programs that advance diversity, equity, and inclusion on and off the stage.

Special thanks to ABT Today’s wine sponsor, Gérard Bertrand.

Champion support for the ABT Women’s Movement is provided by Jenna Segal.  Additional leadership support provided by the Virginia B. Toulmin Foundation.

Special thanks to Denise Littlefield Sobel for her leadership gift to ABT’s Media Fund, advancing the Company’s digital endeavors.