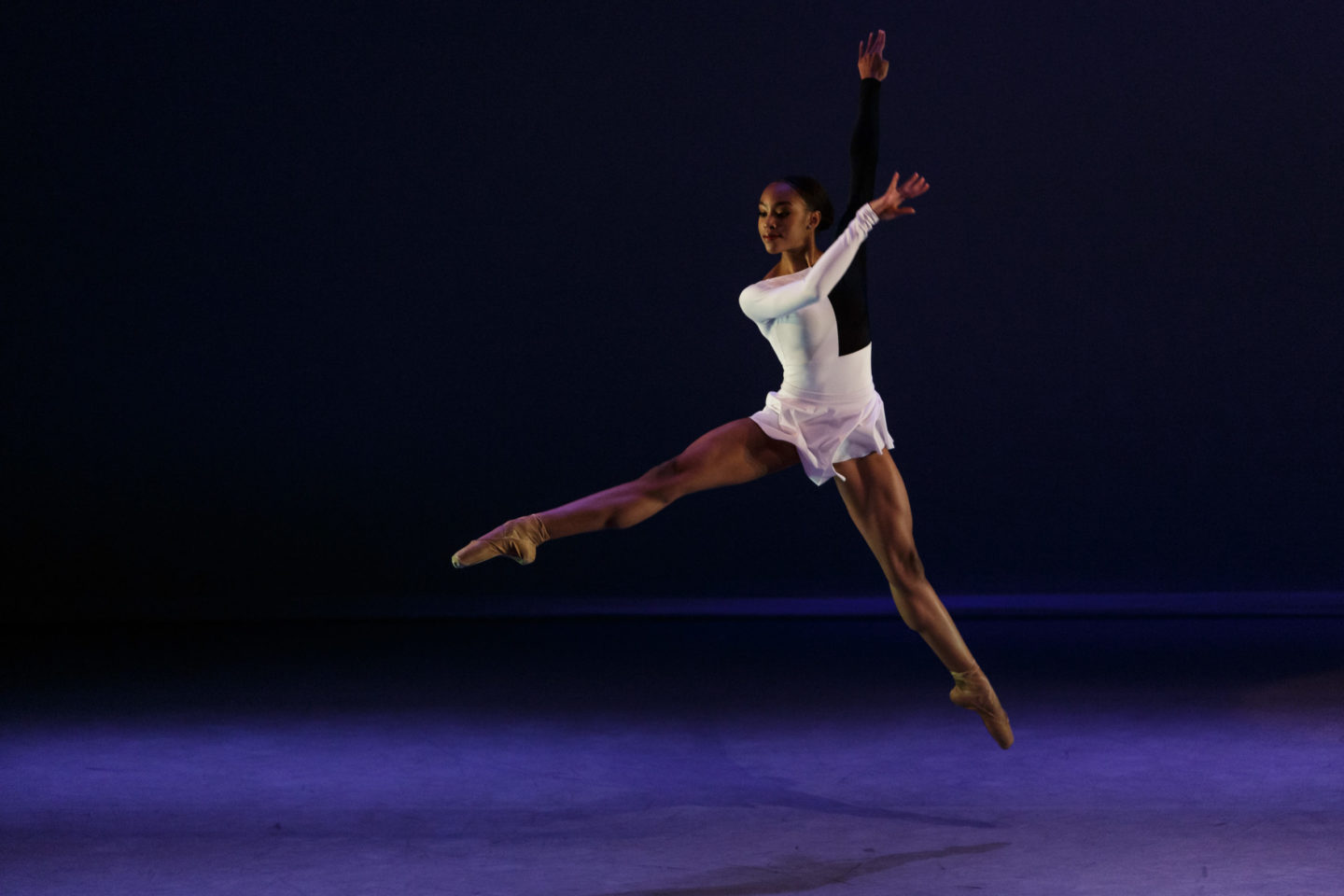 ABT Studio Company dancers from New York, California, Oregon, Virginia, Pennsylvania, Georgia, Texas, South Korea, Japan, and the Philippines gathered in the Fall of 2020 for a “ballet bubble” at Goodspeed Musicals in East Haddam, Connecticut and at Kaatsbaan Cultural Park in Tivoli, New York.  Dancers, staff, and creators followed stringent Covid-19 safety protocols in order to train and collaborate in person.  Filmed at Kaatsbaan, the ABT Studio Company Winter Festival highlights ABT Studio Company’s mission to develop the next generation of ballet dancers, choreographers, and audiences.

ABT Studio Company Winter Festival will open on Tuesday, February 9 with a mix of classic and neo-classical works, presented along with Studio Company premieres and a World Premiere.

Lauren Lovette, a principal dancer with New York City Ballet, has choreographed La Follia Variations for eight members of ABT Studio Company. Set to music by Francesco Geminiani, recorded by East Coast Chamber Orchestra, La Follia Variations was created in March 2020 in the final days before the Covid-19 pandemic forced the studios to close.  La Follia Variations, set for its World Premiere on Tuesday, February 9, is Lovette’s second work for ABT Studio Company following Le Jeune in 2017.  “The progression of steps is one of my favorites among the classical ballet style,” said Lovette. “These dancers give me hope for the future of dance, and this piece of choreography is a celebration of that hope.”

The digital premiere of Amy Hall Garner’s Escapades, choreographed in 2019 and intended to be performed in London in spring 2020, is set to music by Ezio Bosso and Guy Sigsworth.  With costumes styled by Garner, Escapades received its World Premiere by ABT Studio Company in Manila, the Philippines on November 7, 2019.  “Escapades is an homage to the spirit, sensitivity, and passion of youth,” said Garner. “The duality of vulnerability and the intersection of expertise through movement reflect the parallel space of expression and exposure.”

A suite from Seven Sonatas, choreographed by Alexei Ratmansky and staged by Stella Abrera, will receive its ABT Studio Company premiere on Tuesday evening, February 9.  Seven Sonatas suite, set to Sonata in E Minor K. 198 and Sonata in A Major K. 39 by Domenico Scarlatti and performed by Michael Scales, features costumes by Holly Hynes.  Seven Sonatas was given its World Premiere by American Ballet Theatre in 2009.

Act I of ABT Studio Company Winter Festival will also include performances of Gopak (Variation) and the first pas de deux from The Leaves Are Fading.

Gopak, a Ukrainian folk dance variation, is staged by Gennadi Saveliev after Rostislav Zakharov.  Gopak is set to music by Vasily Solovyov-Sedoi.

The first pas de deux from Antony Tudor’s The Leaves Are Fading (1975) is staged for ABT Studio Company by Amanda McKerrow and John Gardner.  The Leaves Are Fading, which received its World Premiere by American Ballet Theatre in 1975, is set to music by Antonin Dvořák and features costumes by Patricia Zipprodt.

ABT Studio Company Winter Festival will continue on Wednesday, February 10 at 7 P.M. featuring a World Premiere and returning repertory.

Class Concert, choreographed by ABT Studio Company Artistic Director Sascha Radetsky and set to music arranged and performed by Michael Scales, will receive its premiere on Wednesday, February 10 performed by 14 members of ABT Studio Company. Describing the work, Radetsky explained, “In Class Concert, a tribute to the dancer’s ritual morning practice, our young artists drill their technique first at the barre, then gather speed and space until they rise above the floor in flights of virtuosic and joyous movement.”

Grey Verses, choreographed by Brendan Saye, a principal dancer with The National Ballet of Canada, is set to music by Claude Debussy, John Corigliano, and Sergei Rachmaninoff.  Grey Verses received its ABT Studio Company Premiere in Manila, the Philippines on November 8, 2019.  “My intent with Grey Verses was to manifest loss, love, and humanity,” said Saye.  “I wanted the piece to feel intimate, accessible, and above all, honest, in the hopes that the audience may see something of their own in its open identity.”

Act II of the ABT Studio Company Winter Festival will round out with a suite from Le Corsaire, staged by Radetsky after Marius Petipa.  The suite is set to music by Adolphe Adam, performed by Michael Scales.

“The repertoire in these programs, which ranges from classical and neoclassical to modern works, reflects ABT’s commitment to cultivating both innovative new choreography and a promising new generation of dancer,” said Radetsky.  “We all feel deeply fortunate to have safely gathered in our ballet bubble.  The opportunity to train, create, and perform in person once again, after a long period of isolation and during a crucial point in our young dancers’ artistic development, was a gift.  We are grateful as well for the privilege of working with choreographers like Hope, Lauren, Amy, and Brendan, who animated our studios – in person and virtually – with artistry and imagination.”

ABT Studio Company, under the artistic direction of Sascha Radetsky, is a classical ensemble of dancers of outstanding potential aged 17–21.  As the highest level of the ABT training ladder, ABT Studio Company serves as a crucial bridge between ballet training and professional performance. 80% of the current dancers in American Ballet Theatre began their careers in ABT Studio Company, including seven Soloists and twelve Principal Dancers.  Each season, ABT Studio Company commissions new choreography, allowing the dancers to participate in the process of new work creation.  ABT Studio Company engages the broadest possible ballet audience by performing varied, vital repertoire in a range of venues around the globe.

ABT Studio Company Winter Festival was filmed and produced by creative director Henry Evans and Zipline Media, with lighting by Ash Umhey.

A complete schedule of works for ABT Studio Company Winter Festival follows.

Escapades by Amy Hall Garner was commissioned with leadership support from Brian Heidtke.