This week we celebrate the choreographer:

cho·re·og·ra·pher| kôrēˈäɡrəfər | noun | a person who composes the sequence of steps and moves for a performance of dance: a professional choreographer.

Every ballet begins with an idea. Sometimes it is bringing a narrative story to life, while other times it may be as simple as having dancers represent the instruments being played in the music. While ideas can come from any member of the creative team (costume designers, set designers, lighting designers, etc.) it is the responsibility and job of the choreographer to share their visions for the ballet and make all of the decisions, much like a director would on a film.

Today we sit down with ABT dancer Jose Sebastian, who was recently appointed as the new director of ABT Incubator. ABT Incubator is an annual choreographic workshop that provides up and coming choreographers from inside and outside the Company with time and resources for the creation of new work, including mentorship with choreographer Jessica Lang (whom you will meet this week on Throwback Thursday!)

Up this week: Kelby Brown!

The Art of Choreography

Create Your Own Choreography

Sometimes choreographers can find inspiration in the most interesting places. Contemporary choreographer Merce Cunningham made a career creating choreography by “chance.” Simple things like flipping a coin or rolling dice could inform the choreographer’s decision as to what steps come next.

Sometimes leaving the inspiration totally up to chance can develop the most successful choreography. Anyone can choreograph a dance, even you! Try to choreograph your own dance using our choreography wheels below to guide you.

Spin each wheel twice and create your own dance using whichever movements, directions, and levels you land on. If you land on a question mark, you get to choose!

Don’t forget to have fun and come back and make as many dances as you want!

Every Thursday we pull a photo from our archives and share it with one of our ABT dancers or choreographers. You never know what stories may come from a single snapshot!

“It’s safe to say that all choreographers were, at one point in their life, a dancer, but not all dancers are choreographers.  Much like a relationship between actors and directors is needed to create a movie or a tv show, dancers and choreographers are the strongest, most important partnership needed to make a ballet.

After going to college at The Juilliard School and being a member for Twyla Tharp’s company for a few years, I realized rather young that I would like to create dance instead of perform it. I didn’t want to be on stage and I would rather be the person responsible for creating the production.

In September 1999, I choreographed my first ballet (fifth ever) for ABT Studio Company. I had made several works in school, and then won the Hubbard Street Choreographic Competition, but I was pretty new in my experience as a choreographer. John Meehan was the [ABT Studio Company] Artistic Director who commissioned me and he gave me freedom to make anything I wanted on his dancers. In addition to developing my artistic ideas and craft, I understood my role was to give these young dancers, who ranged from ages 16-20 years old, an experience that would help propel their training into becoming professional dancers ready for ABT’s main Company.

The ballet I created was called Oblivion and set to the music of composer Astor Piazzolla. It featured 8 dancers, 4 women and 4 men. The creation process was 3 weeks followed by the premiere at the University of North Carolina School of the Arts (UNCSA) during a residency partnership. The ballet proved to be a great success, so much so that Mr. Meehan kept the ballet in the Studio Company’s repertoire for the next five years. Some of the dancers who performed Oblivion during their time with ABT Studio Company include Principal Dancers Misty Copeland, David Hallberg, Hee Seo and Cory Stearns, and Soloist Blaine Hoven.

What is special about this memory is now, 20+ years later, these dancers and I have developed into our artistic potential. The art we made together when we were young demonstrated great possibilities ahead. And today, we continue to create beautiful ballets together for American Ballet Theatre.”


The Gift, performed by the ABT JKO School, ABT Studio Company and ABT Apprentices (2017).
Photo: Marty Sohl.

Write about something you created that made you proud.

Create Your Own Whipped Cream Scene

While it’s true that the choreographer creates all of the steps to the ballet, the job is actually much bigger and more difficult. They are responsible for how all of the costume, scenic and musical elements come together. Step into the shoes of ABT Artist in Residence Alexei Ratmansky as he prepares for his spectacular ballet Whipped Cream!

Print out the set design by the fabulous Mark Ryden on the largest paper size you can. Look at the pages of dancer images and print and cut out any that inspire you for your ballet.

What fantastical story will you tell? 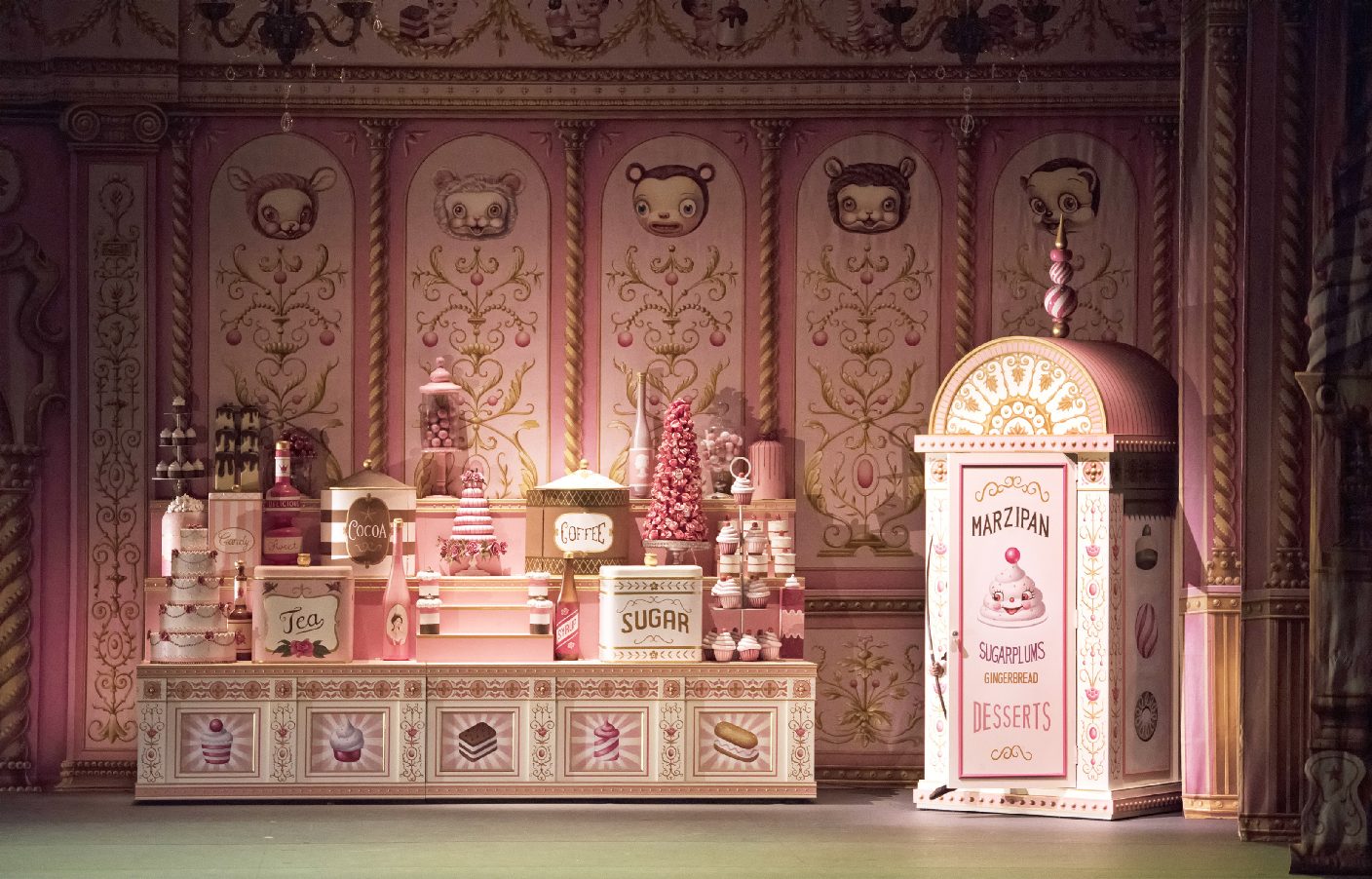 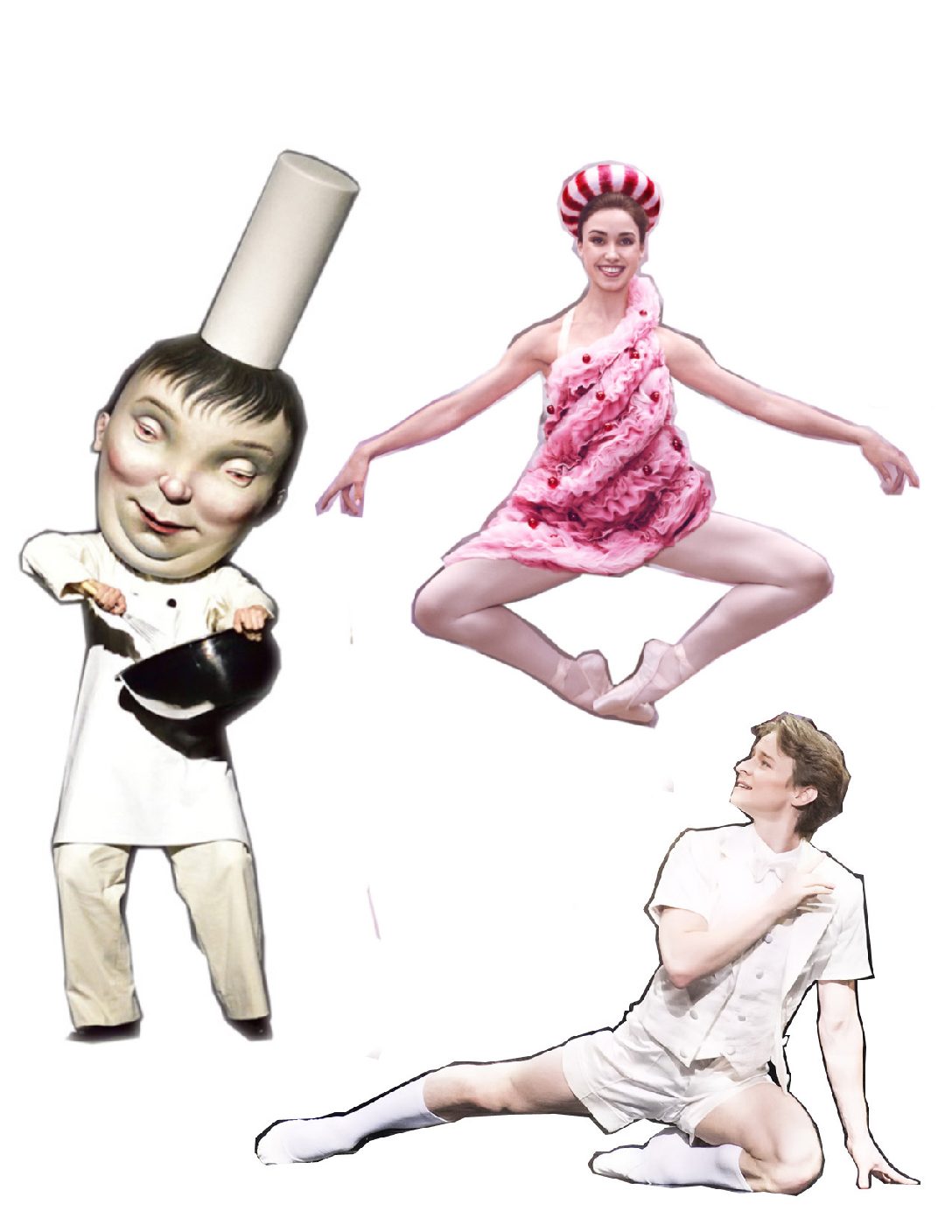 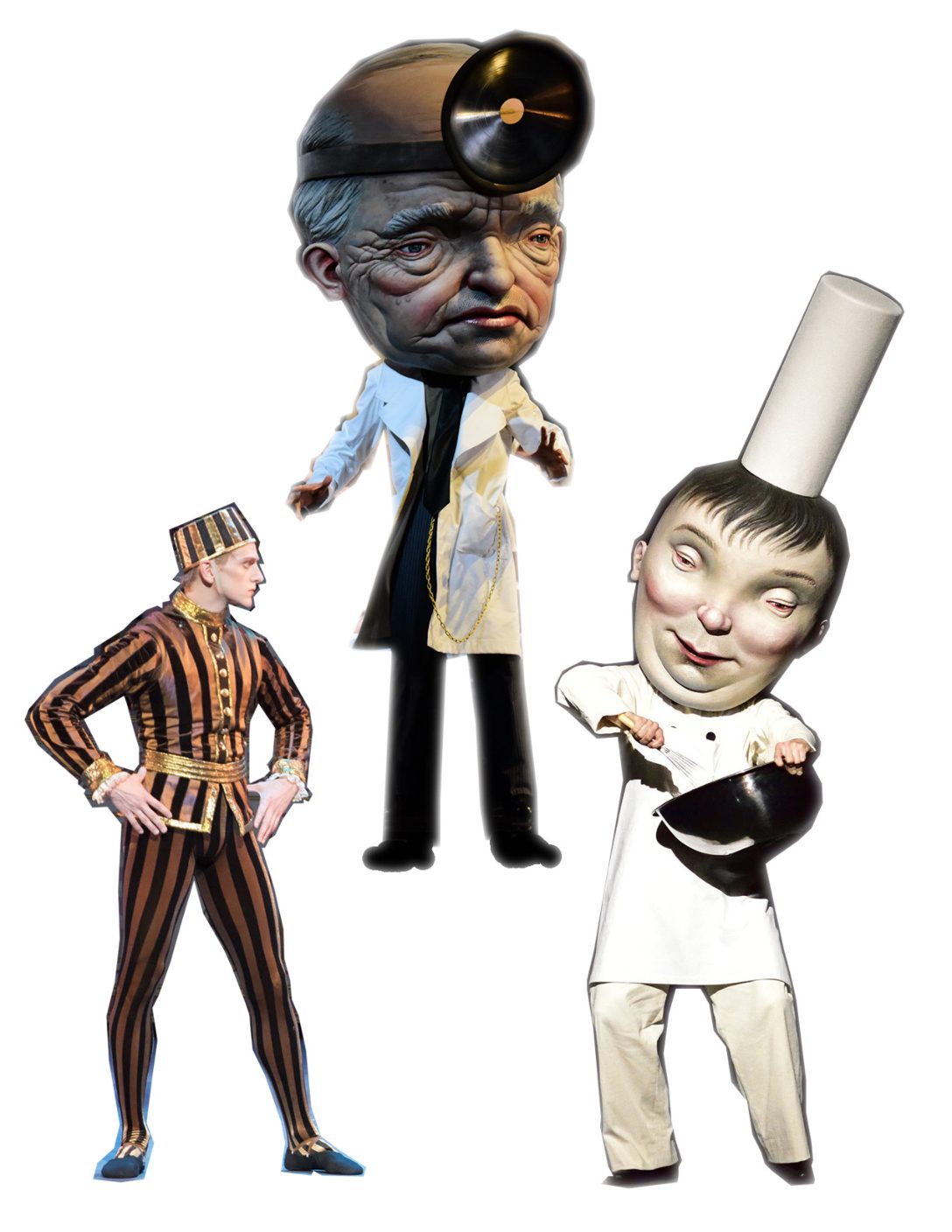 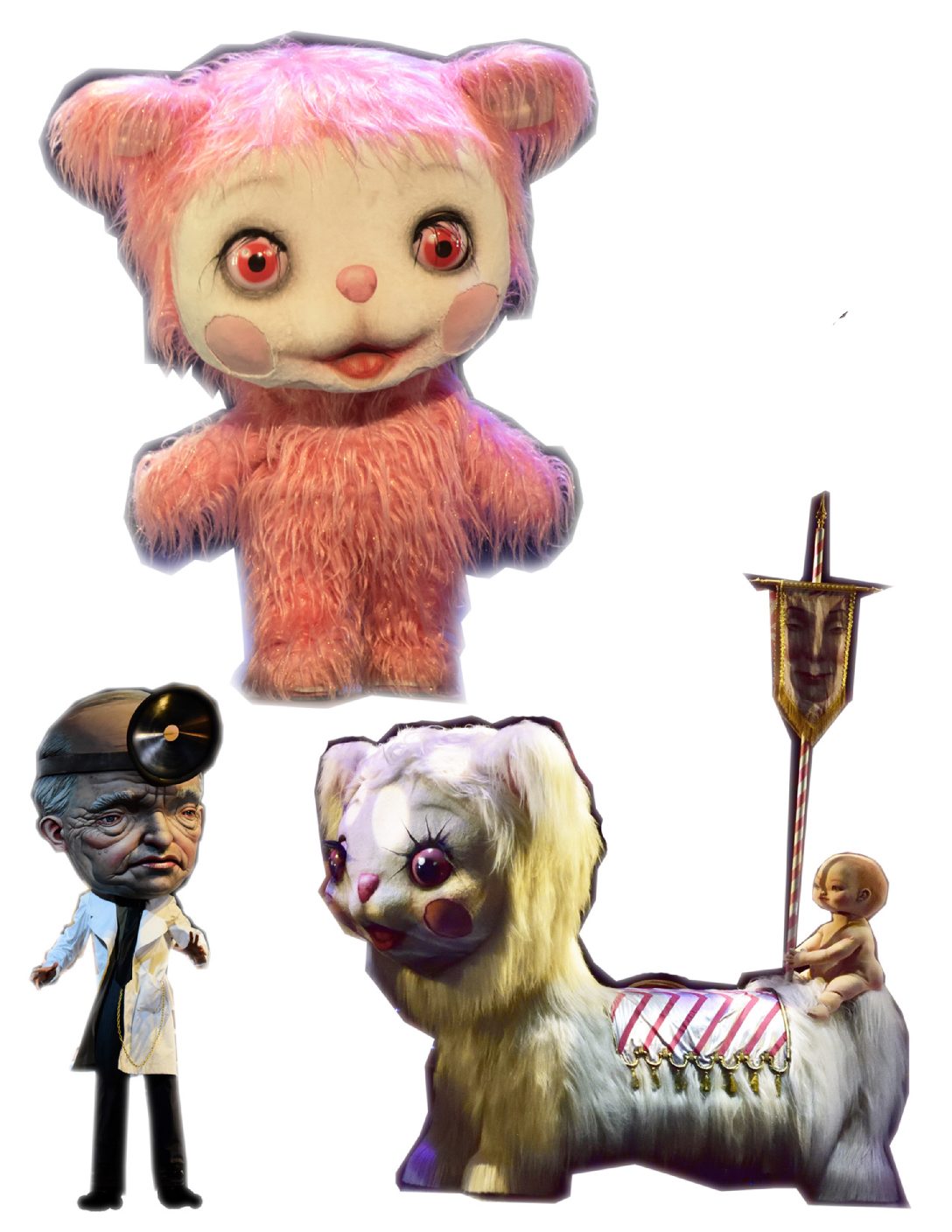 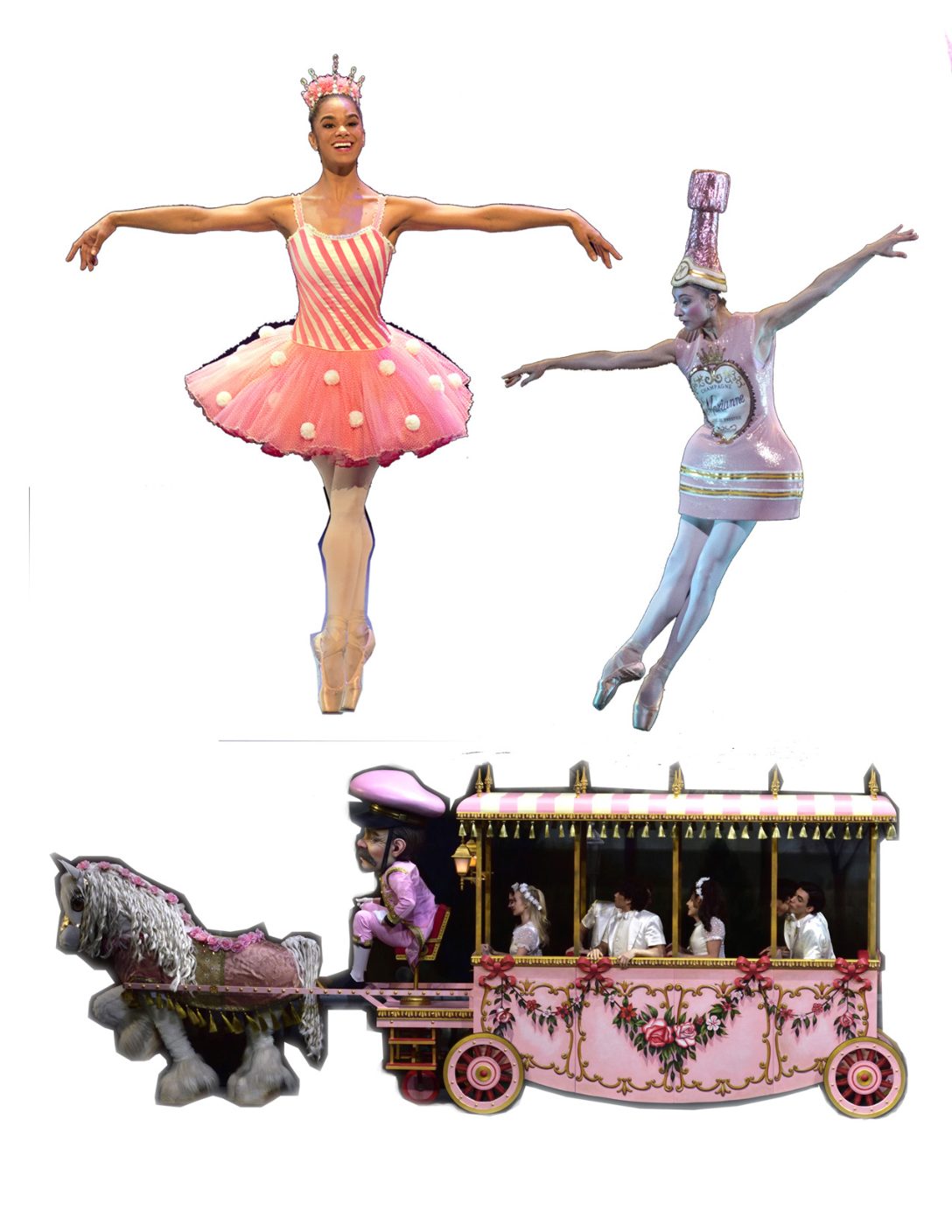 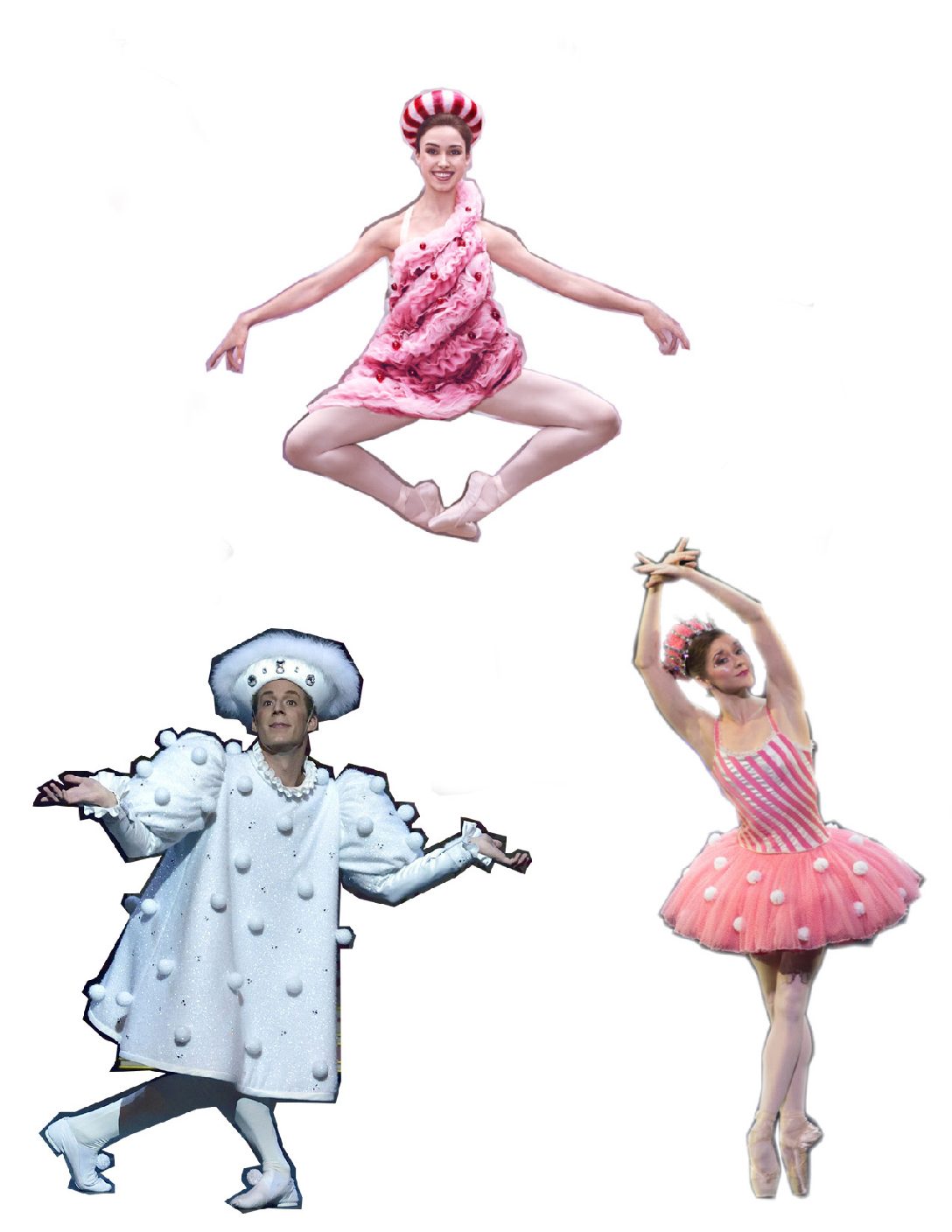