Welcome to ABTKids Daily, American Ballet Theatre’s home for families and educators to discover digital content for their virtual classrooms.  Join us each day to Meet an ABT Dancer, engage with an ABT Teaching Artist, learn fun facts and enjoy ballet-themed activities from the comfort of your own home. 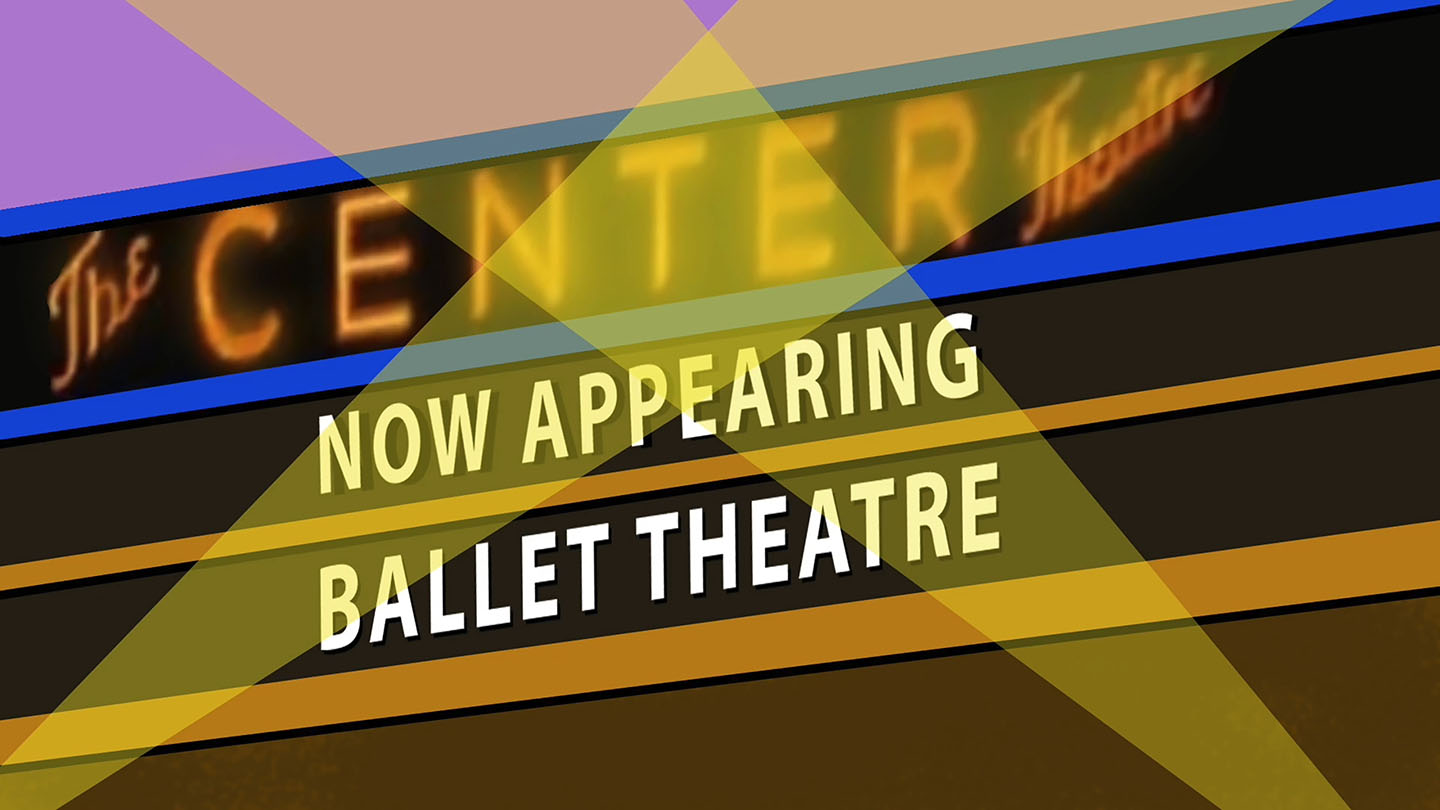 Watch ABTKids at the Top of the Rock!
Presented in partnership with Rockefeller Center
as part of their 2021 Spring Sunday event.

Watch ABTKids 2020: B is for Ballet!
Presented in partnership with Random House Children’s Books, the program is inspired by B Is for Ballet: A Dance Alphabet.

This week ABTKids Daily celebrates Frederick Ashton’s remarkable one-act ballet The Dream. It is based on William Shakespeare’s famous comedy A Midsummer Night’s Dream, which was originally written and performed around 1596.

While Ashton’s ballet was created in England for The Royal Ballet in 1964, it didn’t join ABT’s repertoire until 2002.  The production was staged by Sir Anthony Dowell, who originated the role of Oberon in the original 1964 production.

This week we will get to the BOTTOM of one of the most beloved ballets in ABT’s repertoire by speaking with Ethan Stiefel and Julio Bragado-Young, who are both featured in the PBS production Great Performances: Dance in America filming of the The Dream in 2003.

Up this week: ABT Teaching Artist Adam Holms.

Read the libretto of The Dream below, then use the clues to fill in the character tree worksheet.

The King and Queen of Fairyland, Oberon and Titania, are quarreling over a changeling boy. Oberon sends his sprite Puck through the forest to fetch a strange flower, the juice of which when dropped in the eyes during sleep brings love for the first living thing seen on waking. Oberon plans to use this powerful flower to spite Titania.

Meanwhile, a pair of lovers, Lysander and Hermia, have strayed into the forest with their two unhappy friends Helena and Demetrius. Helena’s love for Demetrius is, at present, unrequited, for he mistakenly desires Hermia. Oberon watches these mortals and when Puck returns with the magic flower he sends him to charm Demetrius into loving Helena. Then Oberon drops some of the charm into his queen’s eyes and causes her to be awakened by a rustic called Bottom on whom the returning Puck, to heighten his master’s revenge, has fixed a donkey’s head.

On waking, Titania falls in love with the donkey, but Puck, for all his cleverness, has complicated the affairs of the mortal lovers by charming the wrong man, Lysander, into loving Helena. Oberon commands Puck to create a fog, under cover of which all is put right. Titania, released from her spell, is reconciled to her master, and the mortal lovers are happily paired off. Bottom, restored to human form, but with dream-like memories of what happened, goes on his puzzled way. “I will get Peter Quince to write a ballet of this dream. It shall be called Bottom’s Dream.”

The Dream at The Guggenheim

The Dream is one of ballet’s rare comic masterpieces.  While the ballet is filled with supernatural elements like fairies and a human transformed into a donkey, much of the comedy and heart of the ballet lies within the story of the four lovers:   Demetrius, Helena, Hermia and Lysander.

Today we rewind to 2012 where ABT presented a medley of scenes featuring the four human lovers. The mischievous fairy Puck creates much confusion by accidentally charming the wrong man to love the wrong woman. Enjoy how masterfully Ashton tells the complicated story of these characters through dance, comedy and pantomime.

This performance was presented in 2012 at Works and Process at The Guggenheim.

We pull a photo from our archives and share it with a member of the ABT family.  You never know what stories may come from a single snapshot!

It’s hard to believe it’s been 19 years since ABT’s premiere of Ashton’s The Dream. When I look at this picture, I think wait a minute, I don’t think that’s me playing the role of Bottom. It’s hard to say who is under that large, heavy donkey head, strapped tightly to our chins. The confusion is understandable but seeing this photo only brings back wonderful memories of being a part of one the most beautiful one-act ballets ever created. The Dream is a gem in the ballet repertoire, and I consider myself lucky I was ever a part of it.

My road to getting the opportunity to play Bottom had a lot of ups and downs, difficulties, and preparation unlike I had ever experienced. Six months prior to the start of rehearsals, all of the Bottom hopefuls had to begin pointe training. The great coach, Georgina Parkinson, stood at the front of our classes, cringing and gasping as so many of us tumbled and slipped in our new oversized and clunky pointe shoes. Lucky for us, the role of Bottom didn’t require the finesse a dancer gains over years of training and experience. Instead, we had to achieve a crude, heavy yet agile animalistic character trying to use our pointe shoes to mimic a donkey’s hooves. What ensued was horrendous toenail pains and an abundance of blisters. It was so unbearable, my process eventually became to mummify my feet: four layers of second skin on every toe, each individually wrapped in sports tape, followed by a paper towel, and topped with a gel pad called an ouch pouch. Yes, it was exaggerated, but it did the trick. In all honesty, it took a good half hour to prep my feet before shoving them into pointe shoes. This was only the start of the process.

Christopher Carr, one of London’s Royal Ballet’s foremost coaches, arrived and rehearsals would begin. All the Bottom’s fought hard for his approval, including me, a small-framed dancer who in Carr’s opinion was not adequate for the robust character. One day after rehearsal, we had an honest conversation where he informed me that I was not going to be given the chance to perform the ballet. I was heartbroken, but I wasn’t going to give up yet.

The day of the first general rehearsal arrived and Sir Anthony Dowell sat next to Kevin McKenzie with the rest of the artistic staff. The first cast to run the ballet had as its lead Alessandra Ferri whose Bottom was Isaac Stappas. They were brilliant! Then it was time for the next cast with Julie Kent as Titania – the dancer playing the role of Bottom was unable to attend the rehearsal. In a moment of luck, I caught eyes with Mr. Carr who signaled me to step in for the role. It felt like this was a time to go all out despite crippling nerves and fear: I had nothing to lose so I went for it. I had only the first fifteen minutes of the ballet to put my shoes on. I remember the wind in my face as I leaped on pointe. Then, the real test came with the pantomime solo when Bottom awakes as a human once again. It is a vulnerable, expressive and comically introverted solo recalling what may have been of strange dream about falling in love with a fairy. The room was packed with the entire company, but I only remember being alone… as if everyone had magically disappeared. I truly loved every second of that experience and in some ways, it rivals the elation of the actual performances. After the run was finished, Sir Dowell smiled and nodded in approval; he was not one to speak more than he needed to. A few days later, the show’s casting was posted on the board of the dancer’s lounge. I was shocked: for the first time, my name printed as a principal character.

Over the few seasons The Dream remained in ABT’s repertoire, the casts became interchangeable. I had the honor of being paired up with Alessandra Ferri, Julie Kent, Gillian Murphy, and Xiomara Reyes. So, when I look at that picture of Titania and Bottom, it really doesn’t matter who’s under that great big head, what matter are the sum of all the wonderful moments and memories that came from the process.

Fill in the requested words and read your own version of The Dream libretto!