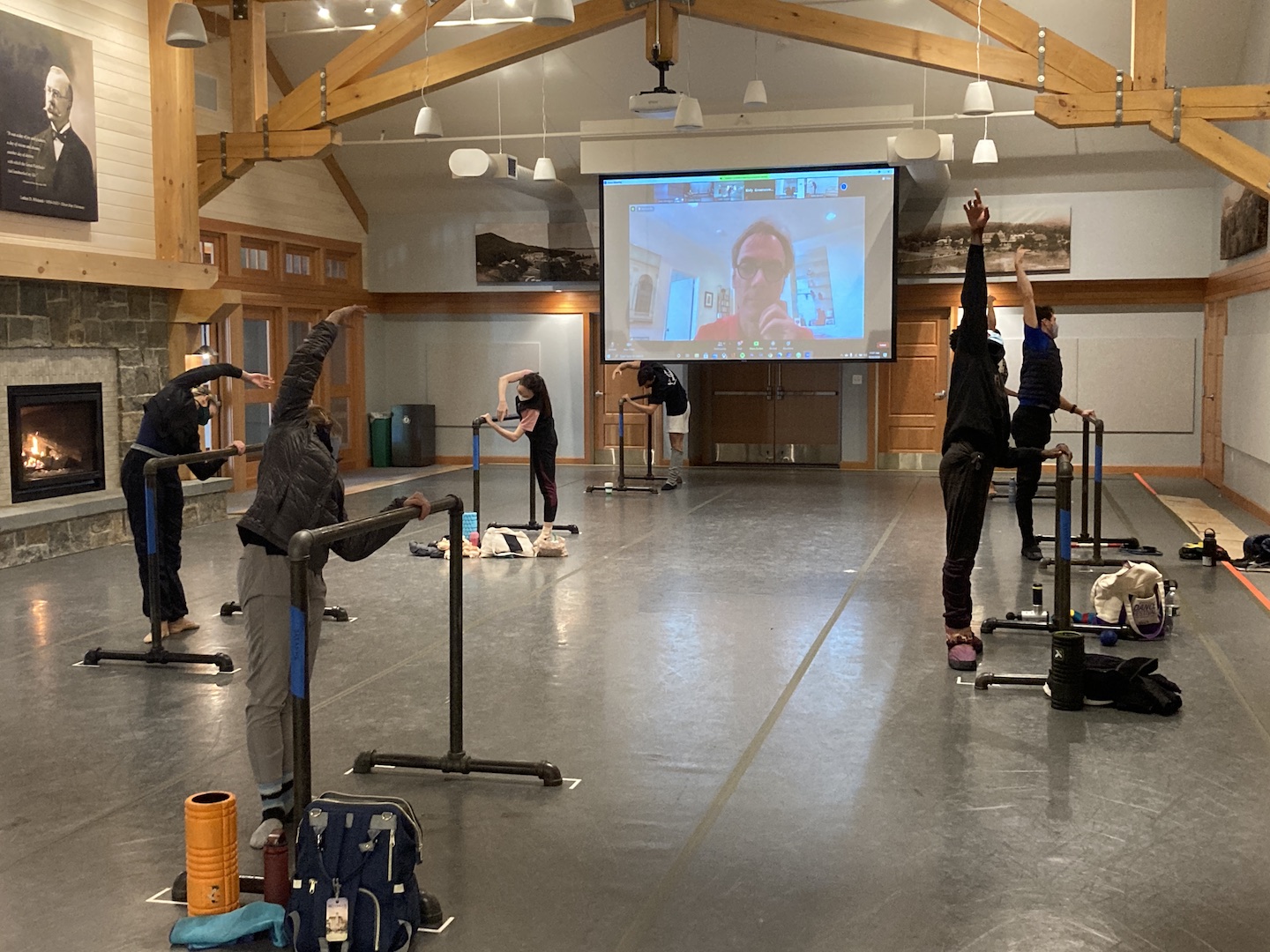 These new commissions will be created in quarantined settings and filmed to premiere at ABT’s 80th Anniversary Fall 2020 Gala, Monday, November 23, on American Ballet Theatre’s YouTube Channel and www.abt.org.

To create these works for digital distribution, ABT dancers and choreographers have embarked on four and five-week residencies in ballet bubbles at two locations in New York State.  Each creation period adheres to strict medical and safety guidelines with a quarantine and testing period prior to the start of rehearsals. Behind-the-scenes footage, along with interviews with dancers and creators, will be captured for viewing on ABT’s social media platforms.  Two individual ballet bubbles began September 21, 2020 at the Silver Bay YMCA Conference and Family Retreat Center in Silver Bay, New York and at P.S. 21 in Chatham, New York.

In Silver Bay, New York, choreographer and former ABT dancer Gemma Bond will create a new work set to John Harbison’s Variations for Clarinet, Violin and Piano for ABT dancers Breanne Granlund, Hee Seo, Katherine Williams, Carlos Gonzalez and newly promoted Principal Dancer Thomas Forster.  Bond’s new work is her second for ABT, following A Time There Was (2019).

Beyond the ballet bubbles but in an outdoor socially distanced setting, choreographer Pam Tanowitz will create a solo work in New York City for ABT Principal Dancer David Hallberg.  Through a reflective look at Jean-Luc Godard’s Contempt, Hallberg will dance in a new short film by Tanowitz and Jeremy Jacob. Tanowitz’s work, her first for American Ballet Theatre, combines classical, modern and quotidian vocabularies.

Fourteen dancers from ABT Studio Company, under the Artistic Direction of Sascha Radetsky, will bubble in two locations, Goodspeed Musicals in East Haddam, Connecticut and Kaatsbaan Cultural Park in Tivoli, New York, from September 27 through November 16.  New works by choreographers including Hope Boykin, Jessica Lang and Lauren Lovette will be staged during the residencies.

Lauren Lovette’s new work, La Follia Variations, set to music of the same name by Francesco Geminiani, is a piece for eight dancers from ABT Studio Company.  Although Lovette’s work was completed the day before ABT’s studios were closed in March 2020 due to the Covid-19 pandemic, it was never performed for an audience.  La Folia Variations is Lovette’s second work for ABT Studio Company after Le Jeune (2017).

“This continuation of our 80th Anniversary programming represents the resiliency of our dancers and our collective desire to continue to create through crisis,” said McKenzie.  “With the innovative spirit that has defined Ballet Theatre since 1940, we will continue our mission to extend our repertoire and share the power of ballet with the widest possible audience.”

Commissions and presentations of new work by women choreographers throughout Autumn @ ABT are supported by the ABT Women’s Movement.

Champion support for the ABT Women’s Movement is provided by Jenna Segal.

Additional Leadership support provided by the Virginia B. Toulmin Foundation and through an endowed gift from the Toni and Martin Sosnoff New Works Fund.

Autumn @ ABT is generously supported by the Blavatnik Family Foundation. Additional major support is provided by Mark Casey and Carrie Gaiser Casey, the Ford Foundation, and Denise Littlefield Sobel.