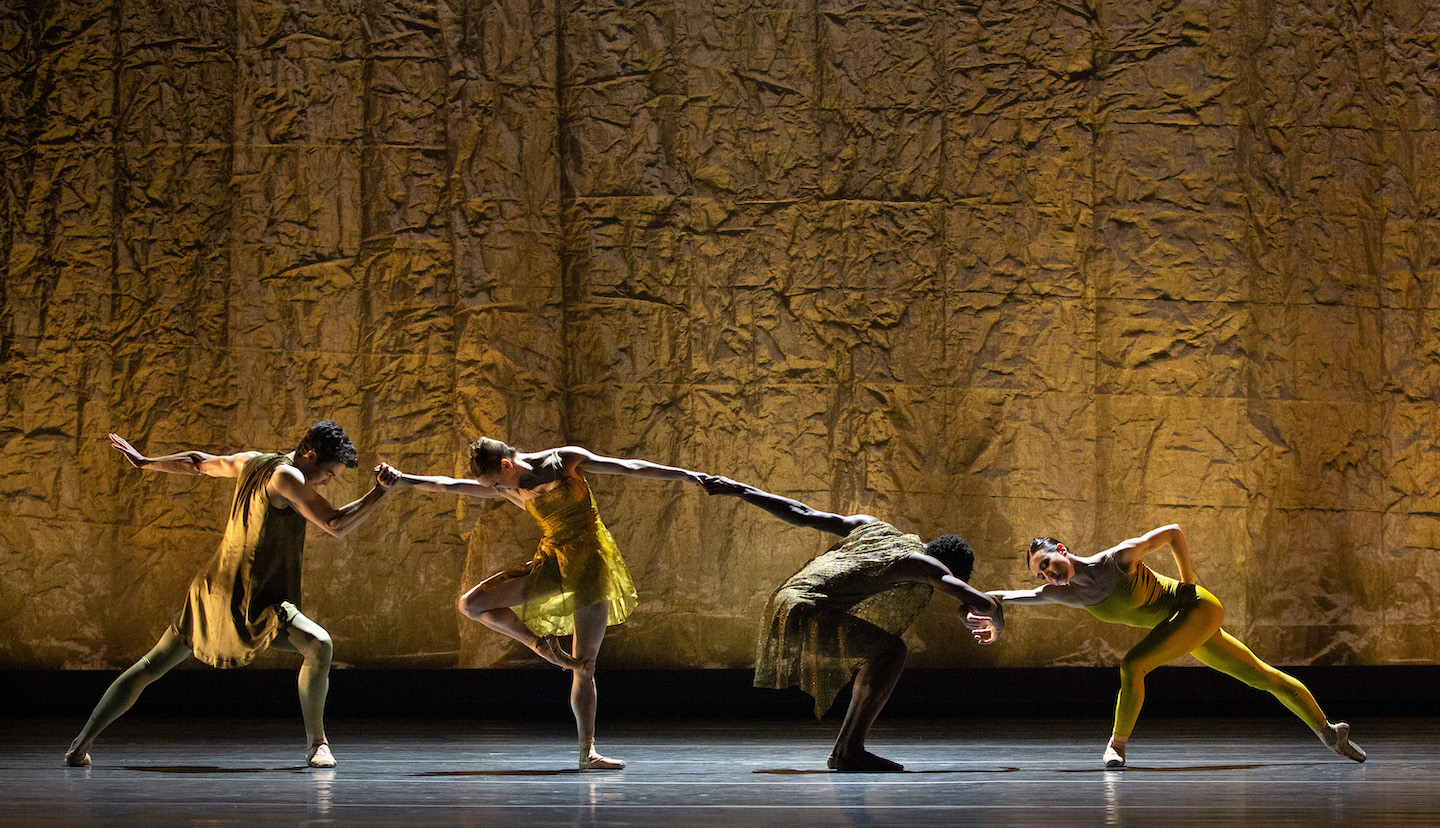 The season’s first performance of Balanchine’s Theme and Variations on Thursday, July 7 will feature debuts by Christine Shevchenko and Aran Bell in the leading roles. Skylar Brandt will lead the ballet for the first time at the matinee on Saturday, July 9. Set to a score of the same name by Tchaikovsky from Suite No. 3 for Orchestra, Theme and Variations was created for Ballet Theatre and received its World Premiere at New York’s City Center on November 26, 1947, danced by Alicia Alonso and Igor Youskevitch. A neo-classical masterpiece, Theme and Variations features scenery and costumes by Zack Brown, and lighting by Brad Fields.

The New York Premiere of Single Eye will take place on Thursday, July 7, led by Isabella Boylston, Thomas Forster, Calvin Royal III, Skylar Brandt, and Cory Stearns. Other New York debuts for the week include Skylar Brandt and Calvin Royal III (second movement), Herman Cornejo (third movement), and Isabella Boylston and Thomas Forster (seventh movement) on Friday, July 8, and Christine Shevchenko and Cory Stearns (second movement) and Devon Teuscher and Calvin Royal III (seventh movement) at the matinee on Saturday, July 9. Set to music by jazz pianist and composer Jason Moran, with sets and costumes by Robert Rosenwasser and lighting by Jim French, the ballet is inspired by a quote from Scripture: “If thine eye be single, thy whole body shall be full of light” (Matthew 6:22). Single Eye, King’s first work for ABT, received its World Premiere on March 16, 2022 at Segerstrom Center for the Arts in Costa Mesa, California.

The evening program of American Splendor on Saturday, July 9 will be dedicated to Kevin McKenzie to mark his final season at the Metropolitan Opera House as ABT’s Artistic Director. A special curtain call for McKenzie will include honored guests of ABT’s past and present.

Kenneth MacMillan’s Romeo and Juliet will be given eight performances beginning Monday evening, July 11, led by Hee Seo (Juliet), Cory Stearns (Romeo), and Gabe Stone Shayer (Mercutio). Debuts for the week include Garegin Pogossian (Mercutio) on Tuesday, July 12, Christine Shevchenko (Juliet) and Calvin Royal III (Romeo) at the Wednesday, July 13 matinee, Daniel Camargo (Romeo) and Jonathan Klein (Mercutio) at the Wednesday, July 13 evening performance, Thomas Forster (Romeo) on Thursday, July 14, and Cassandra Trenary (Juliet) at the Saturday, July 16 matinee. Set to the score by Sergei Prokofiev, Romeo and Juliet features scenery and costumes by Nicholas Georgiadis, and lighting by Thomas Skelton. Romeo and Juliet received its World Premiere by The Royal Ballet in London on February 9, 1965 and was given its ABT Company Premiere at The John F. Kennedy Center for the Performing Arts in Washington, D.C. on January 3, 1985 with Leslie Browne and Robert La Fosse in the leading roles.

LG Signature is the Global Electronics Partner of American Ballet Theatre. Bank of America is the Lead Corporate Partner of ABT Studio Company.