David Hallberg to Return for Performances at the Metropolitan Opera House, Spring 2017 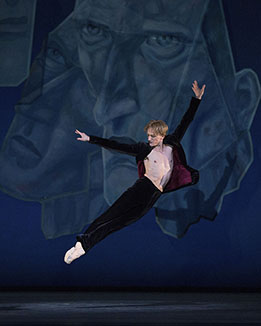 American Ballet Theatre Principal Dancer David Hallberg will return to perform with the Company for the 2017 Metropolitan Opera House season.  It was announced today by Artistic Director Kevin McKenzie.

Hallberg, who last performed with American Ballet Theatre in June 2014, withdrew from performances with the Company in the Fall of 2014 due to a recurring foot injury.  His scheduled performances for the 2017 Spring season will be announced at a later date

“I am thrilled to be returning to ABT for their season at the Met and am eager to begin rehearsals once again with the company I love dearly,” said Hallberg.  “I have learned a great deal from my time away and look forward to sharing the stage again with dancers I so greatly respect.”

“I am so pleased to welcome David back home to ABT, “ said McKenzie.  “We are all excited to see him once again on our stage.”

Subscriptions for American Ballet Theatre’s 2017 Spring Season at the Metropolitan Opera House are on sale now and available by phone at 212-362-6000, or online at ABT’s website www.abt.org.