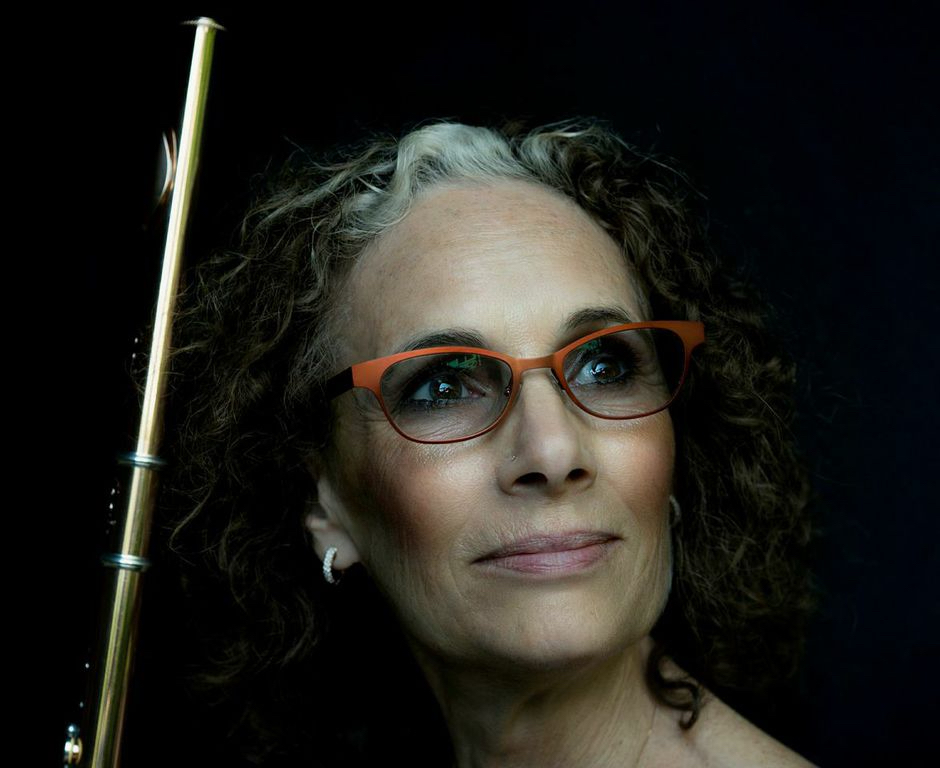 On May 27, American Ballet Theatre debuted ABT Heals, a bi-weekly music and dance program to provide comfort and the beauty of ballet to patients, physicians and staff at Mount Sinai Kravis Children's Hospital.

"It really gave me a reason to practice, and what we were doing was very worthwhile in terms of outreach and education."

My name is Diva Goodfriend-Koven, and I have been performing in the ABT Orchestra on flute and piccolo since 1976 – I joined just before ABT’s first season at the Metropolitan Opera House in 1977.

Since ABT’s 80th Anniversary Spring Season was cancelled due to the pandemic, I was hoping to have some outlets to continue to make music and be of service somehow. It seemed important during the worst days of Covid-19 in New York City to support the essential caregivers and children during that time. I was sad not to be playing music with my colleagues, and none of us knew, or even know now, when it will be possible for us to work together again as an orchestra.

I was already working on a couple of solo flute videos for the American Symphony Orchestra, of which I’m also a member, when one of ABT’s conductors, David LaMarche, asked if I would be interested in participating in the ABT Heals project. Being involved with live-streaming music to the kids who were patients at Mt. Sinai felt like a great idea. My partner of many years happens to be an Infectious Disease Pediatric Specialist there, so I had been hearing about the troubling cases he was dealing with during the critical months of the lockdown in NYC.

I had recently joined the ABT Orchestra Committee and found myself being called on to lead some of the Zoom meetings we were having with the management and an All-Orchestra meeting for us to make contact with each other, and see how everyone was doing at home. As a result of my leadership, David asked me to be the emcee for the second ABT Heals show, which was designed around musical families.

I was a bit nervous at first, but it was so wonderful to be introducing my colleagues and hearing everyone play and speak about the music for the benefit of the children that were hospitalized.

It was strange not to be able to see or hear the kids’ reactions or applause, but we were applauding each other! We feel like we’re part of a family of musicians, especially since many of us have known each other and been colleagues for many years. I ended up participating in two more of the programs, and it really gave me a reason to practice and to feel like what we were doing was very worthwhile in terms of outreach and education.

Now that we’re into the sixth month of the pandemic, it’s been getting harder to feel motivated to practice and come up with projects. I’ve done some gardening, cooking, yogurt-making, and like so many others, cleaning and reorganizing my house!

Fortunately I was recently asked to perform some contemporary music solo flute and alto flute pieces for the Locrian Chamber Players (I’m a founding member), and a specially commissioned chamber music piece for another group I belong to, the American Composers Orchestra (all the orchestras I currently perform with start with the letter “A”!)

I’m really hoping that ABT will have some kind of Fall Season that includes the Orchestra, and that we will be able to continue ABT Heals concerts. We heard that there was a great response from the doctors and patients, which was gratifying.

Diva Goodfriend-Koven plays flute and piccolo for the ABT Orchestra.