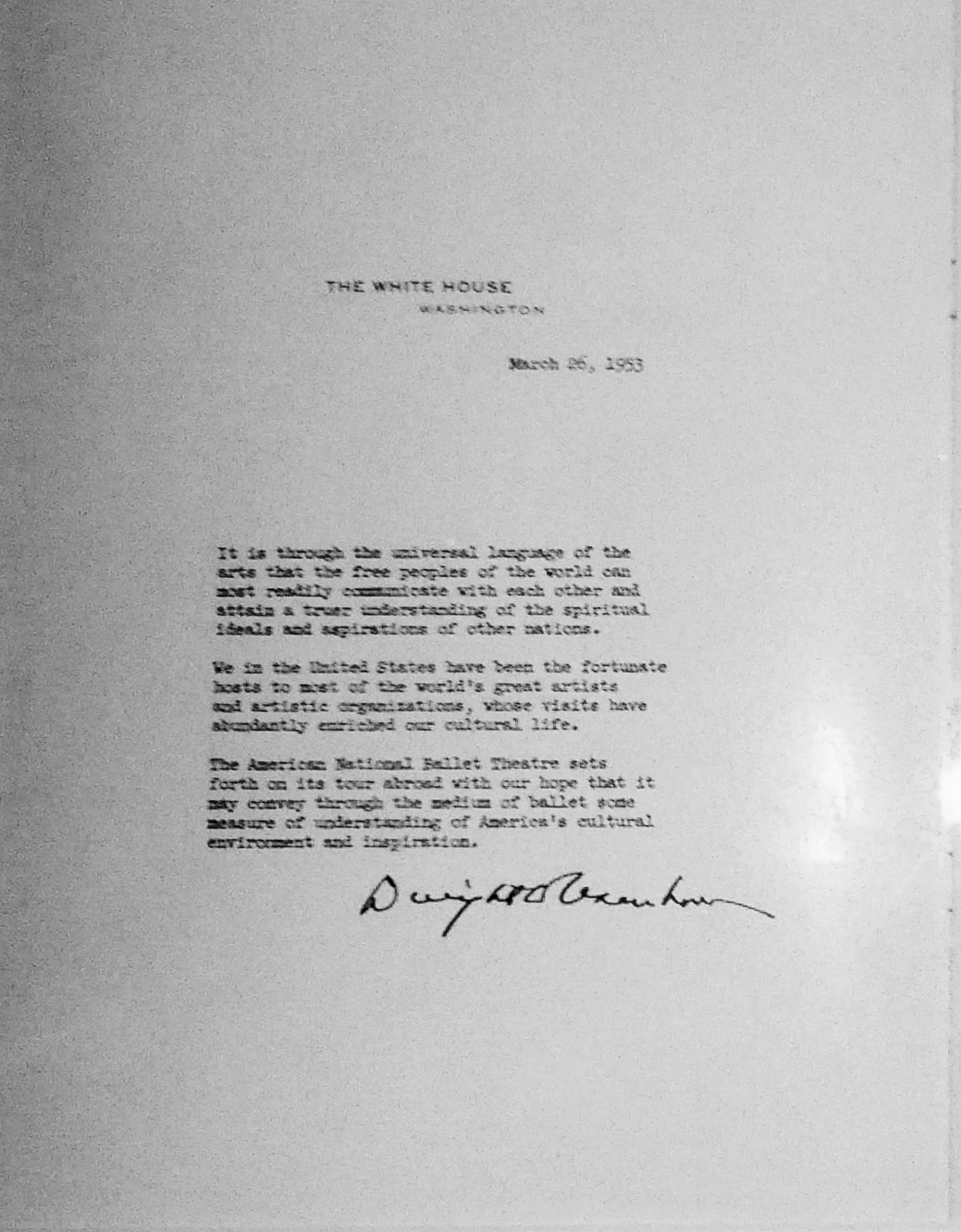 What does it mean to be America's National Ballet Company®?

"As a touring company, Ballet Theatre was on the frontlines of cultural tensions and international unity."

Perhaps it is fateful that American Ballet Theatre’s 80th Anniversary has coincided with the trials of a dominating pandemic, civil unrest, and political uncertainty. The challenges we have faced so far this year have forced us to ask important and difficult questions:

How do we co-exist in our collective grief, and how do we honor the grief of others? How do we celebrate the small triumphs that will lead us to the other side of this, whilst remembering how far we have to go? What connects us through the frustration of isolation? What does it mean to be an American in times of hardship?

The latter is a question that has been pondered many times before, and one that has always remained relevant to ABT. In the words of Agnes de Mille, American dancer, choreographer, and a charter member of Ballet Theatre at its inception in 1940:

“What do we mean by American? I’ve been looking for the intrinsic American. He has a multitude of faces, many names, and many nationalities. Humorous, salty, bold, original, and independent. At times persnickety, at times downright ornery. But we know him.”

We know him, her, them, xin, and all the variations in between. We are the collection of beautiful, different, and diverse faces. There is no one way to answer, “What does it mean to be an American?” nor could we ever all agree on a single definition. But one thing is for sure, in times of division, we can all find meaning and comfort in works of art.

In the 1950s, Ballet Theatre was no stranger to the turmoil and conflict that had spread throughout the world for decades. Following World War II and into the Cold War, the restoration and healing of many nations relied on the resilience of beloved cultural institutions and artistic inspiration to raise spirits and look towards a peaceful future. As a touring company, Ballet Theatre was on the frontlines of cultural tensions and international unity.

From its inception, Ballet Theatre toured not only the United States but around the world showcasing American culture, a mission that was particularly important during times of conflict.

The intention was to showcase Ballet Theatre’s innovation and traditions with the widest possible audience as well as to build relationships with international cultural institutions that were welcome and celebrated in the United States. Financed by both the State Department and independent funders, Ballet Theatre toured throughout Europe, the Middle East, Latin America and Africa during the 1950s.

ABT has continued to fulfill this hope. In its 80 years, the Company has performed in all 50 states and in 45 countries. ABT’s current roster of dancers hails from around the world, including 15 countries and 25 states.

"It is through the universal language of the arts that the free peoples of the world can most readily communicate with each other and attain a truer understanding of the spiritual ideals and aspirations of other nations."

"We in the United States have been the fortunate hosts to most of the world’s great artists and artistic organizations, whose visits have abundantly enriched our cultural life."

"The American National Ballet Theatre sets forth on its tour abroad with our hope that it may convey through the medium of ballet some measure of understanding of America’s cultural environment and inspiration."