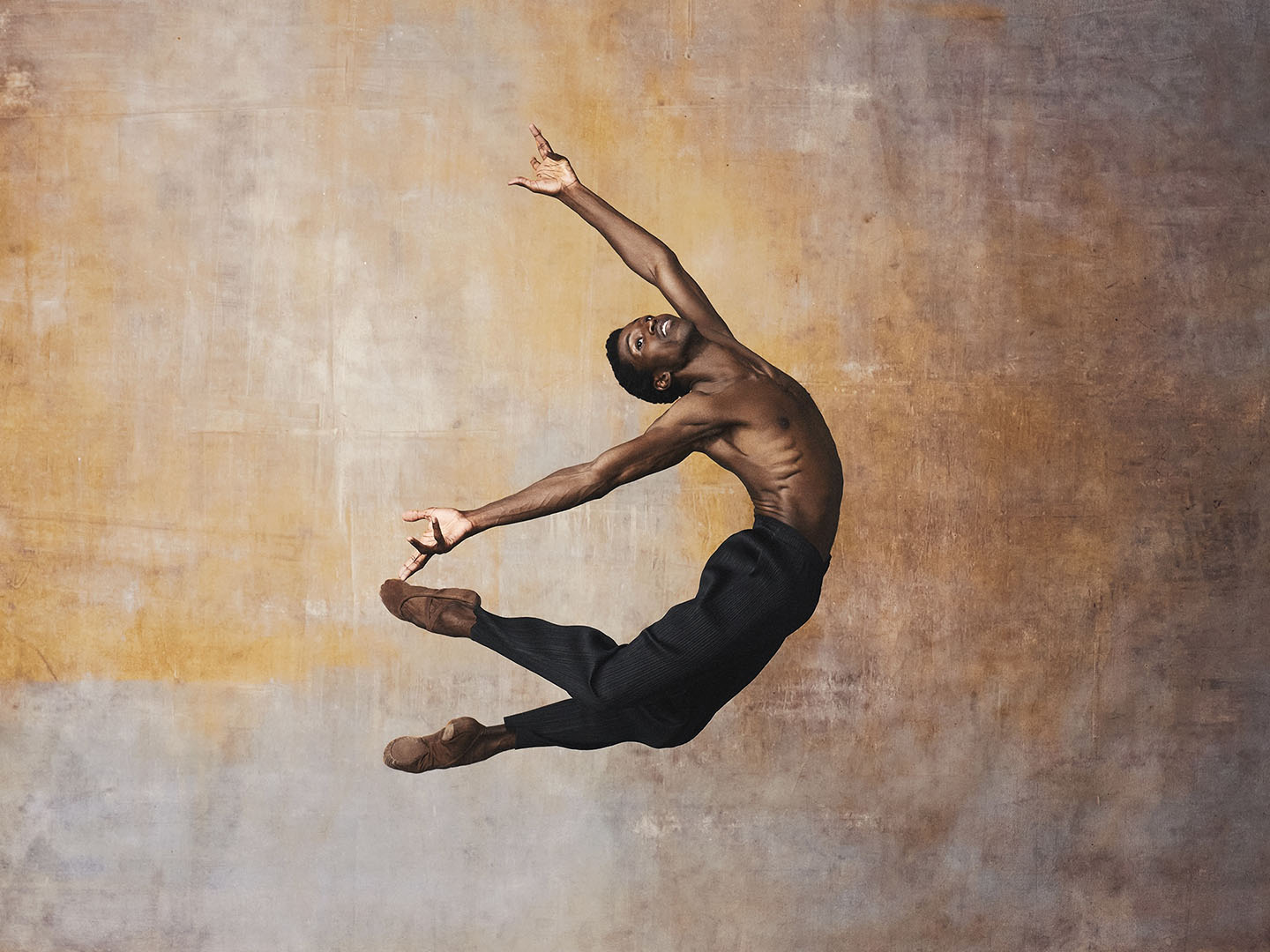 ABT presents a post-performance panel on the World Premiere work Lifted on Saturday, October 29, 2022

Lifted aims to highlight, amplify, and celebrate Black creative voices. ABT’s panel will create a forum to bring attention to the landmark nature of Rudd’s ballet and what it means for younger generations of dancers of color to see themselves represented on stage in this monumental way.

In July 2022, choreographer Christopher Rudd and Principal Dancer Calvin Royal III sat down for a discussion about Lifted.  This conversation was first published in the Fall 2022 issue of ABT’s On Point newsletter.

Principal Dancer Calvin Royal III will perform in the World Premiere at ABT’s Fall Gala on Thursday, October 27. Recently, he sat down with Rudd to discuss the upcoming work.

Calvin Royal III: What is the concept of your new ballet Lifted?

Christopher Rudd: I asked myself, “what could happen if the DNA of an entire ballet was made from Black people?” I thought about it shortly after George Floyd was murdered. And I realized it was something that the ballet world needed and I wanted, and the country can witness in a way that could make us feel, understand, and empathize with melanated people. At first, it was going to be a protest piece: shock and awe, in your face, a guttural thing. Now it’s been two years, and I feel like what I really need is a celebration of Blackness, a celebration of melanated people, a way to highlight our beauty, our talent, our lives, in a way that shows the evolution of a Black human. When we go into the studio, it’s about creating that picture of what a Black life is like, from before we’re born, into being born into our families, our communities, and the introduction of an interruption in our path to reach our full potential; and our ways of fighting against that, revolting against that, and thriving.

Royal: What do you envision the future of the piece being? Will it, in your mind, live on to be only the Black dancers, the Black creators, the Black conductor?

Rudd: I don’t intend for the work to perpetually and forevermore be Black. However, as the ranks of Black dancers grow within ABT, it’s going to be designed so that the more, the better. But one of the things that I’m curious about with this work is the idea that the DNA of the piece is still, was still, Black. Most of the roles that we do as ballet dancers come from white people. We, as Black dancers, especially in the classical field, have to embody these people who are Eurocentric, “princely” — which I wanted to do because I loved the roles. But I’m curious about the future of a work whose DNA was Black, and was created on ballet dancers, not modern dancers, and we just do it as a ballet company. But what does that do? The reality which I love to mirror in my thought process behind this is, in fact, we all started out as Black. And the DNA of us comes from Black people. And now we have a society. I’m curious what the work would look like, over time, if it followed the science of our species.

Rudd: What are you excited about for the piece, Calvin?

Royal: I am excited to, one, be back in the studio with you. And knowing that it’s the type of work that will evoke something that’s different from experiences that I’ve had at ABT thus far is exciting for me. Like when I found out that Touché [Rudd’s 2020 pas de deux for ABT] was going to be something different than I had ever done at ABT, it was exciting and I went into it with open arms, hoping that it would be something that would allow me to have a new perspective on myself as an artist and work with another creative team.

Royal: Opening night. The ballet is live. The curtain comes down after the dancers finish the piece. What do you hope audience members experience as they leave the theater after having witnessed Lifted?

Rudd: When I watched Touché live, I felt like I was watching the world change.