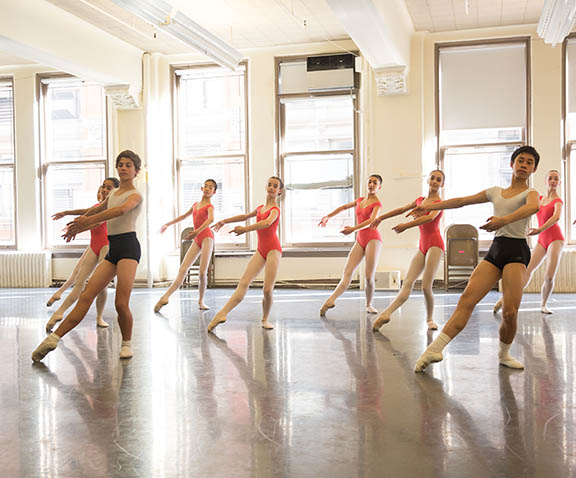 Faculty for the 2016-17 school year at the American Ballet Theatre Jacqueline Kennedy Onassis (JKO) School was announced today by ABT Artistic Director Kevin McKenzie and ABT JKO School Artistic Director Cynthia Harvey.  Joining the faculty this year as Principal Guest Instructor is former ABT Principal Dancer Ethan Stiefel.  Also returning to train the next generation of dancers is former ABT and New York City Ballet Principal Dancer, Robert La Fosse.  Both Stiefel and La Fosse will teach students in the ABT JKO Pre-Professional Division.

Under the artistic direction of Cynthia Harvey, the American Ballet Theatre Jacqueline Kennedy Onassis School provides the highest quality ballet training, consistent with the stylistic requirements of ABT under the guiding principles of ABT’s National Training Curriculum.  The ABT JKO School serves over 400 students with a Pre-Professional Division for dancers ages 12-18 and a Children’s Division for dancers ages 3-12.  Classes include classical ballet technique, pointe, partnering, men’s class, character, modern technique, variations, ballet history and Pilates.  Students also participate in the ABT JKO School Wellness Program.  The ABT JKO School faculty is comprised of members of ABT’s artistic staff, distinguished teachers and alumni from ABT and renowned companies throughout the world.

“For my inaugural year as Artistic Director of the ABT JKO School, I’ve assembled a top-tier list of instructors who can continue the legacy of the School’s mission to train the next generation of excellent artists,” said Ms. Harvey.  “The faculty for this year are individuals whose careers I’ve long admired and whose teaching methods I’ve observed over the years as some of the best the field has to offer.”