Post-Performance Panel Discussions to be Moderated by Actress Tommy Dorfman

Photo Exhibit by Quil Lemons to be Displayed Throughout The David H. Koch Theater 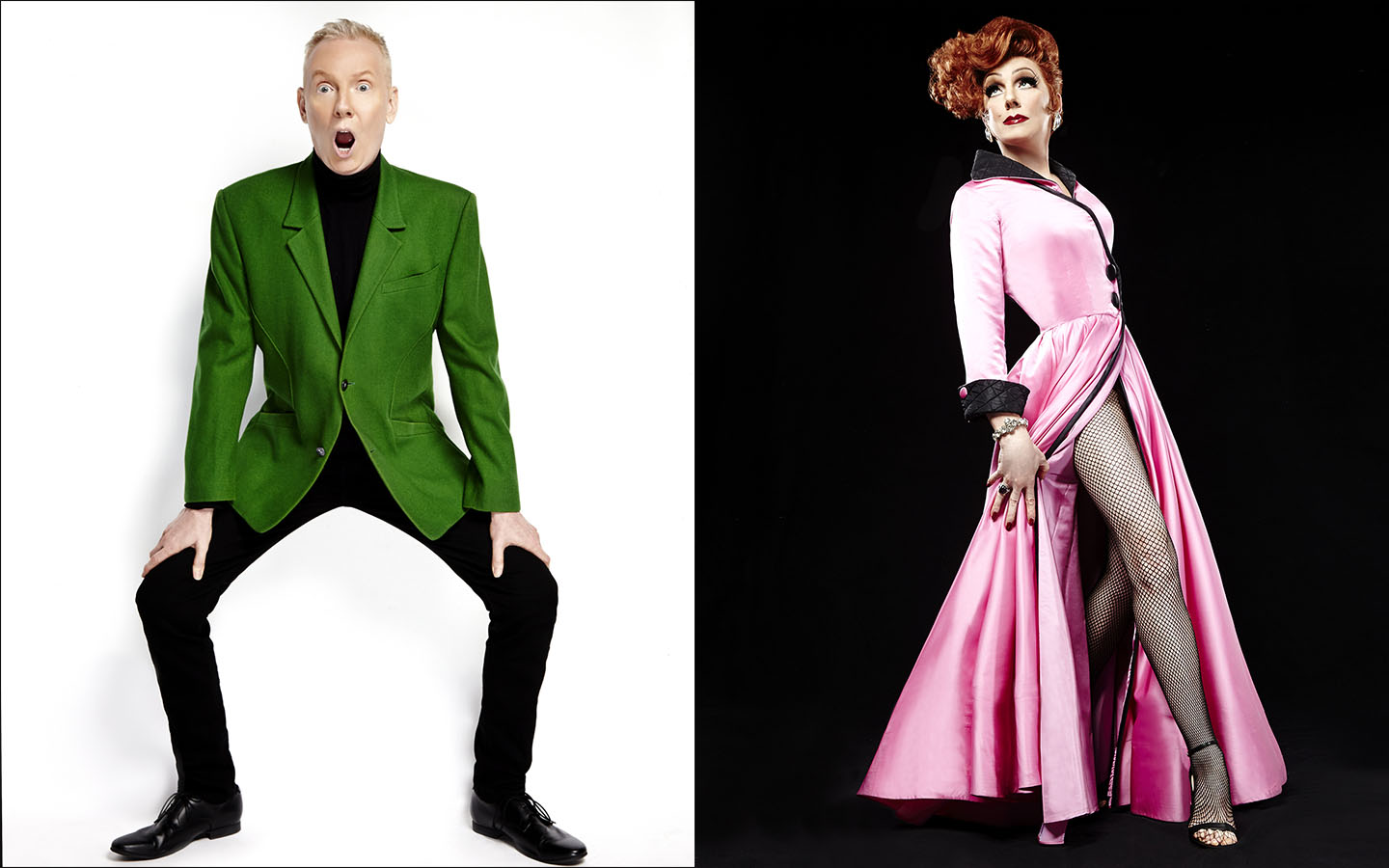 American Ballet Theatre’s Pride Night celebrations will include performances of Alexei Ratmansky’s Bernstein in a Bubble, set to Leonard Bernstein’s Divertimento; Rudd’s Touché, set to music by Woodkid and Ennio Morricone and lighting by Brad Fields; Clark Tippet’s Some Assembly Required, staged by Amanda McKerrow and John Gardner and set to music by William Bolcom, with costumes by Gary Lisz and lighting by Jennifer Tipton; and Darrell Grand Moultrie’s Indestructible Light, set to recorded music by Duke Ellington, Count Basie, Neal Hefti, Billy Strayhorn, and Chuck Harmony, with costumes by Mark Eric and lighting by Fields.

Celebrated drag artist Lypsinka will appear at each of the Pride Night events.  A veteran of Off-Broadway, stage, film and television, Lypsinka has won three Drama-Desk nominations (Lypsinka! A Day in the Life and Lypsinka! The Boxed Set.)  She is the alter-ego of John Epperson who has served as a rehearsal and class pianist with ABT over the span of 43 years.  In her first appearance with ABT and first return to performing since 2018, Lypsinka will introduce the post-performance portion of ABT’s Pride Nights.

The post-performance discussions, free for each evening’s audience, will be moderated by trans-actress Tommy Dorfman.  In addition, a free exhibit of the works of photographer Quil Lemons, curated by Sarah Hoover, will be displayed on the lobby and promenade level of the David H. Koch Theater throughout the Fall season.  For tickets and more information, please visit www.abt.org

In 1994, Rodney Wilson, a Missouri high school teacher, believed a month should be dedicated to the celebration and teaching of gay and lesbian history, and gathered other teachers and community leaders. They selected October because public schools are in session and existing traditions, such as Coming Out Day (October 11), occur that month.  Gay and Lesbian History Month is endorsed by GLAAD, the Human Rights Campaign, the National Gay and Lesbian Task Force, the National Education Association, and other national organizations. In 2006 Equality Forum assumed responsibility for providing content, promotion, and resources for LGBT History Month. LGBT History Month celebrates the achievements of 31 lesbian, gay, bisexual, or transgender Icons. Each day in October, a new LGBT Icon is featured with a video, bio, bibliography, downloadable images, and other resources.

JOHN EPPERSON (AKA LYPSINKA) was born in Hazlehurst, Mississippi.  His film work includes Black Swan, Witch Hunt with Dennis Hopper, Wigstock: The Movie, Angels in America, Kinsey, Vampire’s Kiss, and Another Gay Movie.  His theater work includes Wallace Shawn’s Evening at the Talk House (Off Broadway, 2017), Once Upon A Mattress (Off Broadway, 2015), John Epperson: Show Trash; Lypsinka! The Trilogy (both 2014), I Could Go On Lip-Synching; Now It Can Be Lip-Synched; Lypsinka! A Day In The Life (2 Drama Desk nominations); As I Lay Lip-Synching; Lypsinka Must Be Destroyed!; Lypsinka IS Harriet Craig!; Lypsinka! The Boxed Set  (Washington, D.C. Helen Hayes Award Outstanding Non-Resident Production; L.A. Weekly Theatre Award Best Solo Performance; Drama Desk nomination); The Stepmother in New York City Opera’s production of Rodgers and Hammerstein’s Cinderella at Lincoln Center; The Passion of the Crawford, a fantasia on the personality of Joan Crawford, and a cabaret show John Epperson: The Artist Principally Known As Lypsinka.  Epperson has written the play My Deah: Medea For Dummies (Obie-winning production); two stage musicals – Ballet of the Dolls, Dial “M” For Model; and half a play: a rewrite of James Kirkwood’s notorious Legends! produced at Studio Theatre in D.C.  Epperson has also written for The Guardian, The New York Times, The Washington Post, and Interview.  He was the guest curator of the Club 57 film series “You Are Now One Of Us” at the Museum of Modern Art 2017-18.  As a film historian, he has lectured about movies for MoMA, The New School, Anthology Film Archives, and the Academy of Motion Picture Arts and Sciences.  Epperson and Lypsinka are the subjects of an Emmy-winning television documentary for PBS.  www.lypsinka.com

Born and raised in Atlanta, Georgia, TOMMY DORFMAN focuses her work on telling stories that give life to a range of interweaving and distinct queer experiences.

After graduating Fordham University in 2015, Tommy booked her first role as Ryan Shaver in the hit Netflix series, 13 Reasons Why. Tommy has since gone on to act in television and film while also shining a light on her experience as a queer person in Hollywood through her work with GLAAD and the Ali Forney Center.

She has spearheaded campaigns focused on bringing queer talent front and center with companies like Calvin Klein, Fendi, ASOS, the Body Shop, Ferragamo, and Balmain. She recently photographed and art- directed Pete Davidson as a Staten Island Ken doll opposite Julia Fox for Paper magazine’s break the internet cover and Zoe Levin for the cover of American Studies.

As a writer, she’s publishing her first collection of essays with Harper Collins in late 2022.

Born in South Philadelphia, Quil Lemons is a New York-based photographer with a distinct visual language that interrogates ideas around masculinity, family, queerness, race, and beauty.  In 2017, Lemons released a photo series called GLITTERBOY, a portrait and interview series of black boys and men whose faces are painted with glitter. Lemons’s studio portraits of shirtless black boys and men was set against a pink backdrop.  The pictures challenge the mainstream media’s misconceptions around their identities and the black community’s policing of black masculinity. His photographs have since been featured in publications including The New York Times, Variety, The Fader, GQ Middle East, Out Magazine, and Vogue.  Lemons’s photograph of Billie Eilish was used on the March 2021 cover of Vanity Fair, making him the youngest person ever to photograph the magazine’s cover image. Lemons is known for creating portraits that often challenge traditional ideas.