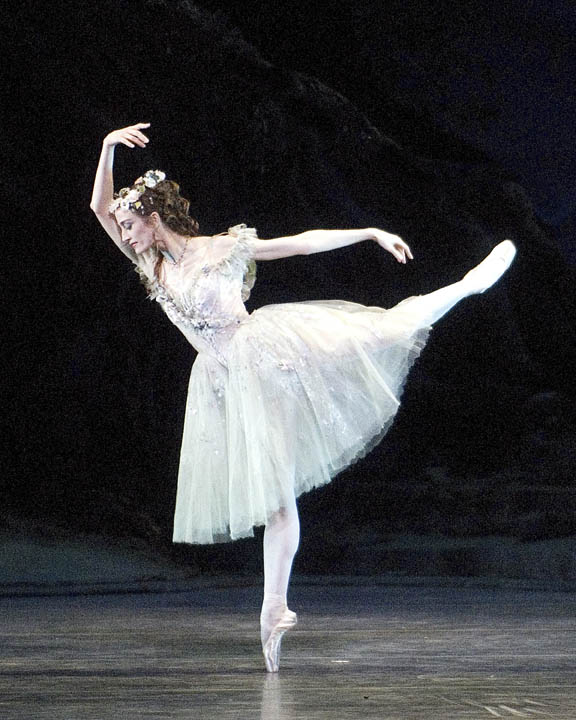 Julie Kent in The Dream.

Julie Kent has been named artistic director of American Ballet Theatre’s Summer Intensive programs, it was announced today by Artistic Director Kevin McKenzie. In addition to her leadership responsibilities with ABT’s Summer Intensives, she will serve as a teacher and coach for ABT’s main Company, Studio Company and the Jacqueline Kennedy Onassis School.

Kent succeeds Melissa Allen Bowman who served as the Summer Intensive artistic director from 2008 through 2015. Bowman remains with American Ballet Theatre as the Director of the ABT JKO School Children’s Division and advisor to the ABT William J. Gillespie School at Segerstrom Center for the Arts.

“I am very excited about my new role at American Ballet Theatre and the opportunity to help shape, nurture and develop the next generation of dancers,” said Kent. “My goals are to help cultivate our nation’s most promising talent, offering the highest quality summer ballet experience to aspiring young dancers across our country.”

“I am so happy that the influence of Julie’s performing career, as an example of artistic excellence to aspiring professionals, can continue to be felt at ABT and for future generations of dancers,” said McKenzie.

Julie Kent began her dance training at the Academy of the Maryland Youth Ballet, and attended summer sessions at American Ballet Theatre II and the School of American Ballet before joining ABT as an apprentice in 1985. Her awards include a Prix de Lausanne in 1986, the Erik Bruhn Prize in 1993 and the Prix Benois de la Danse in 2000. In 2012, she was awarded an Honorary Doctorate of Performing Arts from the University of North Carolina School of the Arts and a Lifetime Achievement Award from Dance Magazine. Her film appearances include starring roles in the Herbert Ross film Dancers (1987) opposite Mikhail Baryshnikov and Center Stage (2000), directed by Nicholas Hytner.  She was appointed Soloist with ABT in 1990 and Principal Dancer in 1993, dancing all of the major classical, dramatic and neo-classical roles in the repertoire. Kent is married to ABT Associate Artistic Director Victor Barbee, and they have two children. Kent retired from the stage in June of this year as ABT’s longest serving dancer.

Northern Trust is the Leading Corporate Sponsor of the ABT Jacqueline Kennedy Onassis School.