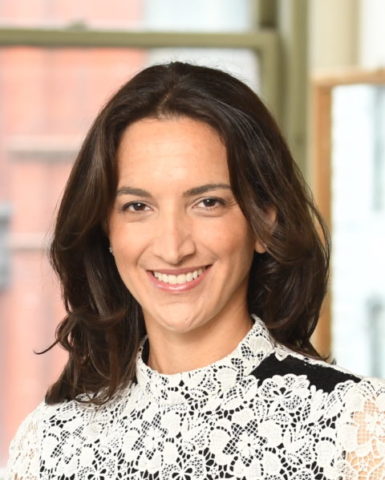 Kara Medoff Barnett, Executive Director at American Ballet Theatre since February 2016, will step down this fall to assume a new leadership role at First Republic Bank leading social impact marketing and strategy and developing the First Republic Foundation.  Barnett will continue to advise ABT, part-time through the end of the calendar year, while the Board of Governing Trustees oversees a search for her successor.  She will also serve on the ABT Global Council and the ABT RISE Advisory Council, two new advisory groups launched in 2020.

“Kara has given this Company such a shot in the arm, and we are all better and more broadly capable for it,” said Kevin McKenzie, ABT Artistic Director.  “She transitions to another role where she can continue to promote the health of ABT after spearheading many programs that have extended the Company’s reach to the widest possible audience.  An inspirational and aspirational leader, she has been an amazingly energetic partner as well as a consensus builder with board, staff, and funders. She will be missed for her daily support of staff and dancers’ needs and goals.  I look forward to Kara’s continued advice and leadership in the field as she takes on her new role at First Republic.”

Barnett’s tenure at American Ballet Theatre was marked by large strides forward in advancing innovation and inclusion. In the last five years, under the artistic direction of Kevin McKenzie, ABT experienced a period of creative vitality with 22 new works created during the pandemic year alone.  The ABT Women’s Movement, introduced in 2017, has led to commissions of 28 new ballets by female choreographers.  Since 2016, the Ratmansky Project supported seven new works by MacArthur Fellow and ABT Artist in Residence Alexei Ratmansky, including Whipped Cream, Of Love and Rage, Songs of Bukovina, and most recently, Bernstein in a Bubble.  ABT Incubator, founded by David Hallberg and now directed by Jose Sebastian, has provided opportunity for ABT dancers to choreograph on their peers and has allowed ABT dancers to participate in the creative process.

Under Barnett’s leadership, the ABT community has engaged deeply and meaningfully to advance diversity, equity, and inclusion in ballet as the Company examines its past, encourages important conversations and shapes its future.  With the launch of ABT RISE (Representation and Inclusion Sustain Excellence), ABT has committed to centering inclusion in all strategic decisions and daily operations across the organization.  ABT’s training pipeline is thriving, and ABT Education programs have expanded to include ABTots and adult open classes.  During the past year, ABT’s education and engagement offerings have pivoted online, reaching 240,000 students and 45 countries.  ABT Studio Company, under the leadership of Sascha Radetsky and Claire Florian, has generated a robust slate of new work and introduced diverse creative voices to ABT’s repertoire.  90% of the dancers in ABT’s main Company today are alumni of ABT Education programs.

In recent years, ABT has built on its mission by embracing a vision of engaging and inspiring communities through the diversity, dynamism, and power of world-class dance.  Since 2016, the Company has toured to Paris, Muscat, Hong Kong, Singapore, Costa Mesa, Chicago, Detroit, and Washington, DC (Kennedy Center), continuing a tradition of cultural ambassadorship as America’s National Ballet Company®.  This month, ABT presented free outdoor performances in eight cities nationwide with the ABT Across America tour.  In addition, ABT’s digital transformation has been rapid, providing unprecedented access to the Company’s artistry.  Pre-pandemic, ABT reached 300,000 audience members annually; from May 2020 to May 2021, the Company garnered nearly 10 million views for its digital content, including three virtual galas, a docu-series, short films, ABTKids family content, and online classes.  ABT has 1.7 million followers on social media across its channels and launched an official TikTok channel in 2020.

Barnett’s tenure has been a time of financial stability and growth for the Company, with the addition of over 20 new trustees, the introduction of the ABT Global Council and ABT RISE Advisory Council, as well as 3,000 new donors in the last year alone.  Multi-year partnerships have been established with LG, Celebrity Cruises, Bank of America, Duke University, Oliver Wyman, Bloomberg, First Republic Bank, American Express, Random House Children’s Books, Ginger (mental health), the Fresh Air Fund, and Mount Sinai Hospital, and existing partnerships with Segerstrom Center for the Arts, the Auditorium Theatre, and the Abu Dhabi Music and Arts Festival have been extended.

“I will greatly miss Kara,” said Andrew Barth, Chairman of ABT’s Board of Governing Trustees.  “We have a wonderful working relationship as Chairman and Executive Director – so good that I prefer to think of it as a working friendship.  I know that we will be able to count on Kara to continue to be an active supporter and cheerleader for ABT as she will remain a member of our Global Council and our RISE Advisory Council – two amazing groups founded by Kara in her time here.  Kara leaves ABT in fantastic shape, and I am proud of how we are working to maintain our traditions, but also to find our best self.”

“It has been an honor and a privilege to work so closely with Kara over the past five years,” said Sarah Arison, President of ABT’s Board of Governing Trustees.  “I remain consistently impressed by her and what she’s accomplished for ABT and look forward to continuing to work with her in her new capacity at the organization.  I’m invigorated for the future at ABT and look forward to building on Kara’s phenomenal work with our new leadership team.”

“As I evolve my relationship with ABT from Executive Director to advisor, partner and sponsor, ABT JKO School parent, friend and super-fan for life, I do so with tremendous gratitude for the experience of stewarding America’s National Ballet Company®,” said Barnett.  “I will always cherish my incredible colleagues – the extraordinary staff and awe-inspiring artists – and our shared adventures.  ABT’s Trustees have been supportive at every turn, and it has been an honor to serve in collaboration with such an energetic and optimistic Board.  The ABT Across America tour embodied everything that I wish for this Company and for the performing arts in this country.  Witnessing crowds of thousands experiencing and embracing ballet outdoors has been thrilling.  I am committed to ensuring a smooth transition as the Company builds from strength to strength, and I look forward to propelling and celebrating ABT’s bright future.”

Following last week’s performances at Rockefeller Center, which completed the ABT Across America tour, ABT will perform outdoors at Lincoln Center in August with the BAAND Together Dance Festival and will return to Lincoln Center this October with a two-week Fall season at the David H. Koch Theater.