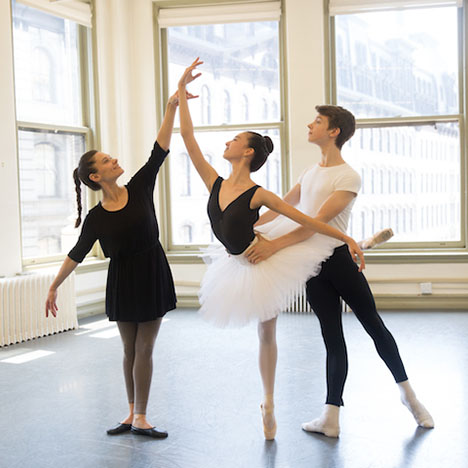 “Twenty-nine years ago, I traveled from California to New York City to attend my first American Ballet Theatre Summer Intensive,” said Lydon. “This year, I am so proud to be appointed artistic director of all nine of our specialized programs taking place across the United States.”

“I’m so happy to hand the reigns of such an important program in the training ladder of ABT to Kate,” said McKenzie. “Her commitment to the students to have a professional experience of excellence is extraordinary.”

Lydon is an alumna of both American Ballet Theatre and San Francisco Ballet. She was a founding faculty member of the ABT Jacqueline Kennedy Onassis School in 2005 and, in 2012, was named Artistic Coordinator of the Apprentice Program, alongside Clinton Luckett. Lydon was appointed director of the ABT Studio Company in 2013 and was named artistic director in 2015. She has assisted with teaching ABT’s National Training Curriculum, both at ABT and for the Masters degree in pedagogy offered through the New York University’s Steinhardt School of

Culture, Education and Human Development. She has performed character roles  in ABT productions and serves as the host of ABT’s Young People’s Ballet Workshops and ABT Kids performances. Lydon previously served as editor and writer for Dance Media publications including Dance Magazine, Pointe, Dance Spirit and Dance Teacher, and served as Editor in Chief of Dance Spirit for five years. She also served on the advisory board of the Dizzy Feet Foundation.

Established in 1996, American Ballet Theatre’s Summer Intensives serve nearly 1,400 students each year in six locations throughout the United States. Over 50 former and current dancers from ABT have trained in the Company’s Summer Intensive programs.

Northern Trust is the Leading Corporate Sponsor of the ABT Jacqueline Kennedy Onassis  School.