World Premiere of Alexei Ratmansky’s The Seasons Scheduled for Spring Gala, Monday, May 20 at 6:30 P.M. 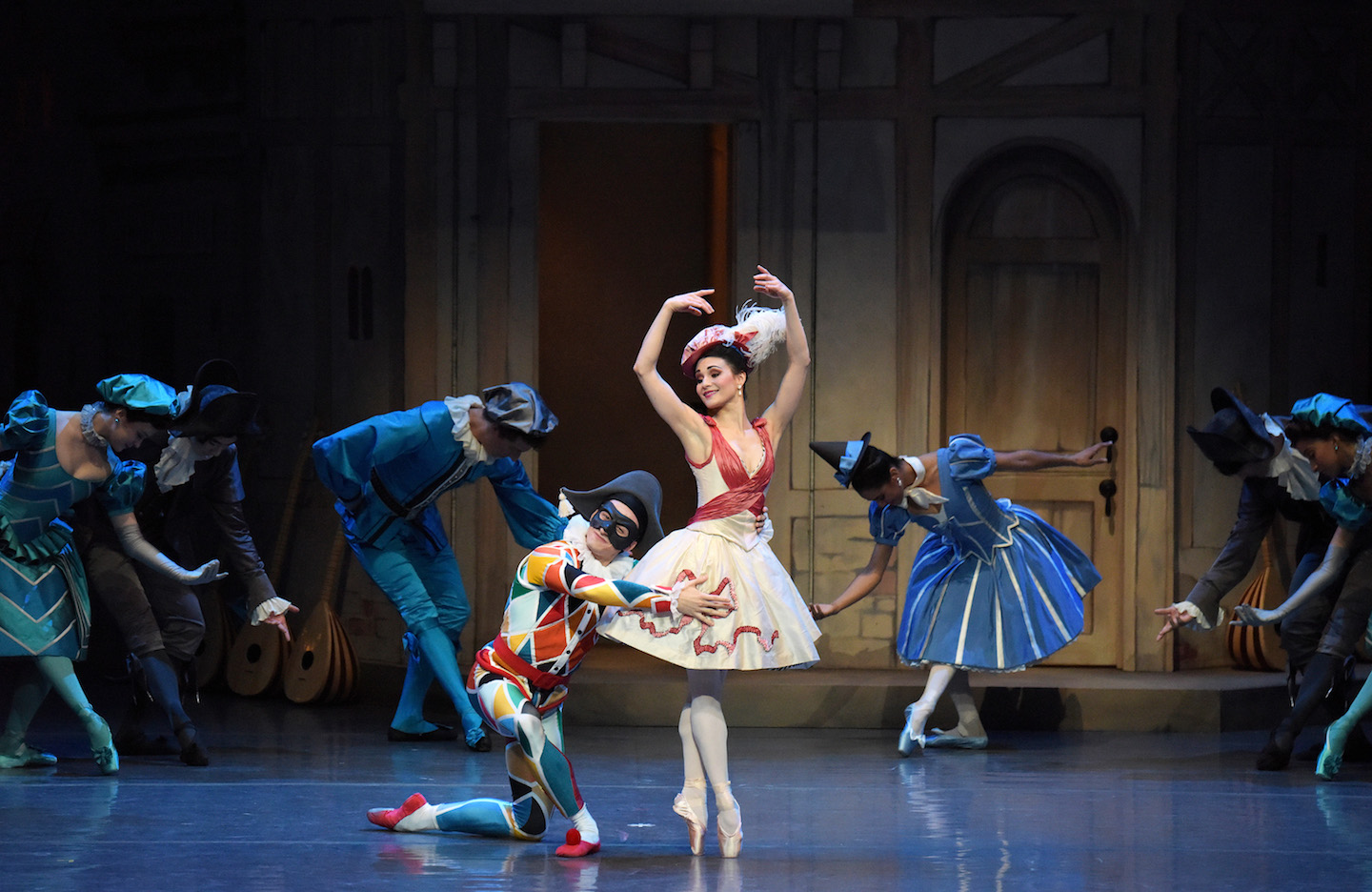 The season will begin with eight performances of Alexei Ratmansky’s Harlequinade, beginning Monday, May 13, with Isabella Boylston, James Whiteside, Stella Abrera and Thomas Forster in the leading roles.  The performance on Tuesday, May 14, will feature New York debuts by Carlos Gonzalez (Harlequin), Devon Teuscher (Pierrette) and Calvin Royal III (Pierrot).  Tyler Maloney will dance the role of Harlequin for the first time in New York at the matinee on Wednesday, May 15. This production of Harlequinade received its World Premiere by American Ballet Theatre on June 4, 2018, led by Isabella Boylston (Columbine), James Whiteside (Harlequin), Gillian Murphy (Pierrette) and Thomas Forster (Pierrot).  A comic ballet in two acts, Harlequinade is set to music by Riccardo Drigo and first premiered in 1900 in St. Petersburg, Russia.  Ratmansky’s Harlequinade features sets and costumes by Robert Perdziola and lighting by Brad Fields.

The 2019 Spring Gala on Monday, May 20 at 6:30 P.M., paying tribute to the 10th Anniversary year of Alexei Ratmansky as ABT Artist in Residence, will feature the choreographer’s 2016 work Serenade after Plato’s Symposium and this Spring’s World Premiere of The Seasons.  Serenade after Plato’s Symposium is set to music by Leonard Bernstein and features scenery and costumes by Jérôme Kaplan and lighting by Brad Fields.  The ballet will be danced by Herman Cornejo, Alexandre Hammoudi, Thomas Forster, Calvin Royal III, Gabe Stone Shayer, Daniil Simkin, Joseph Gorak and Devon Teuscher.

The second week of the Spring season will continue with four performances of an all-Ratmansky program of repertory works, May 21–23.  In addition to The Seasons, the Ratmansky Trio will include Songs of Bukovina (2017) and On the Dnieper (2009).

The May 21 cast of On the Dnieper will be led by Hee Seo as Natalia with debuts by Cory Stearns as Sergei, Christine Shevchenko as Olga and James Whiteside as Olga’s Fiancé.  The matinee on Wednesday, May 22 will feature debuts by Thomas Forster (Sergei), Devon Teuscher (Natalia) and Catherine Hurlin (Olga).  On the Dnieper, set to a score of the same name by Sergei Prokofiev, has scenery by Simon Pastukh, costumes by Galina Solovyeva, lighting by Brad Fields and projections by Wendall K. Harrington.  Ratmansky’s production of On the Dnieper received its World Premiere on June 1, 2009 at the Metropolitan Opera House, performed by Veronika Part (Natalia), Marcelo Gomes (Sergei), Paloma Herrera (Olga) and David Hallberg (Olga’s Fiancé).  Prokofiev’s score for On the Dnieper was originally commissioned by the Paris Opera, and the ballet received its World Premiere in 1932 by the Paris Opera Ballet.  On the Dnieper was last performed by ABT in 2010.

The second week will conclude with three performances of Whipped Cream, beginning Friday, May 24, led by Daniil Simkin as The Boy, Stella Abrera as Princess Tea Flower, Calvin Royal III as Prince Coffee and Sarah Lane as Princess Praline. Tyler Maloney will make his New York debut as The Boy at the matinee on Saturday, May 25. Choreographed by Alexei Ratmansky, the ballet features scenery and costumes by artist Mark Ryden and lighting by Brad Fields.  Whipped Cream, with a libretto and score by Richard Strauss, is based on the two-act ballet originally created as Schlagobers, which premiered at the Vienna State Opera in 1924.  Ratmansky’s production received its World Premiere by ABT on March 15, 2017 at Segerstrom Center for the Arts in Costa Mesa, California danced by Daniil Simkin (The Boy), Stella Abrera (Princess Tea Flower), David Hallberg (Prince Coffee) and Sarah Lane (Princess Praline).

On the Dnieper is generously sponsored by Leila and Mickey Straus and through an endowed gift from The Toni and Martin Sosnoff New Works Fund.