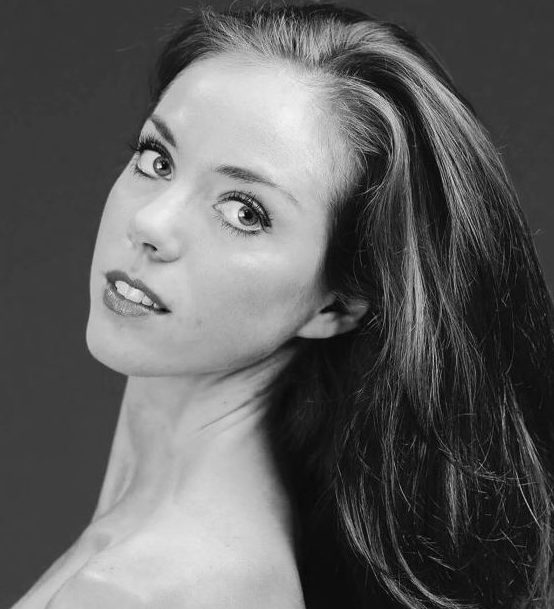 Kathryn Boren was born in Dallas, Texas.  At age six, she began studying at the Ballet Academy of Texas, under the direction of Lisa Slagle and Thomas Nicholson.  At age twelve, Boren was chosen as one of four young girls from the state of Texas to perform with American Ballet Theatre in George Balanchine’s Mozartiana.  She competed in the Youth America Grand Prix from 2004-2007 and received many top honors.

In 2007, Boren was awarded a full scholarship to the ABT Jacqueline Kennedy Onassis School, where she studied under the direction of Franco De Vita until 2009.  Boren also attended American Ballet Theatre’s Summer Intensive from 2004-2009, was a National Training Scholar from 2005-2009, and was named a Bender Foundation Scholar in 2008.  In 2007, Boren was awarded the Nadyne Legere Scholarship from the Dallas Dance Council and was the ABT JKO School’s Princess Grace Award nominee.  She was a YoungArts Honorable Mention Award Winner in 2008.

Boren joined ABT II (now ABT Studio Company) in 2009 and performed all over the world with the Company until 2011.  From 2011-2013, she danced with Staatsbellett Berlin under the direction of Vladimir Malakhov.  From 2013-2015, she danced with Boston Ballet under the direction of Mikko Nissinen.  Highlight roles of her career include the principal ballerina in George Balanchine’s Allegro Brillante, the principal in Jerome Robbins’ Interplay, Swan Lake Act II pas de deux, Grand Pas Classique, George Balanchine’s Stars and Stripes, the Hungarian Princess in Patrice Bart’s Swan Lake, the Lilac Fairy in Märchenballett, Arabian in Mikko Nissinen’s Swan Lake, and a demi-soloist in George Balanchine’s Diamonds.  Boren has also performed works choreographed by Aszure Barton, Jodie Gates, Edwaard Liang, Alexei Ratmansky, Heinz Spoerli, Vladimir Malakhov, and Petr Zuska.

Boren joined American Ballet Theatre as a member of the corps de ballet in March 2015.