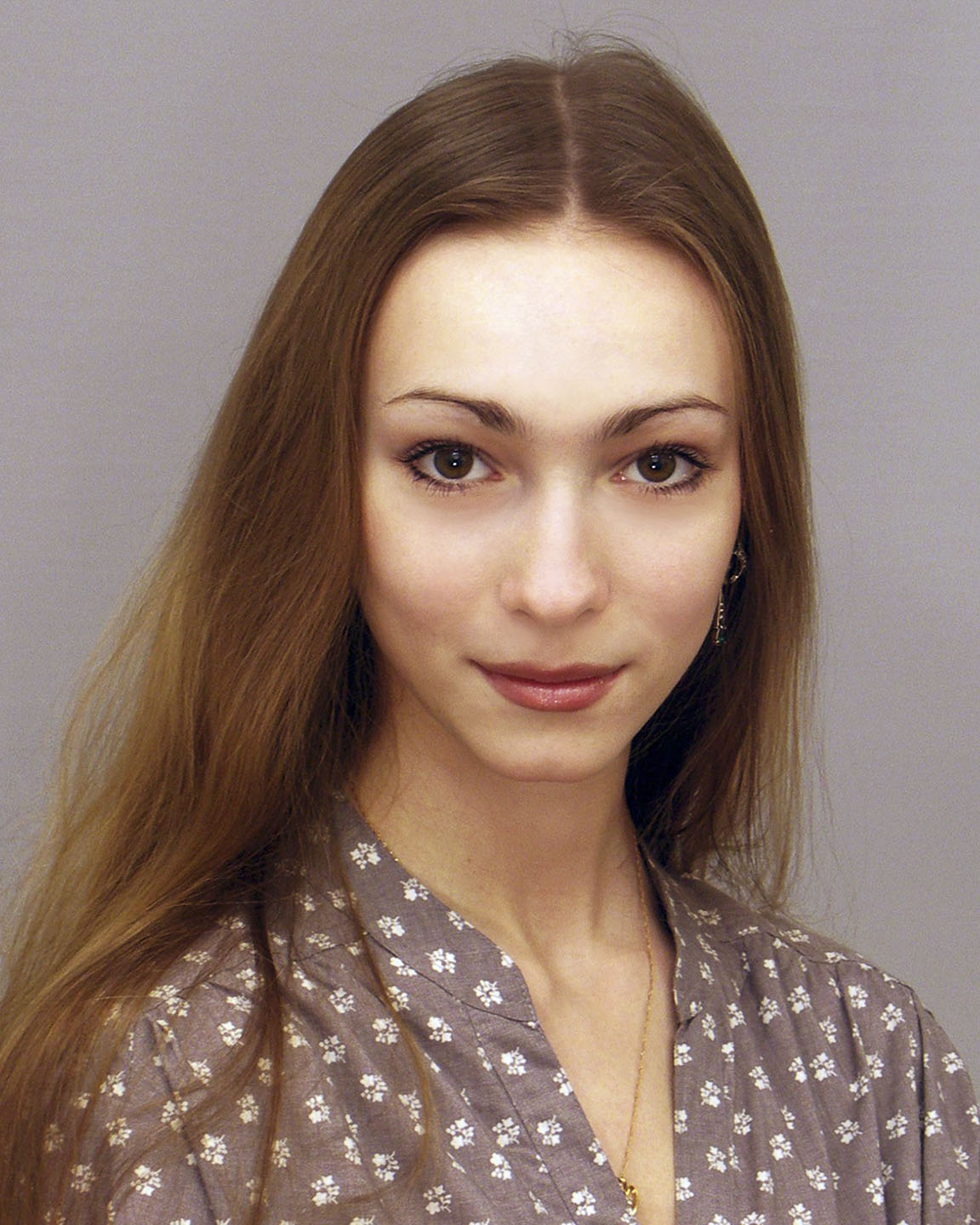 Olga Smirnova was born in St. Petersburg, Russia. She graduated from Vaganova Ballet Academy, Lyudmila Kovaleva’s class, in 2011, and joined the Bolshoi Ballet as a soloist the same year.  She was promoted to first soloist in 2012 and to leading soloist in 2013.  She is coached by Marina Kondratyeva.

Smirnova’s repertoire with the Bolshoi includes Myrtha and Two Wilis in Giselle; Lilac Fairy in The Sleeping Beauty; Queen of Dryads and 2nd variation in the Grand Pas in Don Quixote; Odette-Odile and Friends to Prince in Swan Lake, Nikiya in La Bayadere, the third Odalisque in Le Corsaire by Alexei Ratmansky and Yuri Burlaka, the title role in Emeralds (Part I of Jewels) by George Balanchine; Duet in Dream of Dream by Jorma Elo; Aspicia in La Fille du Pharaon by Pierre Lacotte, and Anastasia in Ivan the Terrible by Yuri Grigorovich.

Smirnova’s creations with the Bolshoi include the title role in Diamonds (Part III of Jewels) and Terpsichore in Apollon Musagète by George Balanchine and Tatiana in Onegin by John Cranko.

Her repertoire also includes Masha in The Nutcracker by Vasily Vainonen; Queen of Water in the Sea Bottom scene from The Little Humpbacked Horse by Alexander Gorsky; the seventh waltz in Chopiniana by Mikhail Fokine; Grand Pas Classique by Victor Gzovsky; Thaïs by Roland Petit; Mazurka by Vladimir Romanovsky and Melody by Asaf Messerer. She has also appeared at numerous festivals and gala concerts in Japan, Great Britain, Italy, Lithuania, Hungary, Greece, Portugal, and China. Smirnova’s awards include the Grand Prix of the Mikhailovsky Theatre Students Competition in

In 2013, she won the International Ballet Dance Open Award in the category of “Miss Expressive” and the “Spirit of Dance” award (“Rising Star” nomination) from Ballet magazine, as well as the prize of the International Dance Association Benois de la Danse for her performances of Nikia in La Bayadère, Aspichchia in The Pharaoh’s Daughter, Anastasia in Ivan the Terrible and the principal role in Diamonds of the ballet Jewels.

Smirnova made her debut with American Ballet Theatre in 2014 dancing Nikiya in La Bayadère.