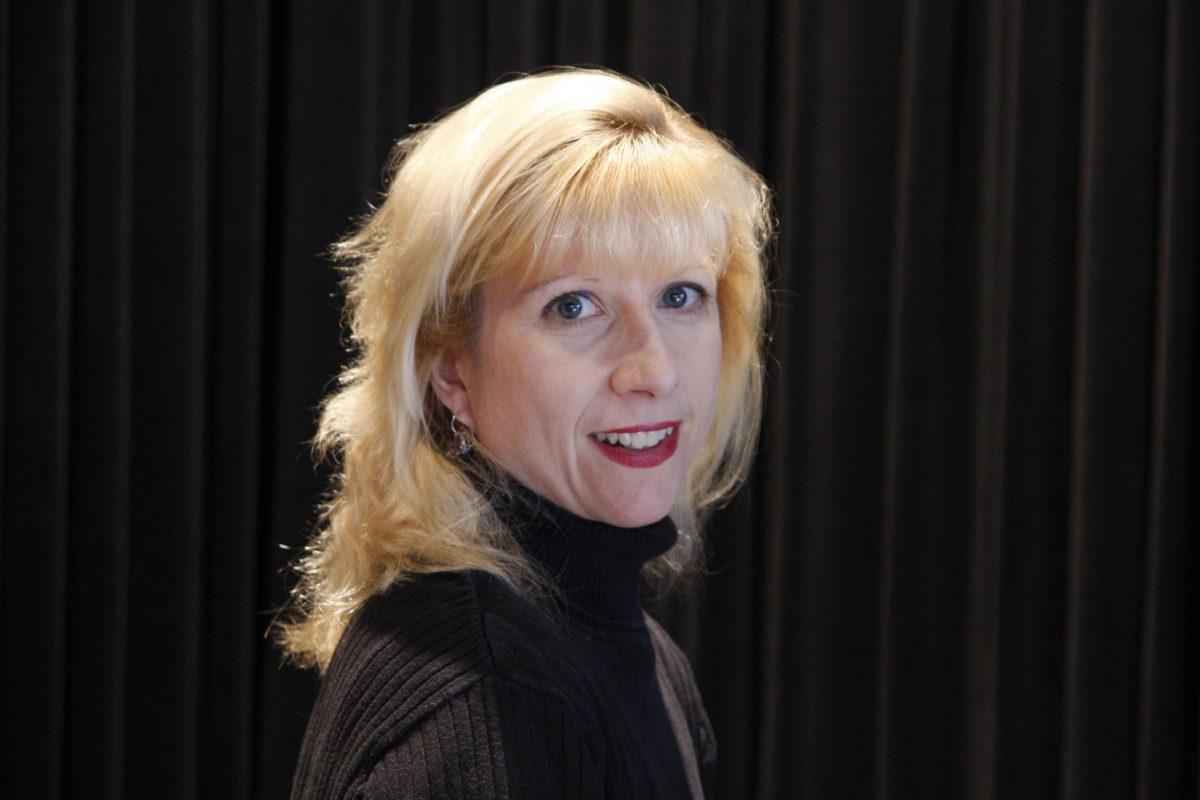 Samantha Shelton received her professional training from the Joffrey Ballet in New York and in Michigan with Rose Marie Floyd. She also studied in London with Anita Young (Royal Ballet) and at the Cecchetti International program in England. Most recently, she was invited to guest teach at Duke University as part of the partnership between the ABT Studio Company and Duke University. For the past twenty years, she has been on the ballet faculty for American Ballet Theatre Summer Intensive, formerly directed by Melissa Allen Bowman and currently directed by Kate Lydon, setting ABT repertoire and choreographing new ballets for the final performances. Currently, she is on faculty for the ABT Summer Intensives at the University of Texas, Austin, under the direction of Wes Chapman, former ABT principal and also travels the country as an adjudicator for the ABT National Audition Tour, selecting dancers for training programs in New York, Texas, California, Florida and Alabama.  Shelton has also taught at the ABT program at the University of Alabama, directed by Carla Stallings and the Detroit Opera House/Wayne State University, directed by Alaine Haubert.  She has choreographed and taught her for the professional ballet programs at Houston Ballet, Walnut Hill School in Boston, Ballet Tennessee, Missouri Contemporary Ballet, Duke University, and Interlochen Arts Academy and taught company class for Complexions, Ballet Hispanico and Grand Rapids Ballet.  Shelton received her first professional offer at 17, and has performed extensively in both classical and contemporary ballets.  Classical roles include the Grand Pas from Nutcracker, Sleeping Beauty, Don Quixote, Giselle and Raymonda. In her guest artist performances, she has partnered with Craig Salstein (of ABT), Arch Higgins (New York City Ballet) and Christopher Stowell (San Francisco Ballet) among many others. Samantha holds an M.F.A in Dance from the University of Michigan, where she was awarded a Rackham Thesis grant, and a B.A. in Political Science also from the University of Michigan. She has also done graduate work at New York University in Performing Arts Administration with internships in development, PR and marketing at Carnegie Hall and the Orchestra of St. Luke’s.   For six years, she served on the University of Michigan’s School of Music, Theatre & Dance Alumni Society Board of Governors and in May 2012 spent three weeks in Taiwan, teaching and presenting a piece of choreography for Tainan University. She has also held professorships at several colleges and universities including; Alma College, Grand Valley State University and Wayne State University.  She is certified through the American Ballet Theatre National Curriculum Training Program and in August of 2014, co-taught the ABT NTC with Harriet Clark, at the Detroit Opera House.  Shelton is the Artistic Director of Samantha Shelton Ballet Training Programs.