Random House Children’s Books to Partner with ABT on a Multi-Year, Multi-Book Publishing Program to Launch in Fall 2020

B Is for Ballet and Boys Dance! Will Release in Time for the Opening of ABT’s 80th Anniversary Fall Season 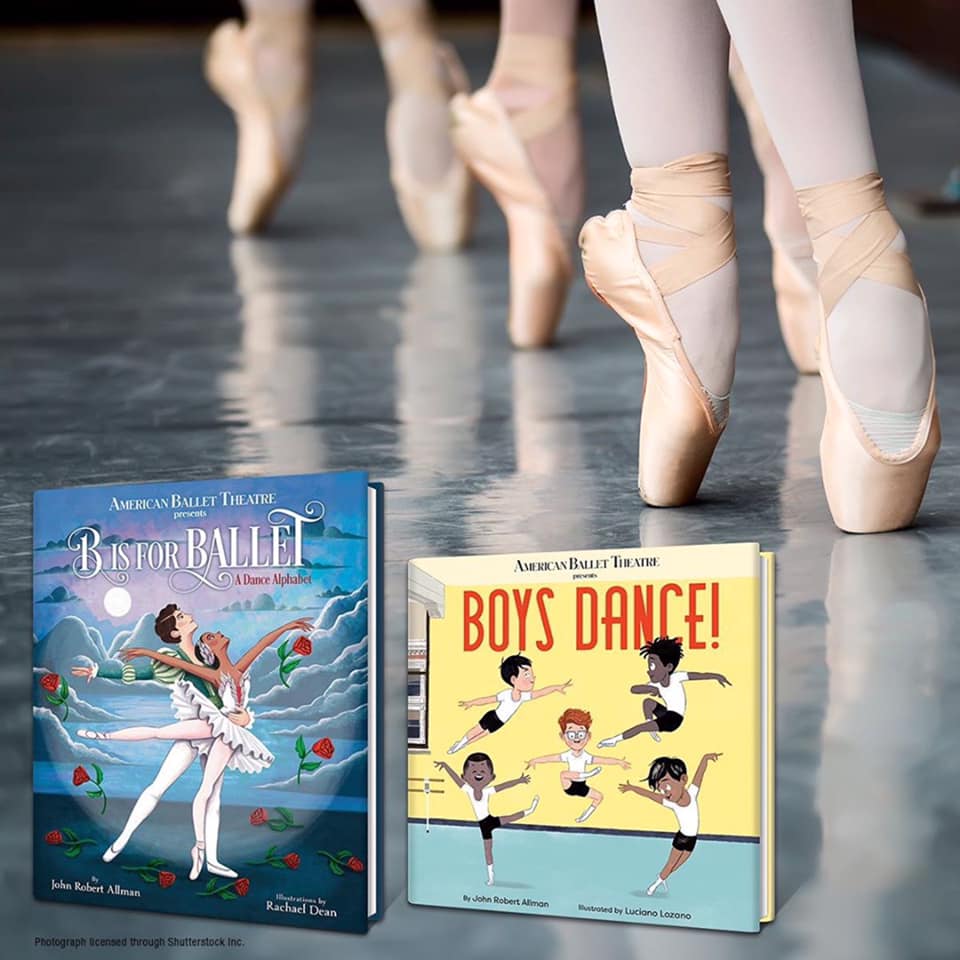 As America’s National Ballet Company®, ABT engages and inspires communities through the diversity, dynamism, and power of world-class dance. In celebration of its 80th anniversary, ABT is driven by its mission: to create, to present, to preserve, and to extend the great repertoire of classical dancing through exciting performances and educational programming of the highest quality, presented to the widest possible audience.

Said Loehr, “We celebrate and support ABT’s dedication to diversity, equity, and inclusion, and those tenets will be reflected in the stories we publish for young readers, with guidance and support from the team at ABT. It is our hope to educate children and foster a love of dance through the powerful medium of storytelling.”

The program’s debut list will feature two picture books releasing on September 22, 2020: B IS FOR BALLET and BOYS DANCE! B IS FOR BALLET is an alphabetical celebration of the world of ballet—its dancers, dances, choreographers, positions, terminology, and history, by John Robert Allman (A Is for Audra) and illustrated by Rachael Dean. BOYS DANCE!, also written by Allman, and illustrated by Luciano Lozano, is a joyful picture book about boys who take ballet lessons and the dance heroes who inspire them. Both titles will be published by Doubleday Books for Young Readers and edited by Frances Gilbert, Editor in Chief.

Regarding the partnership, American Ballet Theatre Executive Director Kara Medoff Barnett said, “As American Ballet Theatre celebrates eight triumphant decades and looks to the future, we are thrilled to introduce eight children’s books to inspire the next generation of artists and audiences. With Random House Children’s Books, we will tell unexpected stories that reveal the adventure and the humanity behind the scenes as dancers pursue their dreams.”

Additional titles slated for release at a later date include a photographic jacketed gift book (Doubleday) that chronicles the lives of three children at the ABT Jacqueline Kennedy Onassis School; GLORIA’S PROMISE (Random House Studio), a picture book by the #1 New York Times bestselling illustrator of Fancy Nancy, Robin Preiss Glasser, written with her sister Jacqueline Preiss Weitzman, about an athletic, motivated, thoughtful girl on the day of her ABT audition, and a sequel about Gloria on the night of her first ABT performance; MY DADDY IS A BALLET DANCER (Random House Studio), a picture book by ABT dancer Thomas Forster, who is also a dad and Shari Loeffler; and contemporary MG and YA graphic novel stories to be published under the Random House Graphic imprint.

American Ballet Theatre is one of the great dance companies in the world. Few ballet companies equal ABT for its combination of size, scope and outreach. Recognized as a living national treasure since its founding in 1940, ABT annually tours the United States, performing for more than 300,000 people, and is the only major cultural institution to do so. For 80 years, the Company has appeared in a total of 132 cities in 45 countries and has performed in all 50 states of the United States. ABT has recently enjoyed triumphant successes with engagements in Paris, Singapore, Hong Kong and Oman. On April 27, 2006, by an act of Congress, American Ballet Theatre became America’s National Ballet Company®.