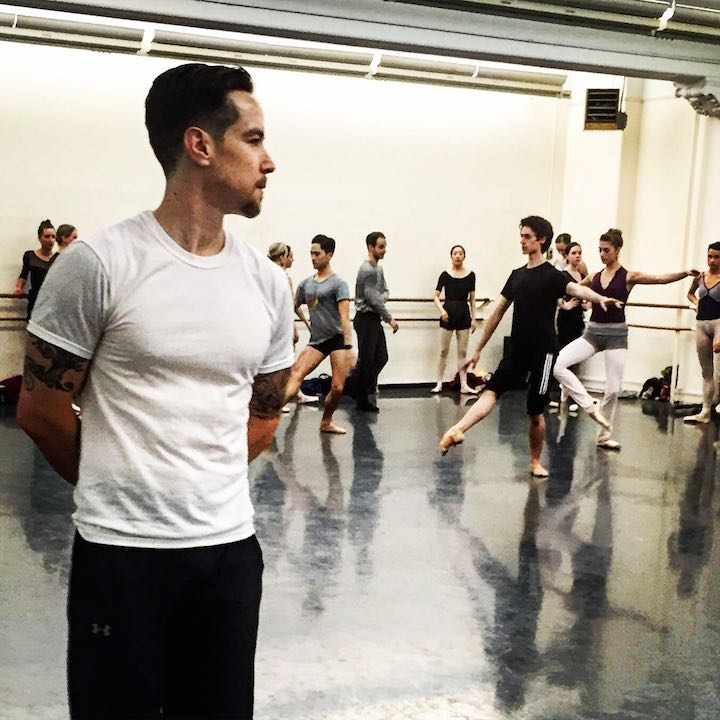 Sascha Radetsky, a former Soloist at American Ballet Theatre, has been named Director of the ABT/NYU Master’s Degree Program in Ballet Pedagogy.  Radetsky’s appointment, effective immediately, was announced today by ABT Artistic Director Kevin McKenzie. The New York University Master of Arts Program in Teaching Dance in the Professions with a concentration in ABT Ballet Pedagogy, established in Fall 2008, emphasizes the study of ballet technique combined with discipline-based inquiries and scholarly research.

Radetsky was born in Santa Cruz, California, and began his ballet studies in the San Francisco Bay Area with Damara Bennett and Ayako Takahashi. He later studied at the Bolshoi Academy in Moscow and the Kirov Academy in Washington, D.C. He also studied at the summer programs of the School of American Ballet, the San Francisco Ballet School, the Bolshoi Ballet Academy in Vail, Colorado&##44; and with Mikhail Baryshnikov at American Ballet Theatre’s School of Classical Ballet. Radetsky joined ABT’s corps de ballet in 1996 and was promoted to Soloist in 2003. His repertoire with the Company included Franz in Coppélia, Prince Charming in Cinderella, Lankendem in Le Corsaire, Espada in Don Quixote, Lescaut in Manon, Bluebird in The Sleeping Beauty, Hilarion in Giselle, Tybalt in Romeo and Juliet, Benno and von Rothbart in Swan Lake, Iago in Othello, Orion in Sylvia, Petrouchka in Petrouchka, the Champion Roper in Rodeo and leading roles in The Brahms-Haydn Variations, Clear, Company B, Fancy Free, In the Upper Room, The Leaves Are Fading, Symphony # 9, The Moor’s Pavane, Rabbit and Rogue and Études, among others.  In 2008, Radetsky joined Dutch National Ballet as a principal dancer, performing roles such as Albrecht in Giselle and the Son in Prodigal Son.  He returned to ABT in 2010 and retired from the Company in 2014.

Radetsky starred in the movies Center Stage and the upcoming Center Stage 3,#44; and in the Starz television series Flesh and Bone.  He has contributed articles to Dance Magazine, Vogue.com and Newsweek.

Radetsky has taught ballet for numerous institutions including American Ballet Theatre, Youth America Grand Prix, the New Mexico School of the Arts, Manhattan Movement and Arts Center, Ballet Arts, Broadway Dance Center, the Dallas Conservatory and the New York City Dance Alliance. He studied at Long Island University and St. Mary’s College, and has lectured at the University of California, Santa Barbara, the AMDA College and Conservatory of the Performing Arts and at the ABT Jacqueline Kennedy Onassis School. He has choreographed for Bucknell University’s Department of Theatre and Dance and a commercial for Under Armour.  He is a repetiteur-in-training with The Antony Tudor Ballet Trust and was a fall 2015 artistic fellow at New York University’s Center for Ballet and the Arts.

Speaking of his appointment, Radetsky said, “The ABT/NYU Master’s Degree Program in Ballet Pedagogy brings together two world-class institutions. I am proud to contribute to this unique partnership and excited at the prospect of developing students into superlative teachers.”

The New York University Master’s Program in Teaching Dance in the Professions with a concentration in ABT Ballet Pedagogy is a 36-point graduate degree program that prepares dance teachers for studios, conservatories and company schools, as well as for further doctoral study in dance education and teaching in higher education. The full-time program starts each September and can be completed in three semesters. Students in the program examine the study of ballet technique for the express purpose of developing research-informed and proficient teachers who possess a complete understanding of the use of the biomechanics of movement, artistic imagery and the development of students on professional and recreational tracks of study.  Integrated fieldwork studies with American Ballet Theatre and its training programs give students the opportunity to cultivate professional networks in the city that is considered the dance capital of the world.  Students also visit other exemplary artistic, teaching and learning venues in New York City. Discipline-based inquiries and scholarly research, along with artistry, increase knowledge and expertise in the theory and practice of dance education and transform the way educators understand and teach dance. #160; Electives and an arts management course help prepare the graduate for employment in multiple settings.

Acceptance to the program is by application and audition. The next audition for the ABT/NYU Master’s Program in Ballet Pedagogy, taught by Radetsky, will be held on Sunday, February 21, 2016 at 10:00 AM at ABT’s 890 Broadway studios in New York City.  A formal application to the program and registration for this audition are required. For more information, please visit http://steinhardt.nyu.edu/music/dance/auditions.