Sebastian to Succeed David Hallberg in "ABT Incubator: Pass the Baton" Program, Wednesday, October 14 at 6:00 P.M. on YouTube and IGTV 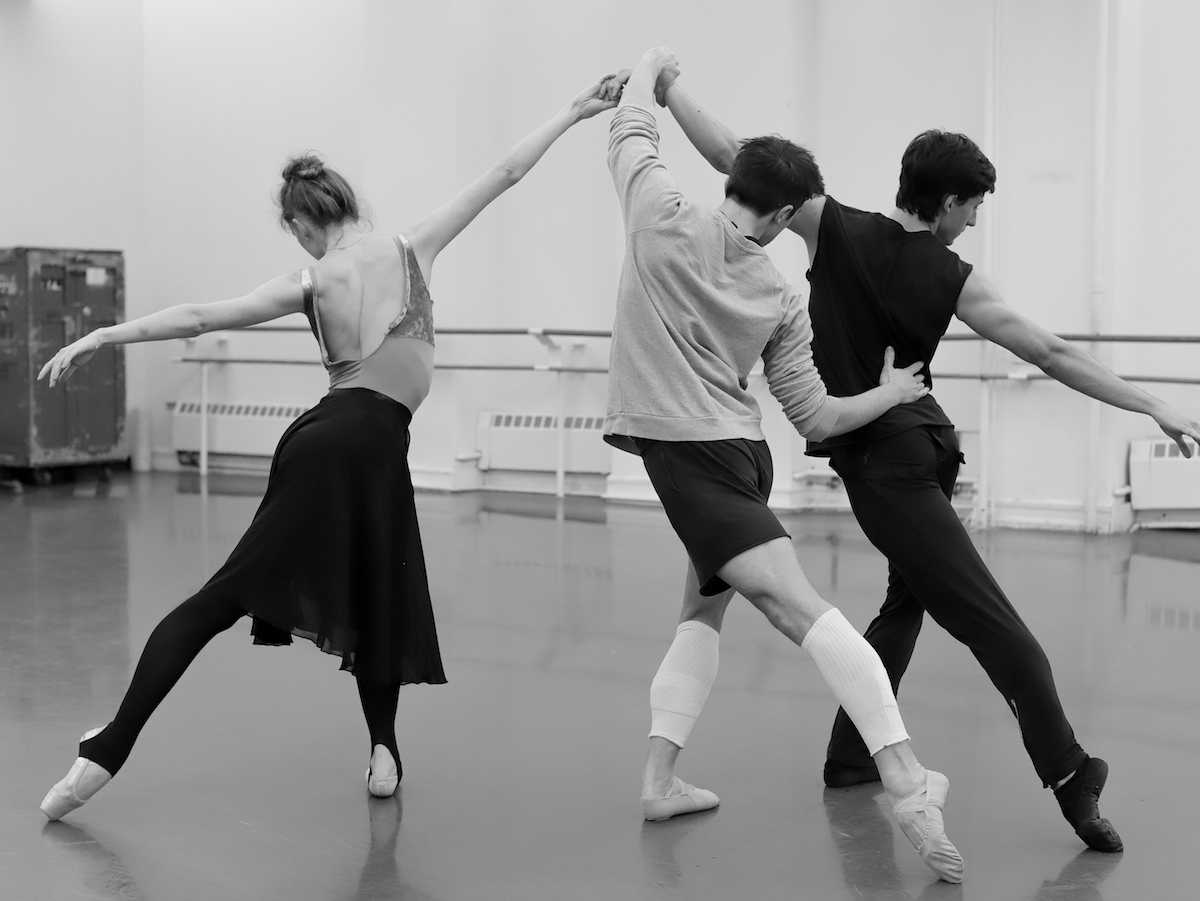 American Ballet Theatre has appointed corps de ballet member Jose Sebastian as the new director of ABT Incubator, ABT’s annual choreographic workshop.  Sebastian succeeds ABT Principal Dancer David Hallberg, who has led ABT Incubator since its inception in 2010.  An online presentation marking this leadership transition, as Hallberg steps into his new role as artistic director of The Australian Ballet and as Sebastian steps up to carry forward ABT’s commitment to choreographic innovation, will take place on Wednesday, October 14 at 6:00pm.  This digital event will feature a discussion of ABT Incubator’s past, present, and future with Hallberg and Sebastian, moderated by ABT Artistic Director Kevin McKenzie.

Under the direction of Hallberg, ABT Incubator was established in 2018, building on earlier choreographic workshops that Hallberg catalyzed for the Company.  Open to ABT dancers and outside choreographers chosen through an audition process, ABT Incubator provides its participants time and resources to generate and inspire new ideas for the creation of new work.  In addition to allowing selected ABT dancers the opportunity to explore and experiment as choreographers with extraordinary artists as their muses, the program enables many dancers the opportunity to participate in the creative process. Choreographer Jessica Lang currently serves as program mentor, offering composition workshops and providing invaluable professional advice.

“Over my 10 years as director of ABT Incubator, we have built a program based on the facilitating and nurturing of the choreographic idea,” said Hallberg.  “I have seen dancers of ABT, as well as choreographic talents like Pam Tanowitz and Gabrielle Lamb, develop their creative voice on the world-class dancers of this Company. Everything has its course and it is now with excitement that I pass this responsibility onto Jose Sebastian, a fellow colleague at ABT. He will surely implement his fresh vision for the future of ABT Incubator and continue to develop it as a vital outlet that is part of the cultural field of New York City.”

“What an honor and a privilege it is to step into David Hallberg’s shoes and discover how to push creative boundaries,” said Sebastian. “Building on ABT Incubator‘s strong foundation, I look forward to exploring new movement and imagining new possibilities.”

Plans for the next ABT Incubator creation period are underway for November 2020 and February 2021 with ABT dancers Zhong-Jing Fang, Luciana Paris, Luigi Crispino, Sung Woo Han, Melvin Lawovi and Joseph Markey creating works with their colleagues while observing strict COVID-19 health protocols.

David Hallberg, born in Rapid City, South Dakota, began his ballet training at age 13 with Kee Juan Han at the Arizona Ballet School in Phoenix. In 1999, he was accepted into the Paris Opera Ballet School where he continued his studies under the direction of Claude Bessy, Jacques Namont and Gilbert Meyer. Hallberg attended American Ballet Theatre’s New York Summer Intensive in 1999 and 2000, joined ABT’s Studio Company in 2000 and became a member of the corps de ballet in 2001. He was promoted to Soloist in 2004 and to Principal Dancer in 2006. Hallberg’s numerous awards include the Princess Grace Fellowship and the Chris Hellman Dance Award for 2002–2003, a nomination for the Benois de la Danse Award in 2006 and the Benois de la Danse Award in 2010. Hallberg joined the Bolshoi Ballet as a Premier Danseur in September 2011, the first American to join the company. Earlier this year, Hallberg was appointed Artistic Director of Australian Ballet beginning January 2021.

Jose Sebastian, a native of New York City, started his dance training at age 8 with the School of American Ballet and continued training there for nearly 10 years. He received additional ballet training at Studio Maestro and private training with Fabrice Herrault and Olga Kostritzky. Sebastian joined ABT Studio Company in 2006 and American Ballet Theatre as an apprentice in January 2009 and became a member of the corps de ballet in January 2010.  Sebastian is Artistic Director of the Hampton’s Dance Project and created the short film Sillage for Moving Stories: An ABT Film Festival.

Champion support for the ABT Women’s Movement is provided by Jenna Segal. Additional Leadership support provided by the Virginia B. Toulmin Foundation and through an endowed gift from the Toni and Martin Sosnoff New Works Fund.