Segerstrom Center for the Arts and American Ballet Theatre Announce Three-Year Partnership to Include World Premiere by Alonzo King and the U.S. Premiere of Like Water For Chocolate By Christopher Wheeldon 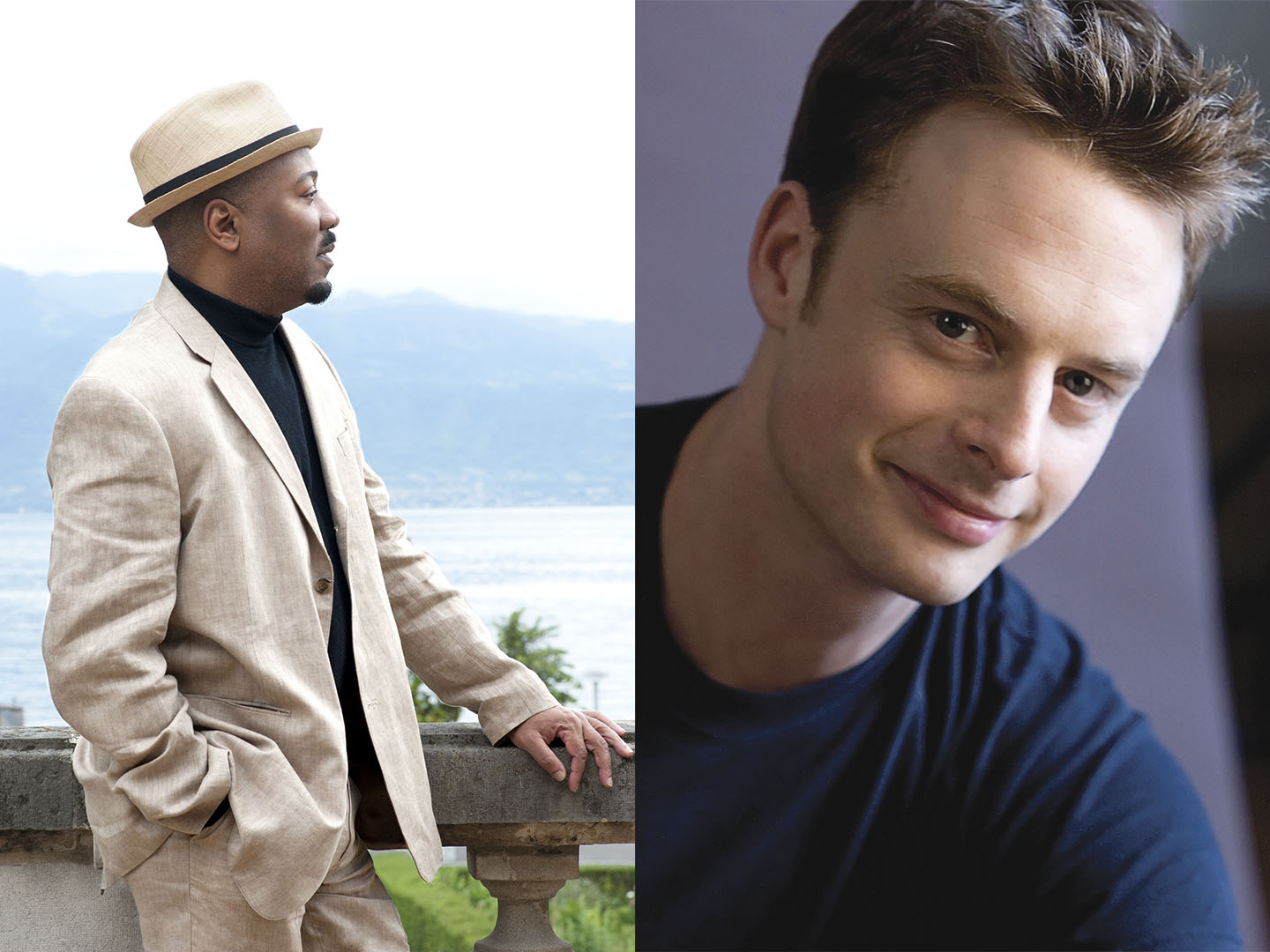 NEW YORK, NY and COSTA MESA, CA – Segerstrom Center for the Arts President Casey Reitz and American Ballet Theatre (ABT) Executive Director Kara Medoff Barnett announced today a three-year partnership combining the resources of America’s National Ballet Company® and one of the nation’s leading presenters of dance. The partnership will commence in December 2021 with three additional years of the co-presented annual productions of Alexei Ratmansky’s The Nutcracker and continue with World and West Coast Premieres and engagements each spring through 2024.

“We are proud to designate the renowned American Ballet Theatre as the Official Dance Company of Segerstrom Center for the Arts. This partnership reflects the extended history and long-term commitment between Segerstrom Center for the Arts and ABT, a company that has graced our stage and entertained patrons with exciting and inspiring performances since 1987. The Center is committed to these premieres because we recognize each has been beautifully and uniquely crafted to provide enjoyment to dance audiences throughout Southern California for many years to come.” says Casey Reitz.

Segerstrom Center and ABT have a robust long-standing relationship. At the Center, ABT gave the World Premiere of Mikhail Baryshnikov’s Swan Lake in 1988. In 1999, the ABT production of Le Corsaire was taped for broadcast on PBS’s Dance in America, winning an Emmy Award. In 2003, The Dream was also taped at the Center for broadcast on Dance in America. In 2008, ABT co-commissioned Twyla Tharp’s Rabbit and Rogue with Segerstrom Center for the Arts, which received its World Premiere in New York and its West Coast Premiere at the Center. Other ABT productions at the Center have included the West Coast Premiere of Artistic Director Kevin McKenzie’s production of The Sleeping Beauty in 2007, the World Premiere of a new production of Firebird by ABT Artist in Residence Alexei Ratmansky, and three additional ballets by Ratmansky including the West Coast premiere of The Nutcracker in 2015, the World Premiere of Whipped Cream in 2017, the West Coast Premiere of Harlequinade in 2019, and the World Premiere and co-commissioned production Of Love and Rage in 2020.  Most recently, the Center presented Uniting in Movement, in April of 2021, a unique dance project bringing 18 ABT dancers together for safe collaboration and an exhilarating performance of new works by Jessica Lang, Lauren Lovette, and Darrell Grand Moultrie. Since 2015, ABT has wowed Southern California audiences at Segerstrom Center for the Arts with annual holiday engagements of The Nutcracker for over 63 performances!

“American Ballet Theatre’s mission calls us to preserve the classics and extend the repertoire of classical ballet,” says Kara Medoff Barnett, ABT Executive Director. “As the Official Dance Company of Segerstrom Center, ABT brings both the beloved classics and exciting new works to Southern California audiences.  With talented students at the ABT William J. Gillespie School and enthusiastic audiences, Orange County offers ABT’s artists the warmest of welcomes.  Segerstrom Center’s leadership recognizes the importance of innovation, inclusion, and invention to the future of the art form.”

The three-year partnership between American Ballet Theatre and Segerstrom Center for the Arts will include three Premiere works. Beginning March 2022, ABT and the Center will present a mixed repertory program to include a World Premiere by Alonzo King and West Coast Premieres of Ratmansky’s Bernstein in a Bubble and Lang’s ZigZag, featuring songs recorded by Tony Bennett.

In March 2023, American Ballet Theatre will give the North American Premiere of Like Water for Chocolate at the Center. From the award-winning team of choreographer Christopher Wheeldon and composer Joby Talbot, with costumes by Bob Crowley, this co-production with the Royal Ballet is inspired by Laura Esquivel’s bestselling novel of the same name. The evening-length production tells the story of Tita, a young Mexican woman whose restrictive upbringing prevents her from marrying until her mother dies. Overwhelmed by a sense of duty and family tradition, Tita’s only form of expression is through cooking, but her life takes an unexpected turn when she falls in love with her wealthy neighbor Pedro. Their forbidden passion has far-reaching—and devastating—consequences. Laura Esquivel comments, “Having Christopher and his team transform my story into a ballet is truly magical for me. It was a great pleasure to have them visit Mexico for extensive research and to develop the scenario together. I am amazed at how Christopher can translate deep emotions into movement, and I can’t wait to see this wonderful creative adventure unfold.”

ABT and the Center’s partnership in 2024 will include a third World Premiere. Details to follow at a later date.

“I am so pleased to continue our long relationship with Segerstrom Center for the Arts, a place I consider a second home to ABT,” said Kevin McKenzie, ABT Artistic Director.  “This partnership will allow ABT to expand our programming and experiment with new ways of telling stories.  In our first collaboration with renowned dance maker Alonzo King, ABT dancers will stretch their wings with King’s unique form of expression and brand of movement.  I am excited to see the results.  And from page to stage, Christopher Wheeldon will bring Laura Esquivel’s celebrated novel Like Water for Chocolate to life for its U.S. Premiere at Segerstrom Center.”

The Segerstrom Center for the Arts also houses the ABT Gillespie Ballet School. The school offers unrivaled training, performing opportunities, Master Classes, lectures by visiting artists, and the highest quality of classical ballet training through the American Ballet Theatre National Training Curriculum. Forty students are featured annually in ABT’s production of The Nutcracker; and have performed alongside ABT dancers in the World Premiere productions of The Sleeping Beauty (2015), Whipped Cream (2017), and the West Coast premiere of ABT’s Harlequinade (2019).

American Ballet Theatre is one of the great dance companies in the world. Revered as a national treasure since its founding season in 1940, its mission is to create, present, and extend the great repertoire of classical dancing for the widest possible audience. Headquartered in New York City, ABT is the only cultural institution of its size and stature to extensively tour, engaging and inspiring audiences for eight decades in 50 US states, 45 countries, and over 480 cities worldwide. ABT’s extraordinary dancers hail from 14 countries and 24 US states. ABT’s repertoire includes full-length classics from the nineteenth century, the finest works from the early twentieth century, and diverse and dynamic contemporary work by the leading choreographers of today. In 2006, by an act of Congress, ABT was designated America’s National Ballet Company®.

SEGERSTROM CENTER FOR THE ARTS

Segerstrom Center for the Arts is an acclaimed arts institution as well as a beautiful multi-disciplinary cultural campus. It is committed to supporting artistic excellence, offering unsurpassed experiences and to engaging the entire community in new and exciting ways through the unique power of live performance as well as a diverse array of inspiring arts-based education and community engagement programs.

In addition to Segerstrom Center for the Arts as a presenting and producing institution, it also identifies the beautiful 14-acre campus that embraces the Center’s own facilities as well as two independently acclaimed organizations: Tony Award®-winning South Coast Repertory and the Orange County Museum of Art.