American Ballet Theatre's The Nutcracker at Segerstrom Center for the Arts

Tickets On Sale Now at SCFTA.org 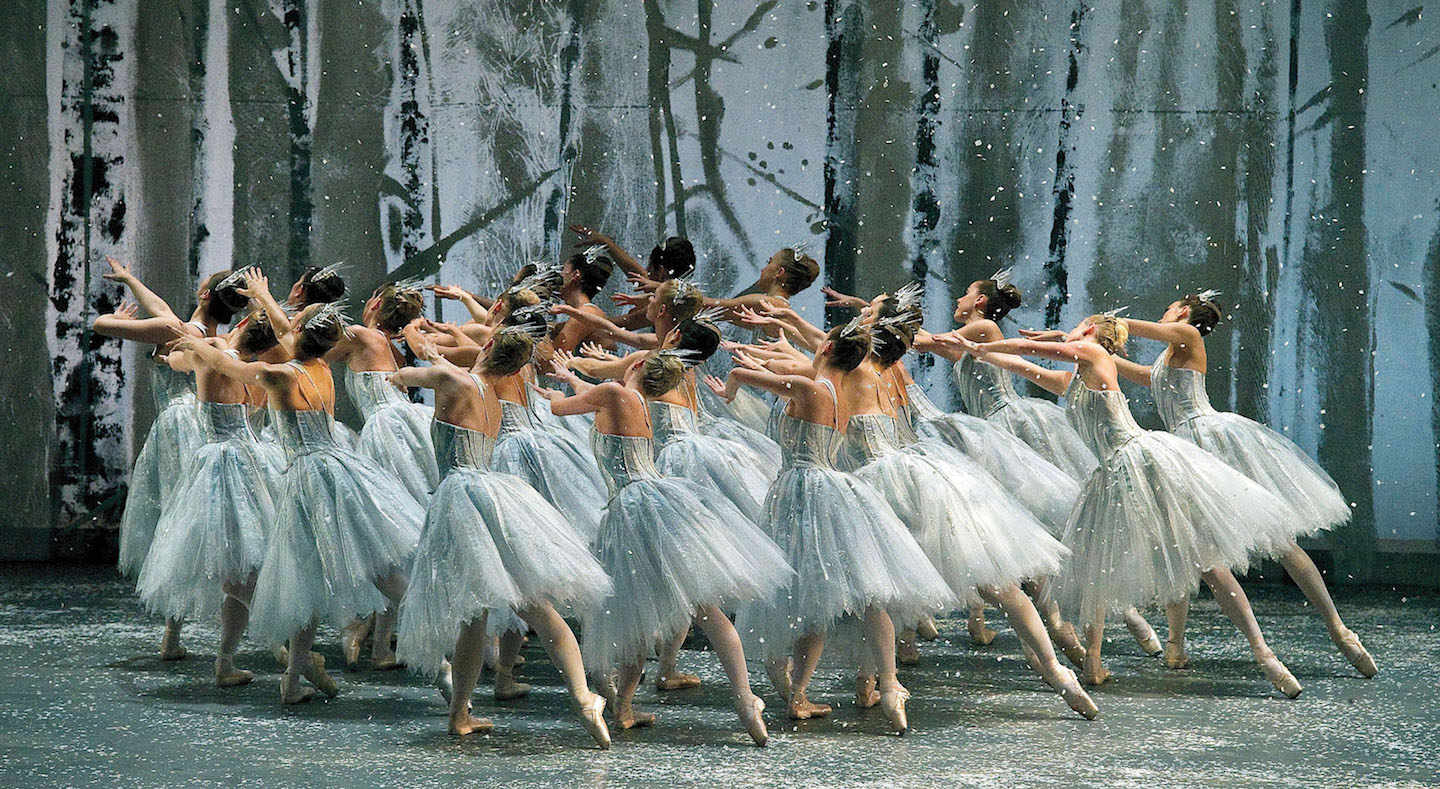 COSTA MESA, CA – Segerstrom Center for the Arts announces the return of its popular tradition – American Ballet Theatre’s captivating production of The Nutcracker.  Co-presented by the Center and ABT with choreography by ABT Artist in Residence Alexei Ratmansky, The Nutcracker is the beloved holiday story based on The Nutcracker and the King of Mice written by E.T.A. Hoffmann and set to a magical score by Peter Ilyitch Tchaikovsky.

In its annual holiday engagement, American Ballet Theatre will give 12 performances between December 10 through December 19, 2021 in Segerstrom Hall.  This year marks the 6th time that The Center has presented ABT’s The Nutcracker, Southern California’s grandest production of this beloved holiday tradition. This Nutcracker features ABT’s international all-star cast.

American Ballet Theatre has a long, storied history of producing several critically acclaimed productions of this annual family-friendly classic tale of Clara and the Nutcracker over the years (previous versions were by Mikhail Baryshnikov and ABT Artistic Director Kevin McKenzie). The Nutcracker, with its timeless music by Tchaikovsky and fairytale costumes and exotic dances, is the perfect way to introduce children to dance and even inspire them to study dance and become a little Clara or Nutcracker Prince.

The Los Angeles Times said, “Choreographer Alexei Ratmansky has made his own Christmas miracle: a joyful “Nutcracker” ballet that is ravishing and clever enough to inspire multiple viewings … in ‘Waltz of the Flowers,’ Busby Berkeley-esque waves of complex human patterns make this waltz one of the most astounding and beautiful you’ll ever see … in all its wondrousness, an unreserved classic.”

The Orange County Register said, “A visual tour de force … a Nutcracker without parallel … Ratmansky is an undisputed master; few choreographers combine his qualities of invention, wit, pacing and theatricality … Ratmansky has created a work that celebrates the wonder and transformative power of live performance.”

The New York Times said, “Mr. Ratmansky here is an enchanting storyteller, but his is among the most original, fascinating for children and adults alike. A production like no other, made with complete theatrical authority from first to last.”

Single tickets for American Ballet Theatre’s The Nutcracker start at $30 and are now available online at SCFTA.org, at the Box office at 600 Town Center Drive in Costa Mesa, or by calling (714) 556-2787.  For inquiries about group ticket discounts for 10 or more, call the Group Services offices at (714)755-0236.

The ABT Gillespie Ballet School offers unrivaled training, performing opportunities, Master Classes, lectures by visiting artists, and the highest quality of classical ballet training through the American Ballet Theatre National Training Curriculum. Forty students are featured annually in ABT’s production of The Nutcracker; and have performed alongside ABT dancers in the World Premiere productions of The Sleeping Beauty (2015), Whipped Cream (2017), and the West Coast premiere of ABT’s Harlequinade (2019).

ABT Artistic Director Kevin McKenzie has released principal casting which will include Hee Seo as Clara, the Princess, and Cory Stearns as The Nutcracker Prince on Opening Night, Friday, December 10.  *Indicates first time in role.

This engagement of The Nutcracker begins a new three-year partnership of the co-presented annual production of Alexei Ratmansky’s The Nutcracker and continues with World and West Coast Premieres and engagements each spring through 2024 combining the resources of America’s National Ballet Company® and one of the nation’s leading presenters of dance.

Since 2015, ABT has wowed Southern California audiences at Segerstrom Center for the Arts with annual holiday engagements of The Nutcracker for over 63 performances.  Segerstrom Center and ABT have a robust long-standing relationship. At the Center, ABT gave the World Premiere of Mikhail Baryshnikov’s Swan Lake in 1988. In 1999, the ABT production of Le Corsaire was taped for broadcast on PBS’s Dance in America, winning an Emmy Award. In 2003, The Dream was also taped at the Center for broadcast on Dance in America. In 2008, ABT co-commissioned Twyla Tharp’s Rabbit and Rogue with Segerstrom Center for the Arts, which received its World Premiere in New York and its West Coast Premiere at the Center.

Most recently, the Center presented Uniting in Movement, in April of 2021, a unique dance project bringing 18 ABT dancers together for safe collaboration and an exhilarating performance of new works by Jessica Lang, Lauren Lovette, and Darrell Grand Moultrie.

The three-year partnership between American Ballet Theatre and Segerstrom Center for the Arts will include three Premiere works. Beginning March 2022, ABT and the Center will present a mixed repertory program to include a World Premiere by Alonzo King and West Coast Premieres of Ratmansky’s Bernstein in a Bubble and Lang’s ZigZag, featuring songs recorded by Tony Bennett.

In March 2023, American Ballet Theatre will give the North American Premiere of Like Water for Chocolate at the Center. From the award-winning team of choreographer Christopher Wheeldon and composer Joby Talbot, with costumes by Bob Crowley, this co-production with the Royal Ballet is inspired by Laura Esquivel’s bestselling novel of the same name.

ABT and the Center’s partnership in 2024 will include a third World Premiere. Details to follow at a later date.

AMERICAN BALLET THEATRE is one of the great dance companies in the world. Revered as a national treasure since its founding season in 1940, its mission is to create, present, and extend the great repertoire of classical dancing for the widest possible audience. Headquartered in New York City, ABT is the only cultural institution of its size and stature to extensively tour, engaging and inspiring audiences for eight decades in 50 US states, 45 countries, and over 480 cities worldwide. ABT’s extraordinary dancers hail from 14 countries and 24 US states. ABT’s repertoire includes full-length classics from the nineteenth century, the finest works from the early twentieth century, and diverse and dynamic contemporary work by the leading choreographers of today. In 2006, by an act of Congress, ABT was designated America’s National Ballet Company®.

SEGERSTROM CENTER FOR THE ARTS is an acclaimed arts institution as well as a beautiful multi-disciplinary cultural campus. It is committed to supporting artistic excellence, offering unsurpassed experiences and to engaging the entire community in new and exciting ways through the unique power of live performance as well as a diverse array of inspiring arts-based education and community engagement programs.

In addition to Segerstrom Center for the Arts as a presenting and producing institution, it also identifies the beautiful 14-acre campus that embraces the Center’s own facilities as well as two independently acclaimed organizations: Tony Award®-winning South Coast Repertory and the Orange County Museum of Art.

Segerstrom Center for the Arts

In person and Phone-

Those who are under age 12 and anyone without proof of being fully vaccinated must provide proof of a negative COVID-19 PCR test taken within 72 hours (3 days) prior to entering the theatre.

Masks are required at all times for all patrons and visitors regardless of vaccination status in all indoor spaces at Segerstrom Center.

Performance ticket holders who do not comply with these policies will not be admitted.