Whipped Cream, a World Premiere by ABT, Choreographed by Alexei Ratmansky and Designed by Artist Mark Ryden, Set for March 15, 2017 at Segerstrom Center for the Arts, Costa Mesa, California

Two-Act Ballet With Original Libretto and Score by Richard Strauss

New York Premiere Scheduled for May 22, 2017 at Metropolitan Opera House 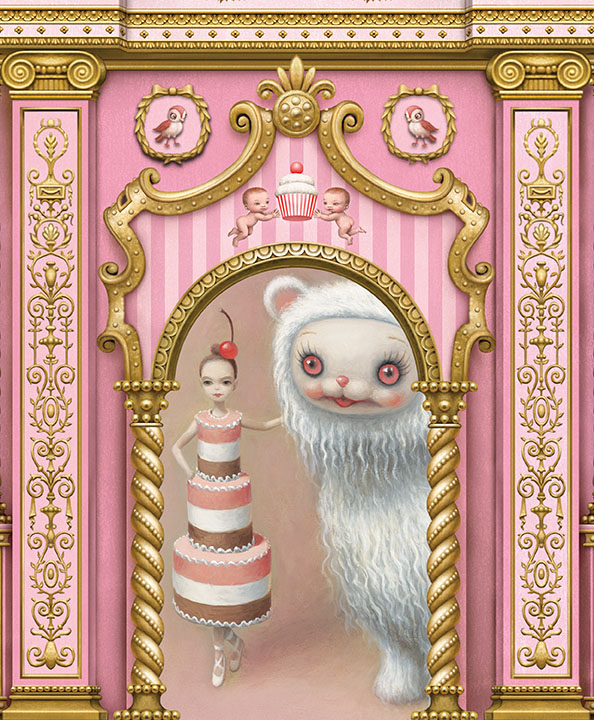 American Ballet Theatre will present the World Premiere of an all-new production of Whipped Cream, a two-act ballet choreographed by Artist in Residence Alexei Ratmansky, with sets and costumes by artist Mark Ryden, March 15, 2017 at Segerstrom Center for the Arts in Costa Mesa, California.  It was announced today by Artistic Director Kevin McKenzie.

Whipped Cream, is based on the two-act ballet with libretto and score by Richard Strauss, originally created as Schlagobers and performed at the Vienna State Opera in 1924.  The ballet will be given seven performances by American Ballet Theatre, March 15-19, 2017 in California, and will receive its New York Premiere on May 22, 2017 at the Metropolitan Opera House.

Designing the sets and costumes for Whipped Cream is artist Mark Ryden.  Known as a forefather of Pop Surrealism, Ryden will create a fantastical world to convey the tale of a young boy who overindulges at a Viennese pastry shop.

“I am so very intrigued by this unique story and the approach Alexei and Mark are taking,” said McKenzie. “The combination of fantasy and surrealism will prove something dreamlike from both of them.”

Leadership support for Whipped Cream has been provided by the Blavatnik Family Foundation and the Lloyd E. Rigler – Lawrence E. Deutsch Foundation.  Additional support has been provided by Linda Allard, Avery and Andrew F. Barth, The Susan and Leonard Feinstein Foundation, Brian J. Heidtke, Segerstrom Center for the Arts, the Ted and Mary Jo Shen Charitable Gift Fund, The H. Russell Smith Foundation, and Stewart R. Smith and Robin A. Ferracone.  Whipped Cream is generously supported through an endowed gift from The Toni and Martin Sosnoff New Works Fund.