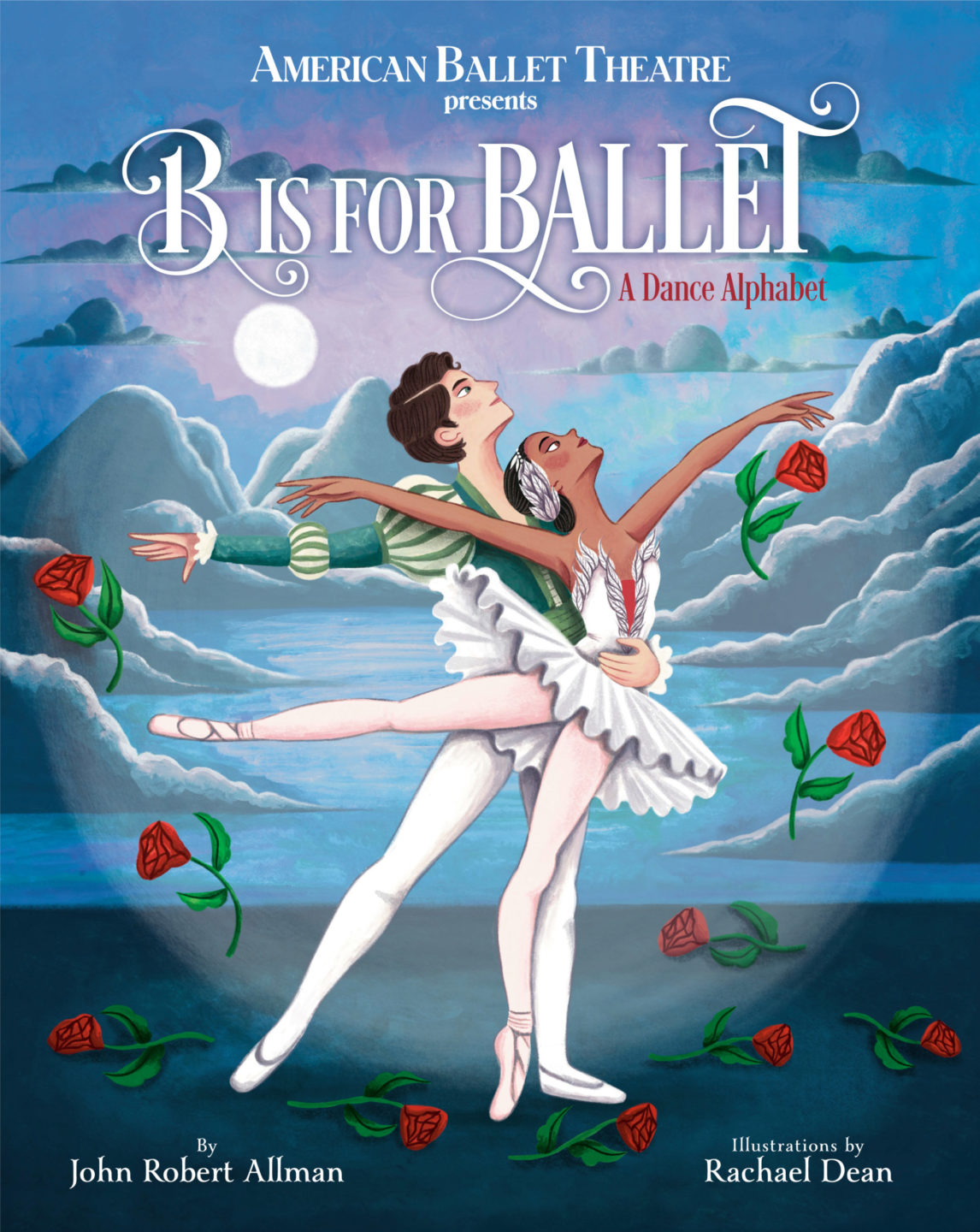 Watch ABTKids 2020: B is for Ballet!
Presented in partnership with Random House Children’s Books,
the program is inspired by B Is for Ballet: A Dance Alphabet.

This February, ABTKids Daily is proud to celebrate Black History Month and pay tribute to the generations of black dancers, composers and artists who have made transcendent contributions to American Ballet Theatre.

ABT RISE is built upon the efforts of the generous and dedicated champions who did groundbreaking work to launch Project Plié in 2013, which was ABT’s industry-leading initiative to advance diversity in the training pipeline for ballet students, teachers, and administrative interns. ABT RISE consists of a series of programs, initiatives, and activities embedded across all aspects of America’s National Ballet Company® – in our education programs, our artistic and administrative endeavors, and in the fabric of ABT’s corporate culture. ABT RISE supports and assures inclusivity in all that we do.

In January 1940, Ballet Theatre (now American Ballet Theatre) premiered as a new company with the mission of developing a repertoire featuring the best ballet from the past, and the creation of new works by gifted young choreographers, wherever they may be found.

Founded by Richard Pleasant and Lucia Chase, the Company’s vision and scope was revolutionary. The company was dedicated not to the singular vision of one choreographer or genre but instead embraced many of the diverse approaches and styles artists were taking to the art form.

In addition to more than 50 Company dancers, Ballet Theatre pioneered the idea of including dancers that did not have traditional ballet training, organized into special “units,” that included a Spanish and a Negro unit, which reflected the diversity of dance and dancers in the United States.

Thanks to organizations such as MoBBallet.org there are tremendous resources in preserving and promoting the contributions and stories of Black artists in the field of Ballet.

This week we recommend our ABTKids to visit the MoBBallet Roll Call, which curates dancers oral histories, biographical information, and archival data.

Use the MoBBallet Roll Call and the ABT Black History Month biography worksheet to explore and learn about a member of ABT’s 80 year history! Below are a list of dancers that have performed with ABT as Company members, guest artists, and dancers that trained with ABT Studio Company or the ABT Jaqueline Kennedy Onassis School:

Watch Briana in an excerpt from The River with Alvin Ailey American Dancer Theater!

ABT began as what co-founder Lucia Chase called “the greatest collaboration in ballet history.”  In August, ABT’s blog SideBarre explored some of the groundbreaking collaborations that has helped define ABT’s legacy. Read the article for inspiration, before completing the collaboration worksheet!

Mikhail Baryshnikov and Judith Jamison were an unlikely partnership that led to the most beautiful of creations. We continue to see these unique collaborations today.

For this activity, we want you be inspired by these incredible moments of collaboration. Using the worksheet below think of someone who inspires you (an artist, author, singer, filmmaker, dancer, poet, etc). Who would be your dream collaborator for your inspired person?

Did you know that the great American songstress Billie Holiday provided the inspiration for the opening song in Ballet Theatre’s hit 1944 ballet Fancy Free? This famous ballet made stars out of the choreographer, Jerome Robbins, and then up-and-coming composer, Leonard Bernstein.

The song is called “Big Stuff.”

Bernstein was not well-known at the time and he did not feel established enough to ask Holiday, a huge star, to record the song for the production. Instead, he had his sister sing on the recording for the ballet’s premiere.

Jerome Robbins was also so inspired by Billie Holiday that only four years before Fancy Free, he set choreography to a recording of one of her greatest hits, “Strange Fruit.” A dancer who attended the 1940 performance declared the work a masterpiece.

Fast forward to the April 1944 premiere of Fancy Free. Billie Holiday, a light shining so bright in New York City and the world, had influenced the formation of these two artists and they were on the threshold of stardom. The ballet was a huge success.

Holiday caught wind of the song “Big Stuff” and ended up recording it in November 1944 – only seven months after the ballet premiered!

She later recorded it for the official Fancy Free album recorded by the Ballet Theatre Orchestra released by Decca Records in 1946. So cool that Lady Day, as she is affectionately known, is a small part of ABT’s history! 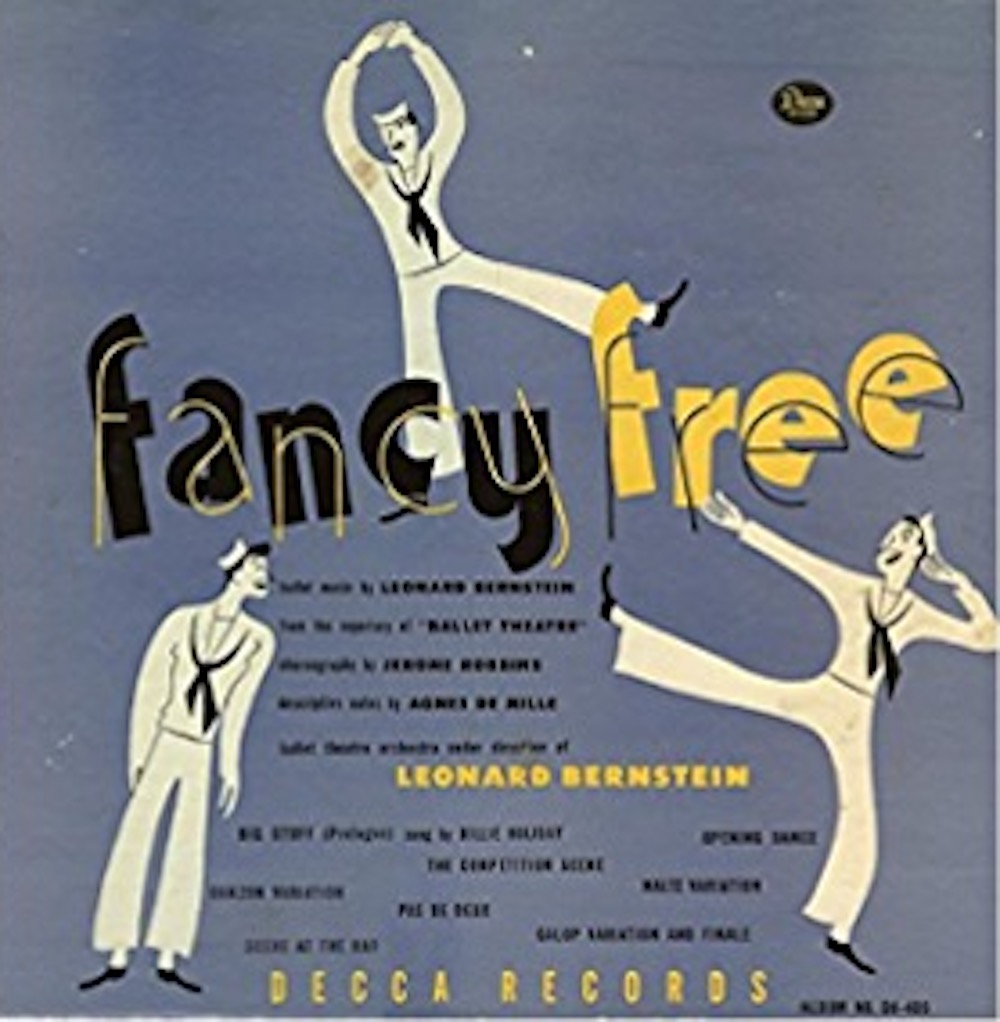 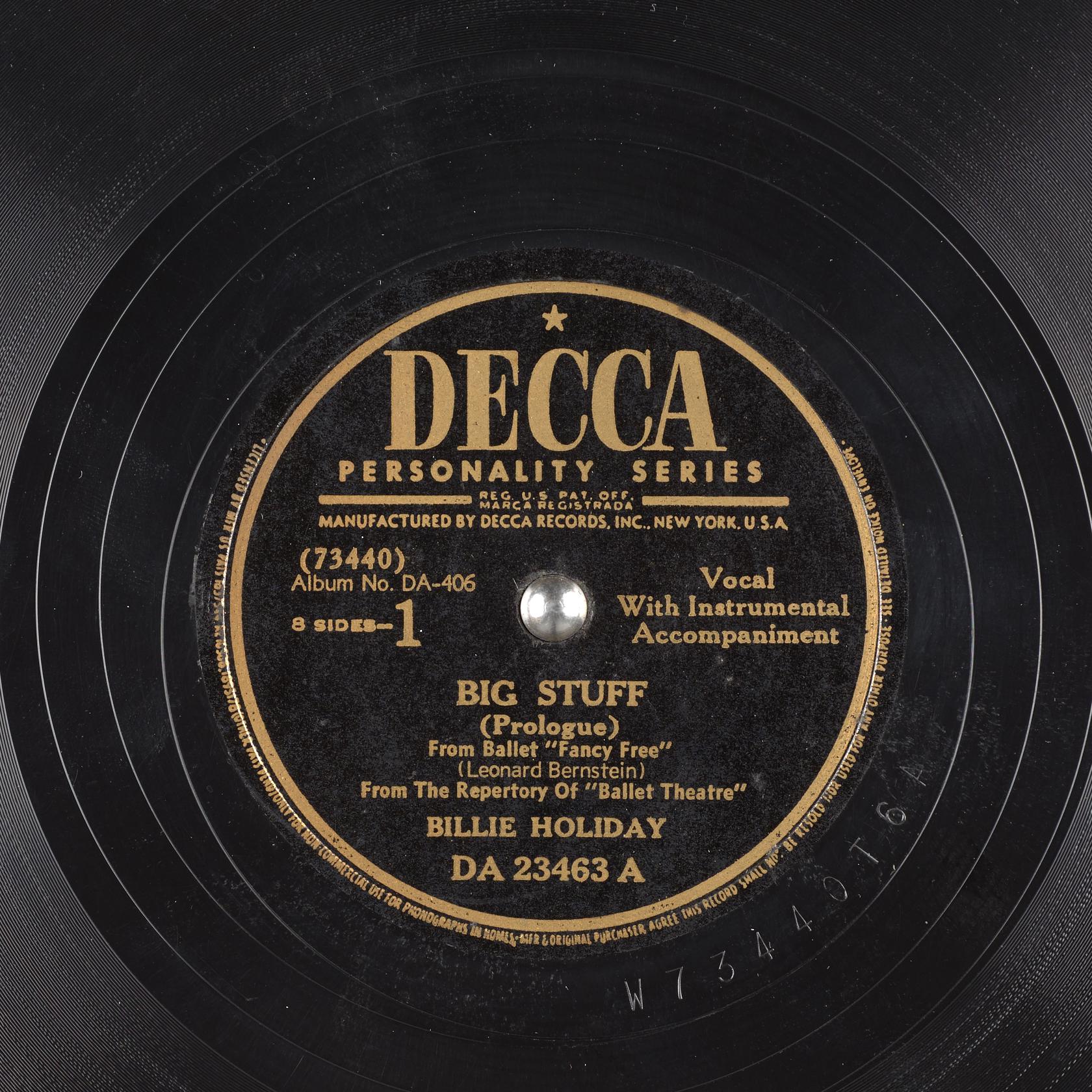 Today we meet Vernon Ross, ABT Associate Wardrobe Supervisor, who made his way to New York as a dancer in 1981, joining the Dance Theatre of Harlem pipeline as a student in the school, before eventually assuming the role of Production Manager.

This week Mr. Ross shares his story and place in history while working with Dance Theatre of Harlem’s pioneering Artistic Director Arthur Mitchell. Vernon quickly became an integral part of the creation of skin-tone tights and shoes for all of the company’s dancers, spending countless hours standing over 30-gallon boiling pots of water concocting the perfect shade for each individual company dancer. For the first time in ballet history, dancers of color were embracing their skin color on stage instead of covering them up with the traditional ballet pink toned tights.

The ABT community is proud to recognize and acknowledge the contributions of Mr. Ross, a true pioneer in the art form of dance.

For more information, watch Many Hues, One Line, available for viewing on Dance Theatre of Harlem’s YouTube channel.