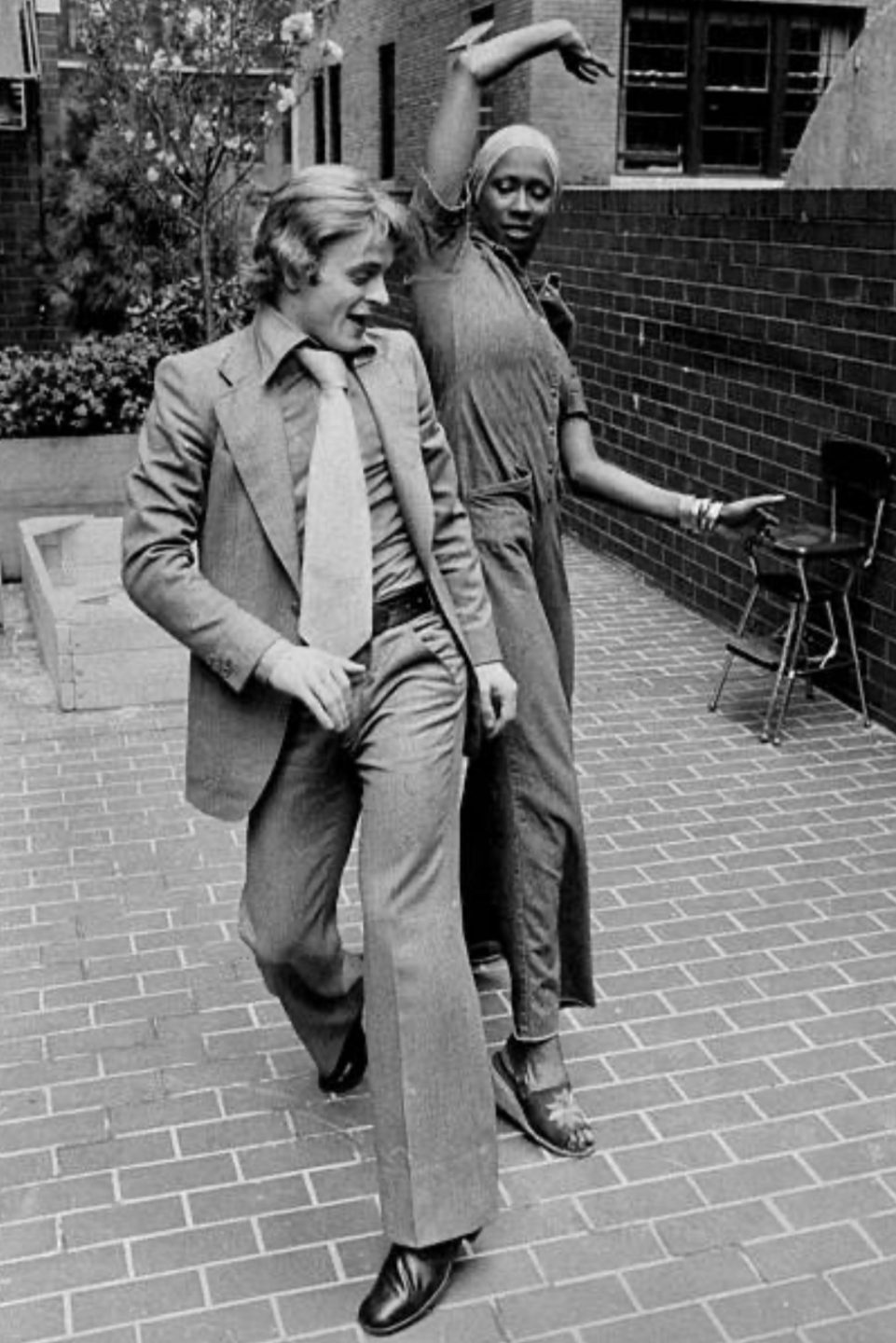 ABT began as what co-founder Lucia Chase called "the greatest collaboration in ballet history." Here we look back at some of the groundbreaking collaborations that have defined ABT's legacy.

"Ailey’s brilliant choreography and the relationship between Jamison and Baryshnikov captured the elegance and exuberance of Ellington’s jazz music."

Ballet is an ever-evolving art form, now more than ever before. One day, someone will look back at this year and write about how a pandemic and the movement for racial justice changed the face and form of ballet. It’s confounding how an art form dating back to the 15th century Italian Renaissance, defined by fidelity to its heritage and tradition, can change so rapidly.

Ballet has never so urgently needed to adapt for survival, but every day we discover our resiliency in our response to everything that challenges our ‘normal’. Though the depth of what can still, and must, change in the world of ballet—inclusion and opportunity for those who are marginalized, creating significant space for underrepresented stories—American Ballet Theatre has been pushing boundaries and sparking change for years. One needs to look no further for examples than some of the most unlikely but rewarding collaborations in ABT’s history.

At face value, jazz is an unlikely genre of music to pair with classical ballet, but for the innovative African American choreographer Alvin Ailey and the great jazz composer Duke Ellington, there was never a question of how rich that partnership could be. The two like-minded spirits, who often challenged the boundaries of convention put upon their respective art forms, both embraced New York City as fertile ground for their creations.

Since the 1950s, Ailey and Ellington had crossed paths a handful of times and admired each other’s work, but in 1970, they were brought together by Lucia Chase to collaborate on a new ballet she was commissioning for ABT. Together they created The River, which ABT premiered at the New York State Theatre (now the David H. Koch Theater at Lincoln Center) in June 1970. Using a river and water as a story-telling anchor in the ballet, it depicts the cycles of rebirth—birth, life and death. Ailey looked back on this collaboration and called the experience one of the most stimulating times of his life.

The artistic relationship between them could not be severed when the great Duke Ellington passed away in 1974, a few weeks after his 75th birthday. Ailey continued to innovate new partnerships, provoking and defying the perimeters of race and ballet, just as Ellington had done with music and race.

In May 1976, for an Alvin Ailey American Dance Theater benefit gala at City Center, Ailey choreographed a new ballet to a collection of Ellington’s songs, which was then performed two months later with ABT. Showcasing the extraordinary talents of two of the most celebrated dancers of their time, Judith Jamison and Mikhail Baryshnikov, he choreographed Pas de “Duke”, a ballet that requires an extraordinary girth of technical mastery, stamina and a presence that both equals and highlights each other’s virtuosity. Ailey’s brilliant choreography and the relationship between Jamison and Baryshnikov captured the elegance and exuberance of Ellington’s jazz music. The piece was simultaneously groundbreaking and timeless.

What wasn’t shown on stage were the challenges in the collaboration. Ailey, Jamison and Baryshnikov had only two weeks and a few hours each day to create and rehearse Pas de “Duke”. As Ailey’s muse, Jamison was so well-versed in his choreographic vocabulary that she knew exactly what he was envisioning just by the smallest movement he made. By contrast, Baryshnikov had never done anything like this before.

In a 2006 New York Times joint interview with Jamison, Baryshnikov talked about how badly he wanted to please Ailey and “Judi” (as he affectionately called her), which often led to over-dancing certain steps. “I realized much later that, really, less is more, specially with this music, which is so voluptuous and swingy and brassy. You cannot overpower the music. You cannot overpower Judi Jamison,” he said.

The dynamic duo could not have been more different. From their race, their nationalities, their dance training, these two embodied a unique partnership. At 5 feet 7 inches, Baryshnikov did not have the height that was traditionally suitable for principal roles in ballet. Jamison, at 5 feet 10 inches, had the incredible gift of seeming to grow even taller on stage, a noticeable trait against Baryshnikov’s height.

Such a partnership would have unnerved many male dancers, but not Baryshnikov. Jamison recounted, “I didn’t have qualms about being tall. He didn’t have qualms about being shorter…What he emanated was larger than life. You walk into an Ailey rehearsal, and there’s a welcoming there, but there’s also a walking into a whole different space. That’s why I thought it took a lot of courage for him to do this. He was trying things. He was very brave.”

Their partnership broke the formula of the classical ballet pas de deux that feature gallant princes who have saved distressed maidens from the evils of the world. In Pas de “Duke”, Jamison does not need to be saved. Baryshnikov does not need to rescue. They are partners in the truest sense of the word; they are equally and uniquely powerful. To discover something like this by trying new things, testing new waters, is an invaluable gift.

We have been forced into an unwanted collaboration with the coronavirus and the disease of systemic racism.

As an arts institution, in order to survive and withstand devastation, we must adapt to our reality, continue to dance, and move forward innovatively and thoughtfully addressing its demands and limitations.

We have pushed back against the challenges of quarantine and systemic injustice with burgeoning ingenuity and ambition for what ballet needs to be right now.

It is unlikely that this is what Lucia Chase had in mind when she founded Ballet Theatre and humbly called it, “the greatest collaboration in ballet history,” but over these last 80 years, ABT has never been an island. The Company has embraced a wide range of choreographers and dancers from around the world trained in different techniques, and ballets with unique viewpoints ranging from beloved classics to thought-provoking new works. We continue to evolve and partner with the good and the bad, against, with, and in spite of what we may come up against, and in doing so we define the kind of pas de deux we dance in 2020, knowing now just how powerful we must be.