Daniil Simkin to Perform in Whipped Cream with American Ballet Theatre, October 21 and 22, 2022 at the David H. Koch Theater 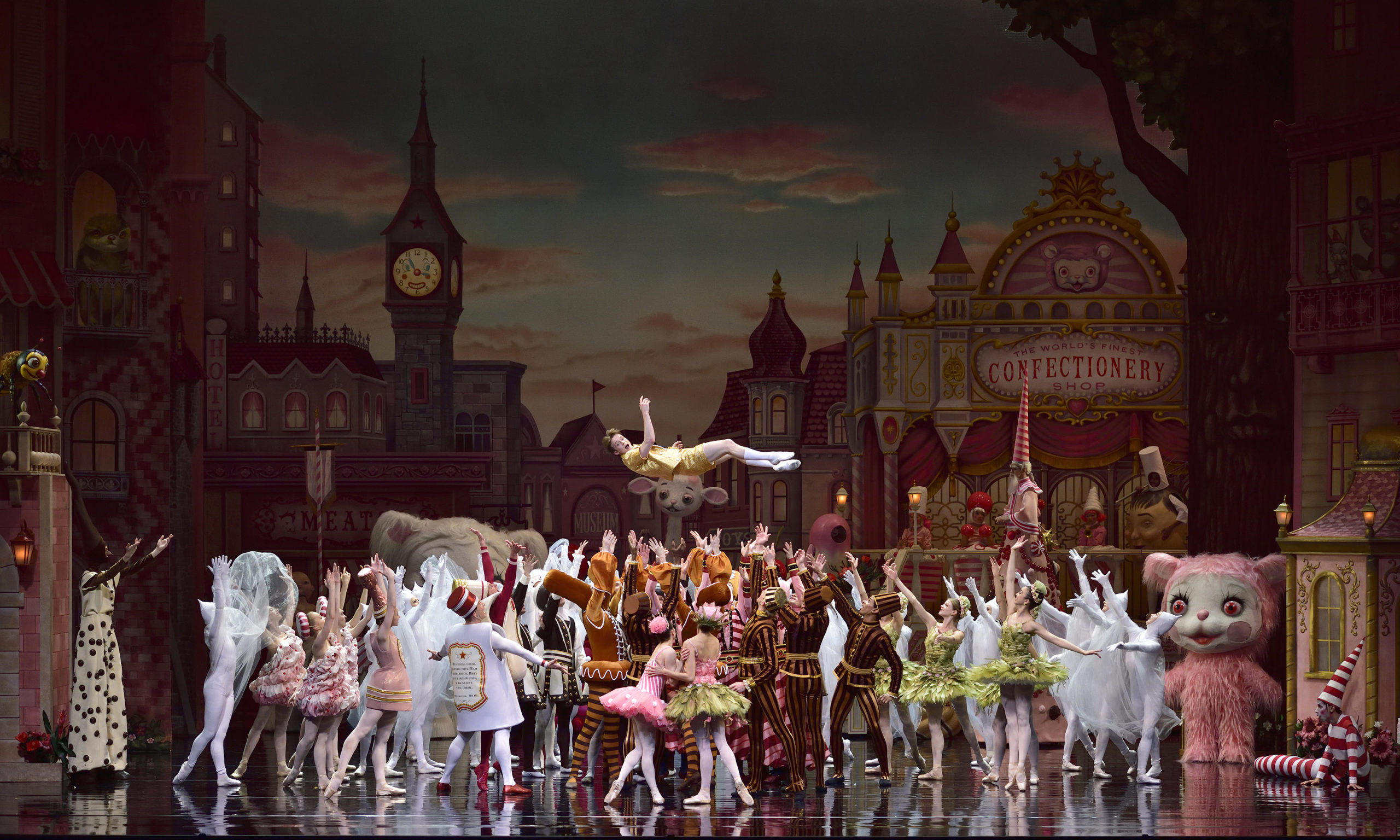 NEW YORK, NY — Daniil Simkin, a Principal Dancer with American Ballet Theatre from 2012 to 2020, will return to ABT as a Guest Artist for two performances of Alexei Ratmansky’s Whipped Cream during ABT’s 2022 Fall season at the David H. Koch Theater.

Simkin will dance The Boy in Whipped Cream on Friday, October 21 at 7:30 P.M. and Saturday, October 22 at 2:00 P.M., opposite Breanne Granlund as Princess Praline. Simkin originated this role at the ballet’s World Premiere in 2017.

Daniil Simkin first joined American Ballet Theatre as a Soloist in October 2008 and was promoted to Principal Dancer in November 2012. Currently, he is a principal dancer with Staatsballett Berlin. He has performed worldwide over the course of his professional career, including in Europe, North and South America, Asia, and the Middle East. Simkin is also a producer focused on productions that evolve classical dance onto digital platforms using technology, new approaches, and venues that actively engage the audience in immersive and interactive ways. He has established Studio Simkin to work in partnership with artistic talent and institutions. Simkin returned to ABT as a Guest Artist during the Company’s 2022 Summer season at the Metropolitan Opera House, dancing Basilio in Don Quixote.

Whipped Cream is choreographed by ABT Artist in Residence Alexei Ratmansky and features scenery and costumes by artist Mark Ryden and lighting by Brad Fields. Whipped Cream, with a libretto and score by Richard Strauss, is based on the two-act ballet originally created as Schlagobers, which premiered at the Vienna State Opera in 1924. Ratmansky’s production received its World Premiere by ABT on March 15, 2017 at Segerstrom Center for the Arts in Costa Mesa, California danced by Daniil Simkin (The Boy), Stella Abrera (Princess Tea Flower), David Hallberg (Prince Coffee), and Sarah Lane (Princess Praline).

Tickets for American Ballet Theatre’s 2022 Fall season, starting at $30, are available in person at the Koch Theater box office, by phone by calling 212-496-0600, and online. During the 2022 Fall season, ABT will offer audience members the opportunity to exchange their tickets or receive refunds free of charge up until Noon on the day of performance. The David H. Koch Theater requires proper mask usage at all times for all visitors. Proof of vaccination against COVID-19 is not currently required for entrance to performances. 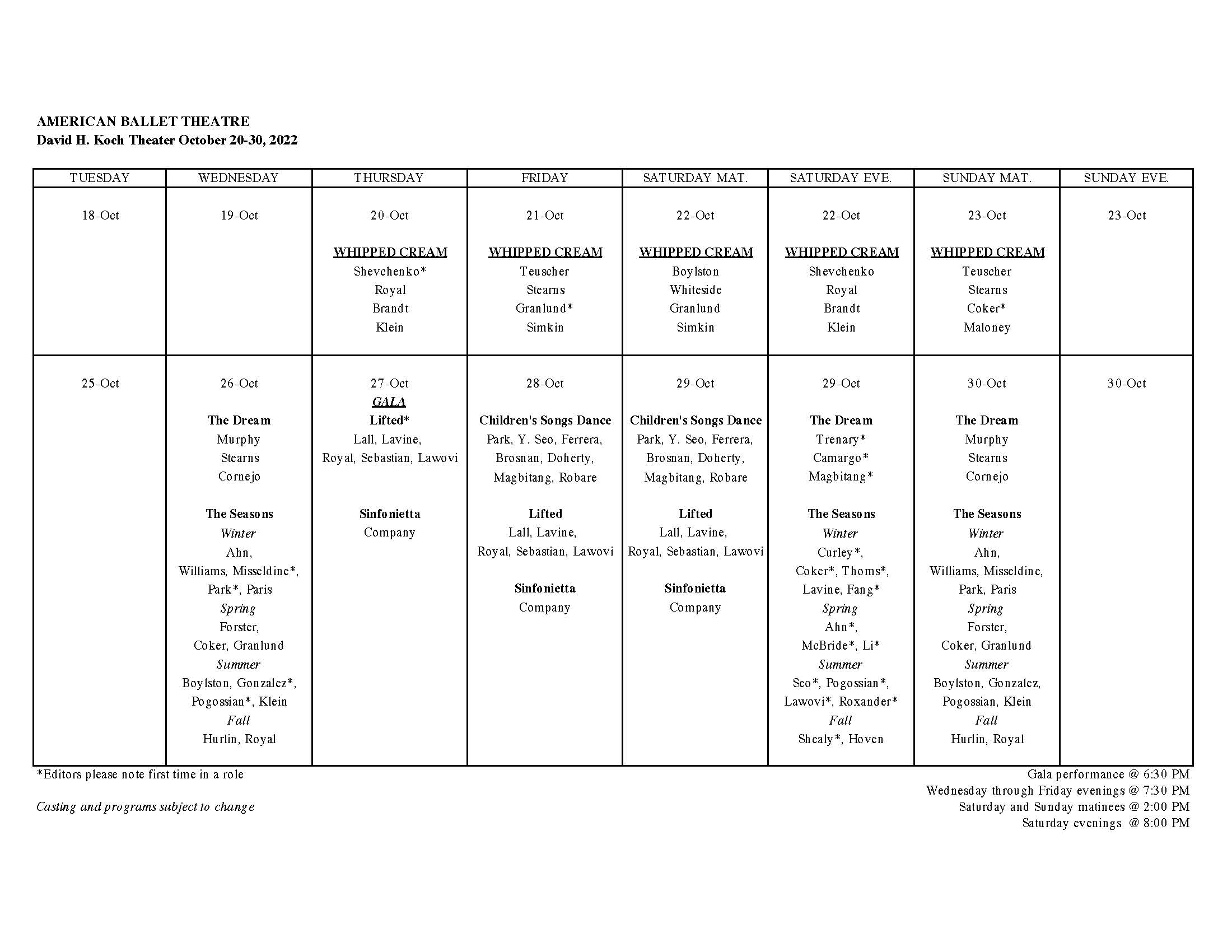