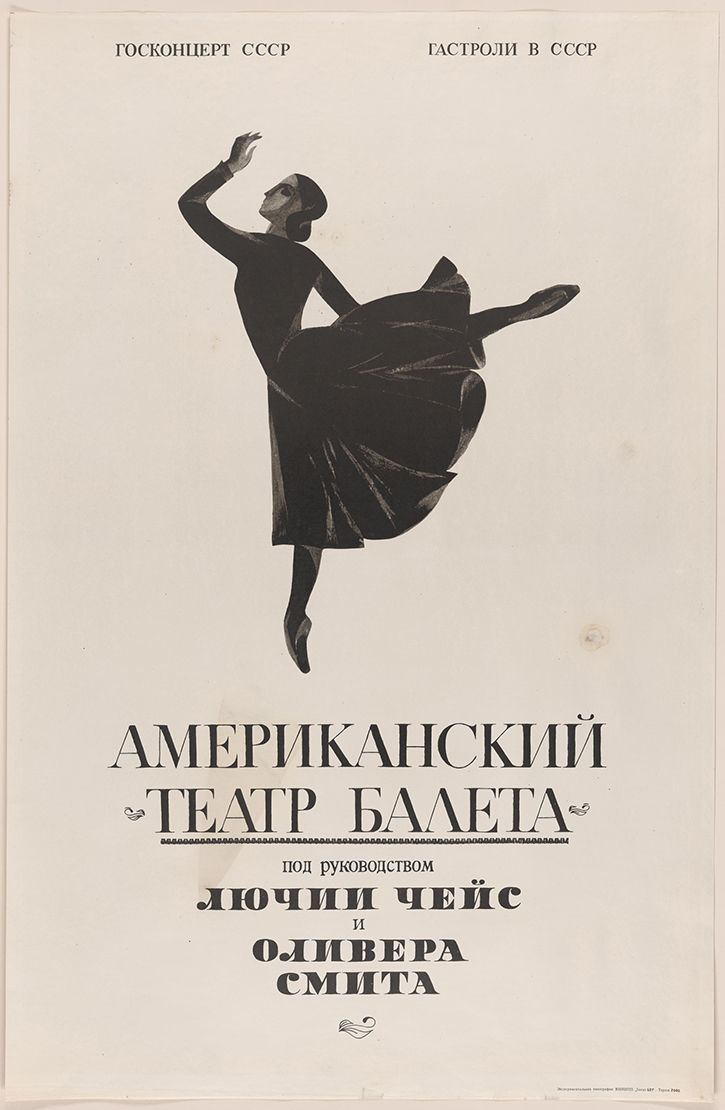 "In 1960, American Ballet Theatre was the first American dance company to tour the USSR."

It’s rarely easy to be the first at anything…stepping into the unknown and trying to retain some semblance of certainty is scary. There are the success stories, and of course, the failures. Those who use the latter to rise to greater heights are perhaps a little worse for the wear, but are wiser and more prepared than before.

There is a certain glory and honor in both types of stories, but it is never that simple. A journey is never forgiving enough to allow us to forgo the middle part between embarking on a path and the end result. It is there that we find the true and honorable tale of one’s foray into the great unknown.

In 1960, American Ballet Theatre was the first American dance company to tour the USSR. It was an incredible feat given the political and cultural challenges of the time. Cultural diplomacy was seen as a tool to cross barriers of international tension, and so the United States Information Agency (USIA), the State Department and the CIA worked with arts organizations to arrange international tours.

President Eisenhower established the President’s Emergency Fund for International Affairs in 1954 and gave $2,250,000 to the State Department to support dance, theater, music and sports tours. A Dance Panel was established to make the difficult decision about who should represent the United States. A lesser known part of ABT’s history is what it took to get there and how it almost didn’t happen.

Ever since ABT began as Ballet Theatre in 1940, the Company faced great struggles. Though they were a world-renowned touring company and had already completed 10 international tours, it had taken its toll on the Company. On August 18, 1958, a tour truck transporting costumes, props, sets and items belonging to the dancers and staff went up in flames while on its way from Cannes to Geneva. ABT’s tour around Europe was saved only through the unforgettable efforts to gain back what was lost through loans from other ballet companies and rush orders from suppliers. With this generous support, ABT was able to open in Brussels in the U.S. Pavilion as planned. However, that remarkable turnaround was short-lived when ABT was forced to take a year-long hiatus in 1959 to deal with some long-standing financial troubles.

“While there were a great deal of political and cultural relationships at stake, American Ballet Theatre at last returned to the United States as triumphant and proud cultural ambassadors.”

ABT couldn’t be held down for long. In 1960, the Company rekindled a three-week engagement from April 18–May 7 at the Metropolitan Opera House, in celebration of its 20th anniversary. The performances were not well-received by everyone, however, and John Martin, Dean of American Dance Critics, tore the engagement apart with a personal attack on ABT’s Co-Director Lucia Chase. Martin stated that it would be a profound national humiliation for American Ballet Theatre to represent the United States.

This review was a huge blow to the Company. At a meeting of The Dance Panel on April 21, 1960, it was determined that ABT was in no condition to represent the United States. So, on May 12 that year, ABT set off on their four-month tour that began in Lisbon, with the last leg of the tour in the USSR still hanging in the balance.

It was only at the very last minute, after a representative from the Bolshoi Ballet saw ABT perform in Amsterdam and approved, that The Dance Panel decided to allow ABT to fulfill their engagement in Moscow. The tour ended up as a huge success. During the 10 days of performances in Moscow, Tbilisi and Leningrad, ABT performed to full houses and tickets were hard to come by.

When Nikita Khrushchev, leader of the Soviet Union, saw ABT perform on their closing night in Moscow, he invited ABT to return to the USSR as well as raised a toast to the American dancers and to “art and friendship.” It was front page news! While there were a great deal of political and cultural relationships at stake during this tour, American Ballet Theatre at last returned to the United States as triumphant and proud cultural ambassadors.