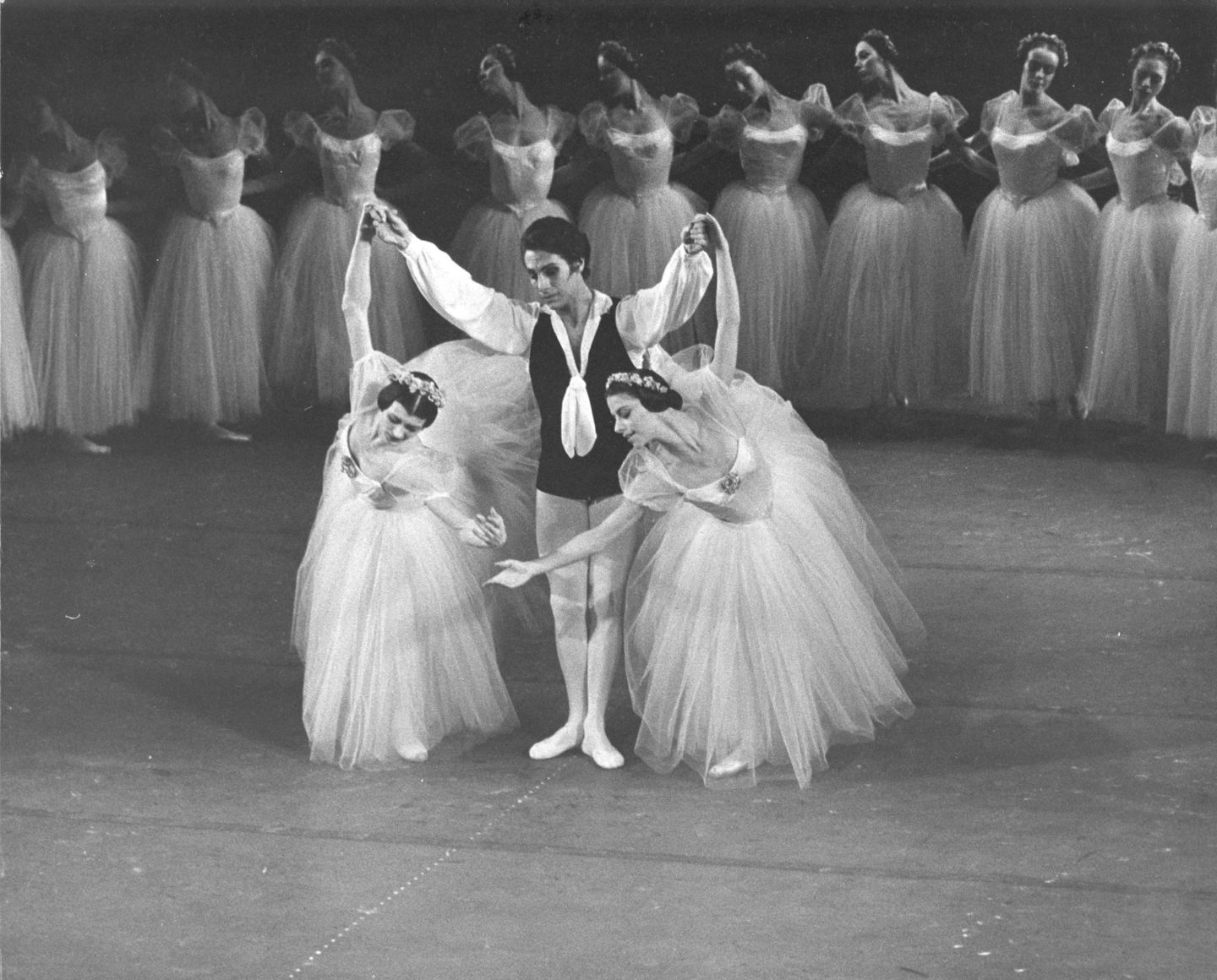 This is the story of how ABT conductor David LaMarche solved the mystery of the missing music of Les Sylphides.

"ABT was incredibly excited to be able to bring back this historic score that fall when they performed the ballet at the David H. Koch Theater. "

There are many ways to describe Michel Fokine’s 1909 ballet Les Sylphides, which was thought to be the first non-narrative ballet, one that was crafted with no boundaries to mood and imagination. It is a ballet blanc—a ballet in which the corps de ballet is dressed all in white to represent ethereal ghosts, fairies or transcendent spirits.

Though that could be crafted into a story unto itself, this ballet has no narrative to follow, only the enchanting beauty of the sylphs dancing with a man under the midnight moon’s luminescence.

Though it was a short romantic classic, it was revolutionary and left an indelible influence on 20th-century ballet.

The score, originally composed by Frédéric Chopin, has been orchestrated many times, despite the challenges some see in translating Chopin’s piano pieces into something fitting for a whole orchestra. Maurice Ravel, Alexander Gretchaninov, Gordon Jacob, Roy Douglas and Benjamin Britten all had their go, but it is Britten’s score in particular that is the protagonist of our story.

An Englishman from Lowestoft, Suffolk, Benjamin Britten, born in 1913, showed his musical talent from an early age and attended the Royal College of Music. In 1939, along with his partner, Peter Pears, his pacificism forced him to leave an ever-growing antagonistic Britain facing World War II. With a quick stop in Canada, they ended up in America and settled down in Brooklyn, New York. They resided at 7 Middagh Street, an artistic commune of sorts for intellectuals and creatives, including Oliver Smith.

A scenic and interior designer by trade, Smith began his official collaboration with Ballet Theatre working with Jerome Robbins and Leonard Bernstein on Fancy Free. The year after his scenery graced Ballet Theatre’s stages, Smith became co-director of the Company, along with founder Lucia Chase. But before all of that took place, Smith had a hand in creating one of the first ballets to be performed by ABT, Les Sylphides. He commissioned his friend Benjamin Britten to reorchestrate Chopin’s music for the ballet for only $300, and though that was worth a lot more than it is today, it was still considered tuppence for the task.

Now our story must fast forward 73 years to 2013. Britten’s orchestration of Les Sylphides had fallen out of use at ABT, which had had to use an orchestration by Roy Douglas the few times the ballet had been performed in its later years. It was a perfectly fine score, but never “quite right.”

Not like Benjamin Britten’s score, which was lost, and no one had sought to find it, until 2013.

“I love mysteries,” David LaMarche says as he recalls his venture to find the lost score. With the Company since 1999, David is a conductor, rehearsal pianist and administrator of the Music Department at ABT. A man of many skills, he is the gatekeeper of the music that the Orchestra plays. Indeed, he is the gatekeeper of this mystery. Who better to talk to than the man who solved it?

The second David in our story—David Vaughan, a dance historian and close friend to David LaMarche—asked his friend if he had ever heard the Benjamin Britten orchestration of the ballet when he found out that ABT was planning to perform Les Sylphides that fall. They went to the New York Public Library Jerome Robbins Dance Division in Lincoln Center, Manhattan and thanks to the library’s vast resources, they were able to watch an old performance of the ballet that included Britten’s score.

They both decided that they wanted to find it, bring it back to its home, and back to the stage.

The search began with David LaMarche sifting through ABT’s music office, which was no easy task as there were stacks upon stacks of paper and boxes of music from the Company’s current repertoire. Eventually, David come across a peculiar miniature score that had no name attached to it.

“I started leafing through [the score] and I thought, “‘I remember hearing this in that video tape that I saw at Lincoln Center,”’ David recalls. “This must be the score that goes along with the Benjamin Britten version.”

But he couldn’t be sure. Invigorated by this find, he set off on the next step of his journey to search ABT’s warehouse in Secaucus, New Jersey. He enlisted the help of this story’s third David, David Carp, the ABT Orchestra librarian, who was just as eager to find the music.

Now reader, if at this point of the mystery you expected a dramatic warehouse quest that spanned many days and sleepless nights, then I must regretfully disappoint you.

Astoundingly, LaMarche remembers, “We just kept pulling boxes out and going through each one to see if we could find it and after about half an hour, we found a folder that had some parts from Les Sylphides and in that folder, there was one card that said ‘Second trumpet, arranged by Benjamin Britten’.”

It was a gift that the search was simple, since ABT’s warehouse is filled with an eclectic array of costumes, sets, props, minutes of old board meetings, and of course, a prolific collection of music.

However, the mystery had not been solved yet. Once this folder was found, the next step was to confirm that it was actually Britten’s score. LaMarche brought it back to ABT and compared it to the unlabeled one he had found in his office. His suspicions were confirmed when, after sending a copy to the The Britten–Pears Arts Foundation in the United Kingdom, they excitedly told David, “I think we can surmise that this is the lost score of Britten’s Les Sylphides.”

ABT was incredibly excited to be able to bring back this historic score that fall when they performed the ballet at the David H. Koch Theater.

So how did it get lost? I asked David.

ABT has a vast library of music for an ever-expanding repertoire. Every year, new works are introduced, and ABT has undergone a lot of change since 1940. At a certain point, the music office could not accommodate the sheer amount of papers they stored, and some of the music was moved to the warehouse, making space for the more modernized classics that were being performed. Though the score could also have been lost because ABT lends out music to other companies.

Once Britten’s score was found, many ballet companies wanted to perform Les Slyphides to the newly discovered music. It was exciting not just for ABT, but for the ballet community at large.

Things get lost, especially when they are at the mercy of the inevitability of passing time; we all know this. Each week on this blog, we look back to reflect and amplify the voices and stories that haven’t been widely shared before.

The hope is to think about the lessons we learned back then, and the lessens that we learn retroactively. There is always something new to gain from the past, and sometimes, we are lucky to get something back that once was lost. As was the case for Benjamin Britten’s score to Les Sylphide, it returned to its home at American Ballet Theatre and we are all the more better for it.