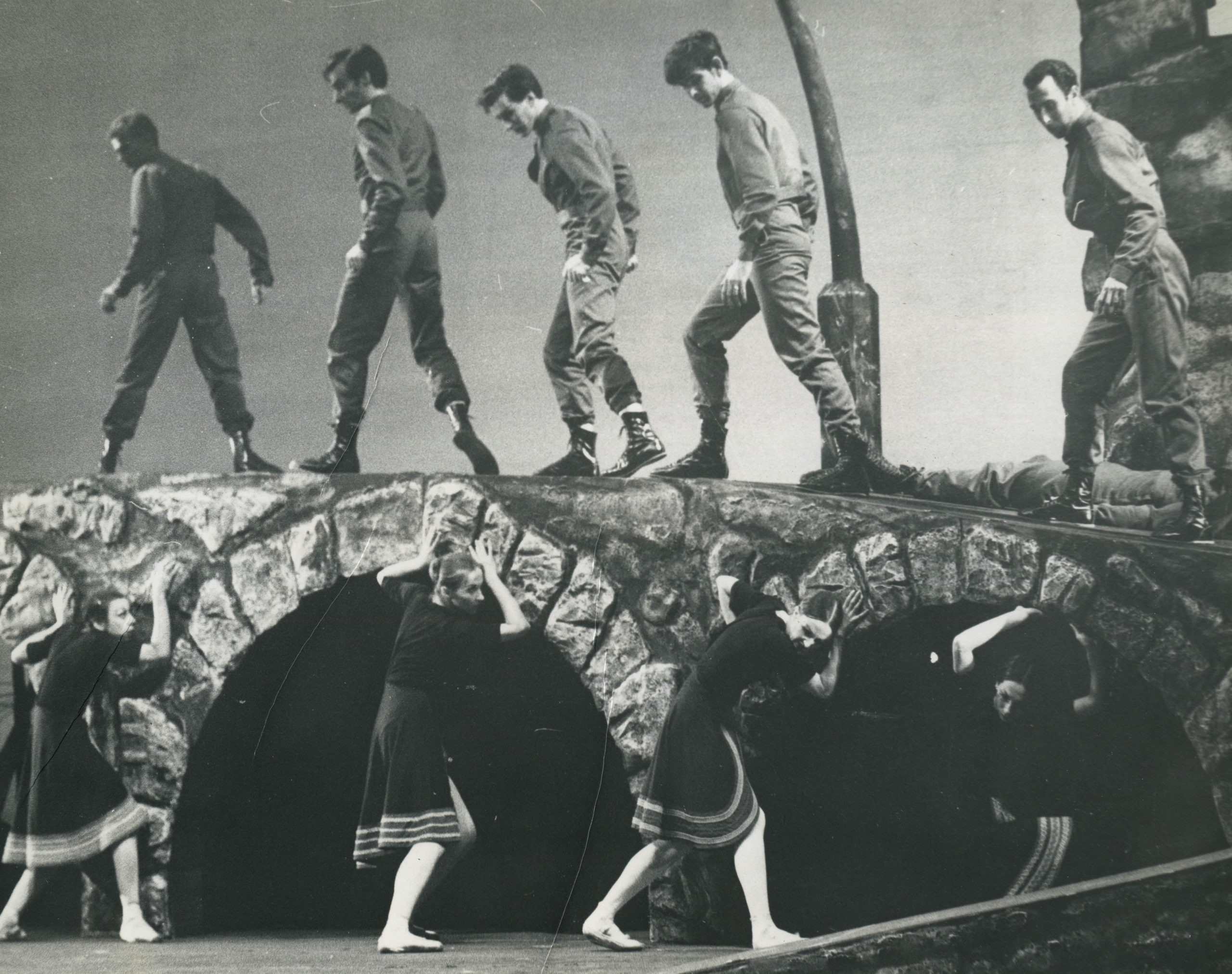 What is art if it does not elicit a reaction in its audience?

"There are two standout ballets performed over the course of ABT’s history that fearlessly tell stories of real people and real events."

Every year, American Ballet Theatre graces stages around the world and performs some of the most famous and beloved classical ballets. The European classics are steeped in tradition and fantasy. These are magical stories of fairies who come to the aid of princesses, of a woman trapped within the body of a swan, and ghosts of betrayed maidens who dance in Romantic-length tutus.

But these are not the lives we live. We do not have magic wands. Rarely do the story arcs of our lives have neat endings. Sometimes things just don’t make sense. Among many, there are two standout ballets performed over the course of ABT’s history that fearlessly tell stories of real people and real events: Antony Tudor’s Echoing of Trumpets and Kurt Jooss’ The Green Table.

Although Antony Tudor’s ballet Echoing of Trumpets was created in memory of the Czechoslovakian village of Lidica, his vision of war is not foreign or inconceivable. Originally choreographed for the Royal Swedish Ballet in Stockholm in 1963, ABT premiered the ballet at University Auditorium in East Lansing, Michigan in 1967. Set to Bohuslav Martinu’s Fantasies symphoniques (Symphony No. 6), the ballet opens upon a desolate village and the ruins of a bridge with three arches, surrounded by barbed wire.

With simple but powerful steps, the dancers enact the horrifying and brutal attacks of the Nazis that destroyed the village in 1942. Over the course of the ballet, the violence breeds more violence. Human suffering is depicted with no gimmicks and no fanfare. As Clive Barnes wrote in a 1964 New York Times review of the work, it is “a profoundly anti-romantic ballet about war—a ballet that is real, terrible, and yet still beautiful in the scarlet way of tragedy.” Tudor wanted his ballet to provoke, to emote, but most of all to answer the question, “What happens after the echoing of trumpets, after the conquering hordes have conquered?”

The Green Table—the world’s most famous anti-war ballet. It was created in 1932 by Kurt Jooss when he witnessed first-hand the rise of fascism and the wide-spread fear in Germany. If Tudor wanted his ballet to answer the question of what happens after war, then Jooss wanted to examine how a war begins and grows. Set to music by F.A. Cohen and subtitled “A Dance of Death in Eight Scenes,” the ballet uses many stories to expose the senselessness and terrors of war.

The scene opens upon a group of diplomats surrounding a green table. Dressed in suits and grotesque masks, the men are both hollow and affronting. With restraint, the men negotiate, cajole and argue with each other until the scene escalates. With their enormous power, they pull out their guns and shoot. The rest of the ballet depicts the despotism and horrors of war.

“Death” is an ever-present character. ABT first performed The Green Table in 2005, in the time of the Iraq War and the War in Afghanistan. Loss, chaos and injustice were felt across many countries. The Green Table may have been created between two world wars that seem long ago, but its message and its truth have not faded with time.

Neither Tudor nor Jooss backed down in the face of painful and complex stories. Instead, they leaned into how deeply ballet can penetrate some of the worst experiences one might face. What is art if it does not elicit a reaction in its audience? In the face of war, art must be loud. It must be distressing. It must be critical. Those qualities are what carry art throughout time, and why a ballet like The Green Table is still called, by The New York Times, an “indisputable masterpiece.”

ABT’s directors have recognized ballet’s power to tell such stories throughout the Company’s history. Since 1940, these raw, revealing works have been gripping ABT’s audiences – alongside the lighthearted fairytale ballets we all know and love.

The writer, Bethany Beacham, joined ABT in 2020 as Marketing Coordinator.