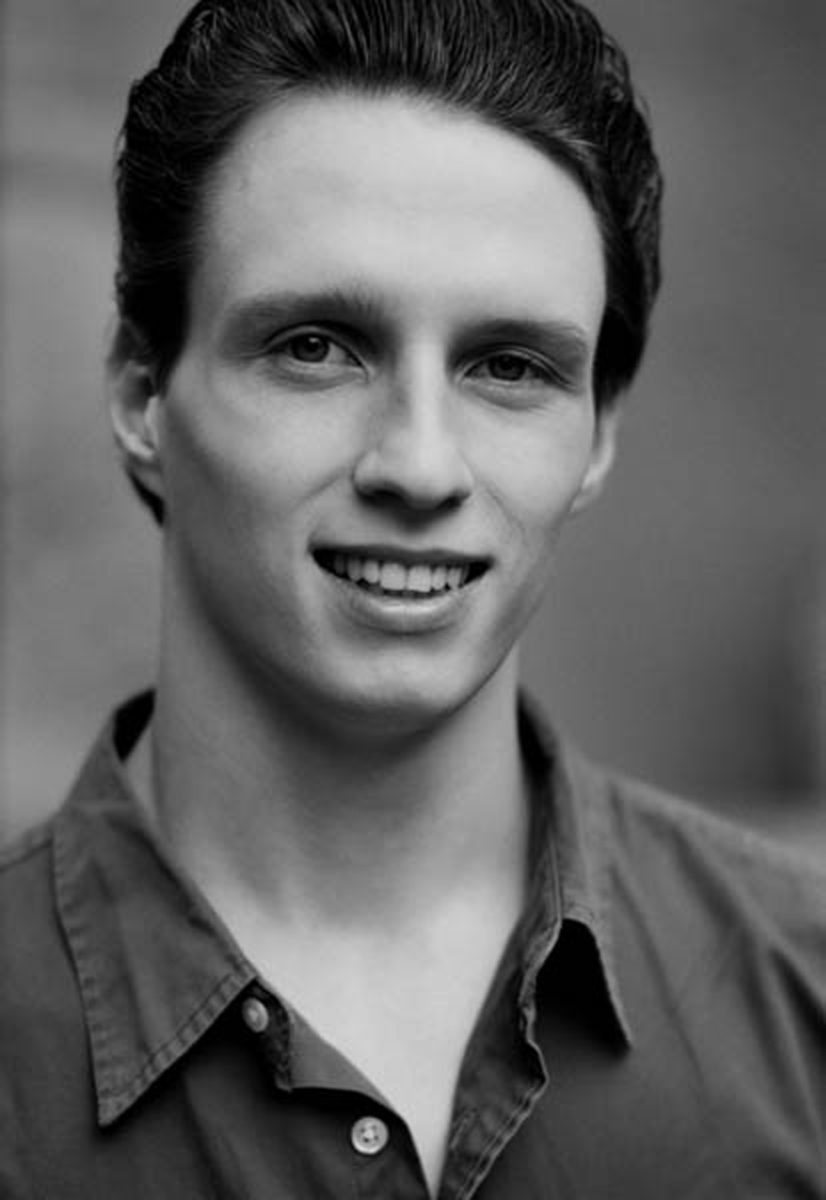 Born in Moscow, Russia, Alexei Agoudine began his ballet training at the age of nine at the School of Classical Ballet with Alexandra Markeyeva, Natalie Zolotova, Boris Rahmanin and Gennady Lediakh.

In 1999, at the age of 17, he received a Rudolf Nureyev Scholarship to study at the Vienna State Opera Ballet School.  While there, he performed the pas de trois from Swan Lake, the leading role in George Balanchine’s Allegro Brillante and the pas de deux from Don Quixote, in addition to performing in operas such as A Masked Ball, Rigoletto, Tannhäuser, Don Carlos, Lohengrin and Carmen, among others.

In 2001, Agoudine won Second Prize at the International Ballet Competition in Vienna.

In 2001, Agoudine joined Ballet Internationale in Indianapolis where his repertory included the peasant pas de deux in Giselle, Prince Siegfried in Swan Lake, the Chinese, Russian and Spanish dances in The Nutcracker, among others.  In 2002, for the Ballet Internationale Academy he choreographed Erinnerung an Wien, a one-act ballet with music by Johan Strauss.  In 2002, he joined the Universal Ballet Company in Seoul as guest artist and participated in the International Ballet Competition in Varna as a choreographer and partner.  In 2003, he won the Bronze Medal at the 7th New York International Ballet Competition.

Agoudine joined American Ballet Theatre as a member of the corps de ballet in April 2004.  His roles with the Company include the High Brahmin and Head Fakir in La Bayadère, Gavrilyich in The Bright Stream, Dr. Coppélius in Coppélia, Pasha in Le Corsaire, Gamache in Don Quixote, Bottom in The Dream, Cockerel and Notary’s Clerk in La Fille mal gardée, a leading role in The Garden of Villandry, Hilarion and Wilfred in Giselle, Tsar Dodon in The Golden Cockerel, Old Soldier in The Green Table, Cassandre in Harlequinade, Count N in Lady of the Camellias, Njegus and the Lead Pontevedrian Dancer in The Merry Widow, Drosselmeyer and Russian Dance in The Nutcracker, Olga’s Father in On the Dnieper, Escalus and Friar Laurence in Romeo and Juliet, Puss-in-Boots in Ratmansky’s The Sleeping Beauty, Gallison and a Fairy Knight in The Sleeping Beauty, the Spanish Dance in Swan Lake, Pluto in Sylvia, Antonio in Alexei Ratmansky’s The Tempest and roles in Bach Partita, Raymonda Divertissements and Sinfonietta.