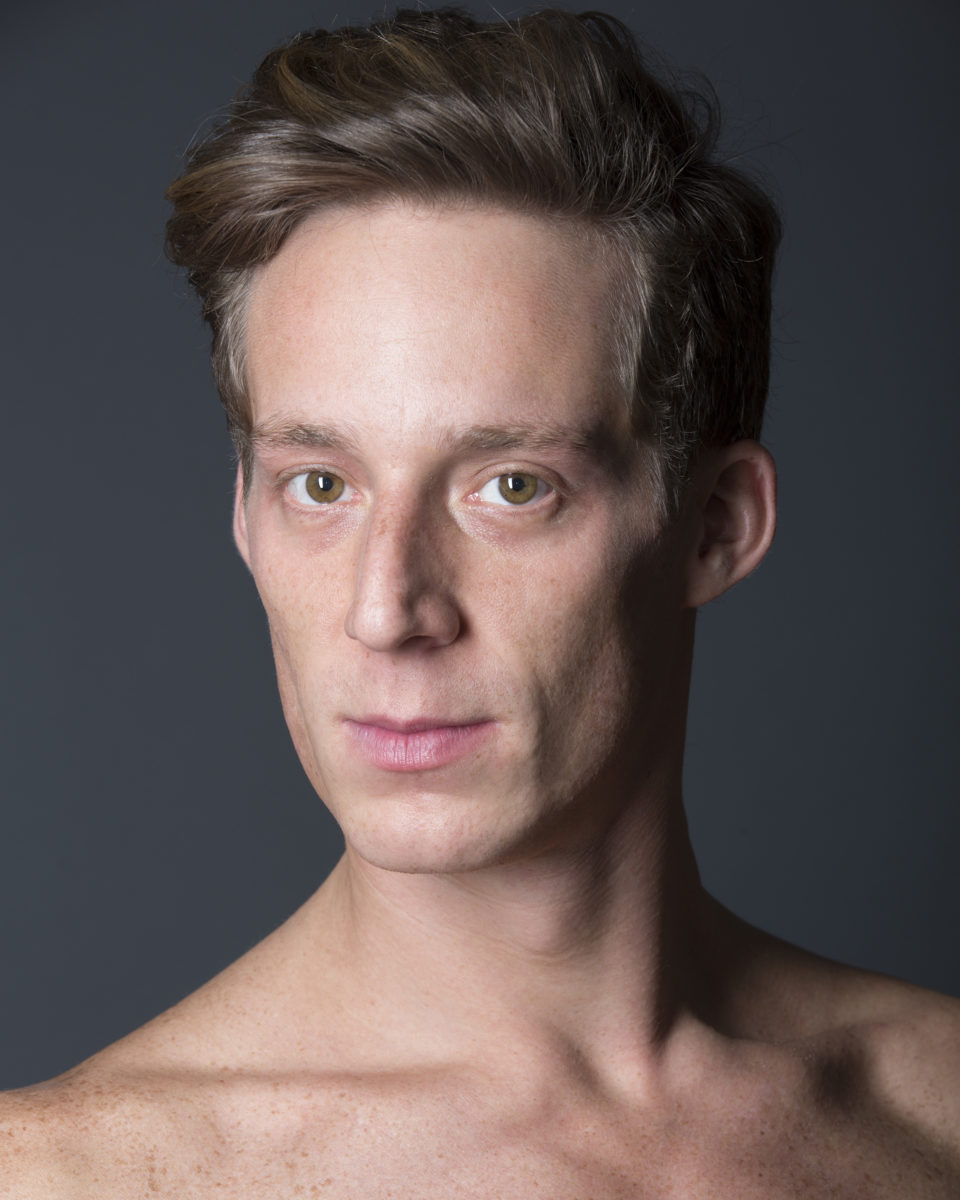 Hoven joined ABT Studio Company in September 2003 and the main Company as a member of the corps de ballet in April 2004. He was appointed a Soloist in August 2016. His repertoire with the Company includes a leading role in The Brahms-Haydn Variations, the Ballet Dancer in The Bright Stream, the Lead Mazurka/Czardas in Coppélia, Dorcon in Daphnis and Chloe, Lankendem in Le Corsaire, Espada in Don Quixote, Bottom in The Dream, the peasant pas de deux in Giselle, the Standard Bearer in The Green Table, Pierrot and Harlequin’s Friend in Alexei Ratmansky’s Harlequinade, St. John Rivers and Reverend Brocklehurst in Jane Eyre, Known by Heart pas de deux, Des Grieux in Lady of the Camellias, Lescaut in Manon, Russian Dance in Ratmansky’s The Nutcracker, Dionysius in Of Love and Rage, Lensky in Onegin, Cassio in Othello, Benvolio and Paris in Romeo and Juliet, Bacchus in The Seasons, the Bluebird, the Russian Prince, and a Fairy Knight in The Sleeping Beauty, the Bluebird and a Fairy Cavalier in Ratmansky’s The Sleeping Beauty, Benno and the Neapolitan Dance in Swan Lake, Aminta and Jaseion in Sylvia, Caliban in The Tempest, Ladislav Slivovitz in Whipped Cream, leading roles in C. to C. (Close to Chuck), Désir, Garden Blue, I Feel The Earth Move, Mozartiana, Seven Sonatas, Songs of Bukovina, Symphonie Concertante, Thirteen Diversions, A Time There Was, and Troika, and featured roles in Airs, After You, Bach Partita, Baker’s Dozen, Brief Fling, Clear, Deuce Coupe, In the Upper Room, One of Three, Overgrown Path, Private Light, Raymonda Divertissements, and Sinfonietta.

He created Louis XIV in A Gathering of Ghosts, the Spanish Dance in Ratmansky’s The Nutcracker, The Faun in The Seasons, the Italian Prince in Ratmansky’s The Sleeping Beauty, Don Zucchero in Whipped Cream, leading roles in AFTERITE, Desire, Her Notes, Serenade after Plato’s Symposium, and ZigZag, and featured roles in Aftereffect (first production), Bernstein in a Bubble, Citizen, Everything Doesn’t Happen at Once, From Here On Out, Glow – Stop and Pretty Good Year.

In 2008, Hoven was a recipient of the Princess Grace Award and the Chris Hellman Dance Award, a specially designated prize awarded to one recipient in the dance category each year.

ABT is grateful to Jay B. Rosenberg and ABT's Golden Circle Council for supporting the Dancer Fund in honor of Blaine Hoven.