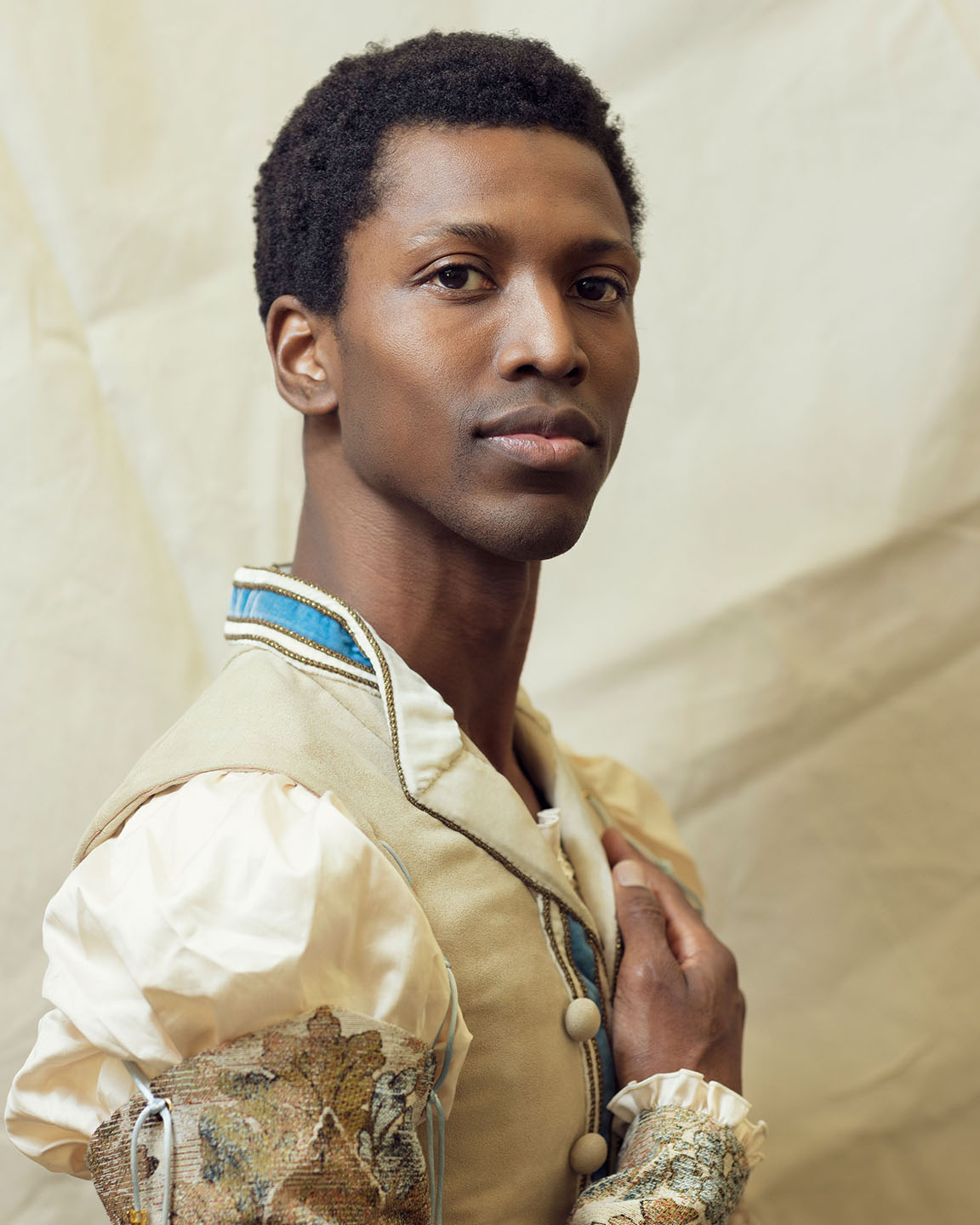 Calvin Royal III began his formal dance training under the direction of Suzanne Pomerantzeff and Patricia L. Paige at the Pinellas County Center for the Arts at Gibbs High School in St. Petersburg, Florida.  He was a finalist at the Youth America Grand Prix Scholarship Competition in New York City in April 2006 and joined the American Ballet Theatre Jacqueline Kennedy Onassis School in September 2006.  Royal was the recipient of the Ethan Stiefel Scholarship in 2006 and 2007.  While at the ABT JKO School, Royal appeared in original works by Raymond Lukens and Jessica Lang.

Royal joined the main Company as an apprentice in October 2010 and the corps de ballet in April 2011.  He was appointed a Soloist in September 2017 and a Principal Dancer in September 2020. His repertoire with the Company includes the title role in Apollo, a Cavalier in Cinderella, Dorcon in Daphnis and Chloe, Espada in Don Quixote, the third sailor in Fancy Free, Albrecht in Giselle, Persian Man in The Golden Cockerel, Pierrot in Alexei Ratmansky’s Harlequinade, Reverend Brocklehurst in Jane Eyre, Lescaut in Manon, the Recruit, and the Arabian Man, and the Spanish Dance in Ratmansky’s The Nutcracker, Chaereas in Of Love and Rage, a Carnival Dancer in Othello, Romeo and Benvolio in Romeo and Juliet, the Spanish Prince and Prince Fortune in The Sleeping Beauty, Prince Siegfried, von Rothbart, Benno, and the Spanish Dance in Swan Lake, Jaseion in Sylvia, Prince Coffee and Prince Cocoa in Whipped Cream, leading roles in Bach Partita, The Brahms-Haydn Variations, Her Notes, Piano Concerto #1, Seven Sonatas, Symphonic Variations, Thirteen Diversions, and ZigZag, and featured roles in AfterEffect, Black Tuesday, Clear, Company B, Deuce Coupe, Duets, In the Upper Room, Raymonda Divertissements and Sinfonietta.

He created the North Wind in A Gathering of Ghosts, Bacchus in The Seasons, a Fairy Cavalier in Ratmansky’s The Sleeping Beauty, Adam in Touché, leading roles in AFTERITE, Serenade after Plato’s Symposium, Single Eye, and Songs of Bukovina, and featured roles in After You, Aftereffect (first production), AfterEffect, Dream within a Dream (deferred), New American Romance, and Praedicere.

Royal was named a finalist at the 2013 Clive Barnes Awards and, in 2014, was awarded the Leonore Annenberg Fellowship to further his artistic development. Royal has been featured in global campaigns for GAP, Tommy Hilfiger, Calvin Klein, Target, Ralph Lauren, and Canali. He was featured in the 2019 Pirelli Calendar alongside Misty Copeland, photographed by famed Scottish fashion, celebrity, and art photographer Albert Watson.

Royal was named the 2020-2021 Artist-in-Residence for the Vail Dance Festival in Vail, Colorado.

ABT is grateful to Sharon Patrick for supporting the Dancer Fund in honor of Calvin Royal III.