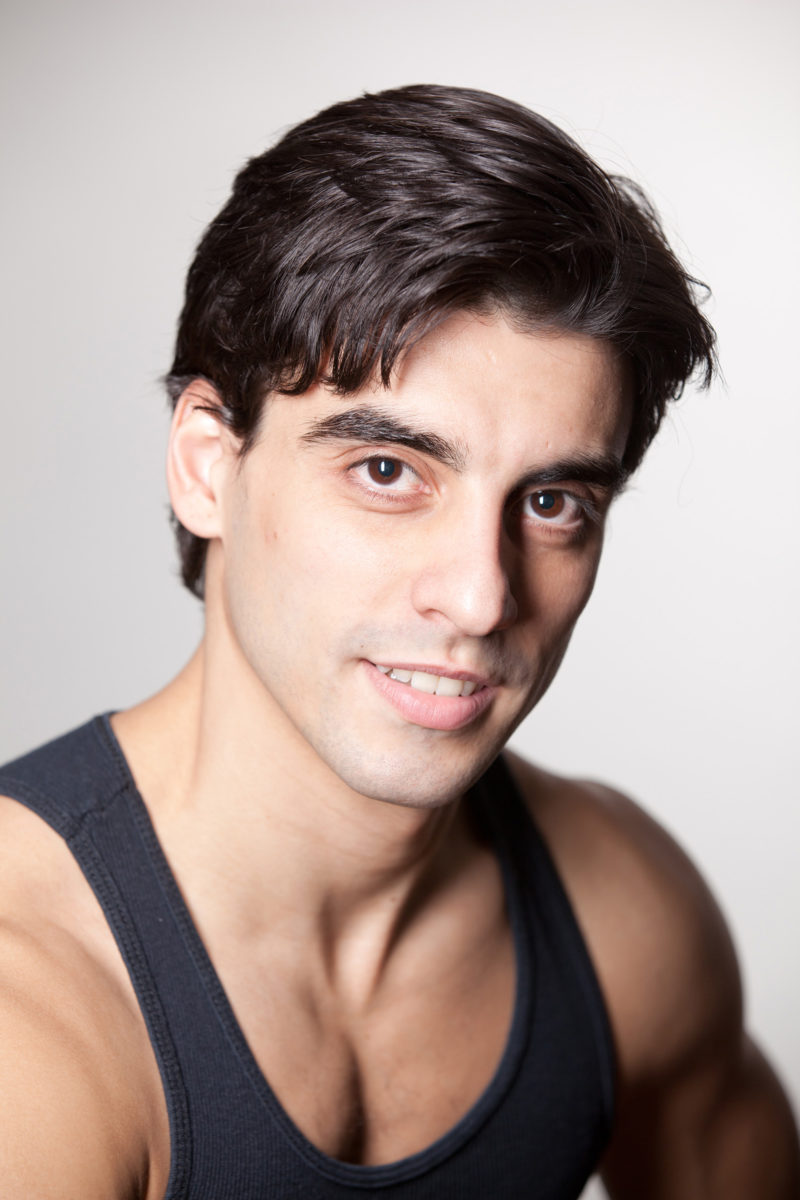 Born in Madrid, Spain, Luis Ribagorda began his dance training at the age of seven at the Real Conservatorio Professional de Danza de Madrid where he studied classic, contemporary, and Spanish dance and music with such renowned dance teachers as Victor Alvarez and Lázaro Carreño.

In May 2001 Ribagorda took part in the Castellón Contest where he won two scholarships to study with the Compañia Nacional de Danza 2 and the Nederlands Dans Theater II. In December of that year, he won first prize in the Junior Category at tha Zaragoza International Dance Contest.

In the summers of 2001 and 2002, Ribagorda was chosen to appear in the Europa Dance Project where he performed roles in George Balanchine’s Allegro Brillante, William Forsythe’s New Sleep, Nacho Duato’s Na Floresta, and John Neumeier’s Petrouchka Variations, as well as Michel Fokine’s Petrouchka, Jiří Kylián’s Songs of a Wayfarer, and Marius Petipa’s Raymonda and Don Quixote.

In November 2002, he took part in the Roseta Mauri International Dance Competition in Reus, Spain, winning a scholarship to The Royal Ballet School.

Ribagorda joined Boston Ballet in 2003 as a member of the corps de ballet. His repertory with the company included soloist roles in Don Quixote, Stars and Stripes, The Nutcracker, Drink to Me Only With Thine Eyes, and Swan Lake.

Ribogorda joined American Ballet Theatre as a member of the corps de ballet in August 2004. His repertory with the Company includes the Tractor Driver in The Bright Stream, Lead Mazurka/Czardas in Coppélia, Birbanto in Le Corsaire, the Lead Gypsy and Sancho Panza in Don Quixote, Wilfred in Giselle, the Spanish Dance and the Russian Dance in Alexei Ratmansky’s The Nutcracker, Benvolio in Romeo and Juliet, a Fairy Knight in The Sleeping Beauty, the Italian Prince in Ratmansky’s The Sleeping Beauty, the Neapolitan Dance in Swan Lake, Pluto in Sylvia, Don Zucchero in Whipped Cream, and featured roles in Amazed in Burning Dreams, Bach Partita, Baker’s Dozen, Black Tuesday, Deuce Coupe, Duets, Everything Doesn’t Happen at Once, From Here On Out, Private Light, Sinfonietta, and A Time There Was. He created the Recruit in Ratmansky’s The Nutcracker and a featured role in Dumbarton.

ABT is grateful to Francis Matthew Polizio for supporting the Dancer Fund in honor of Luis Ribagorda.