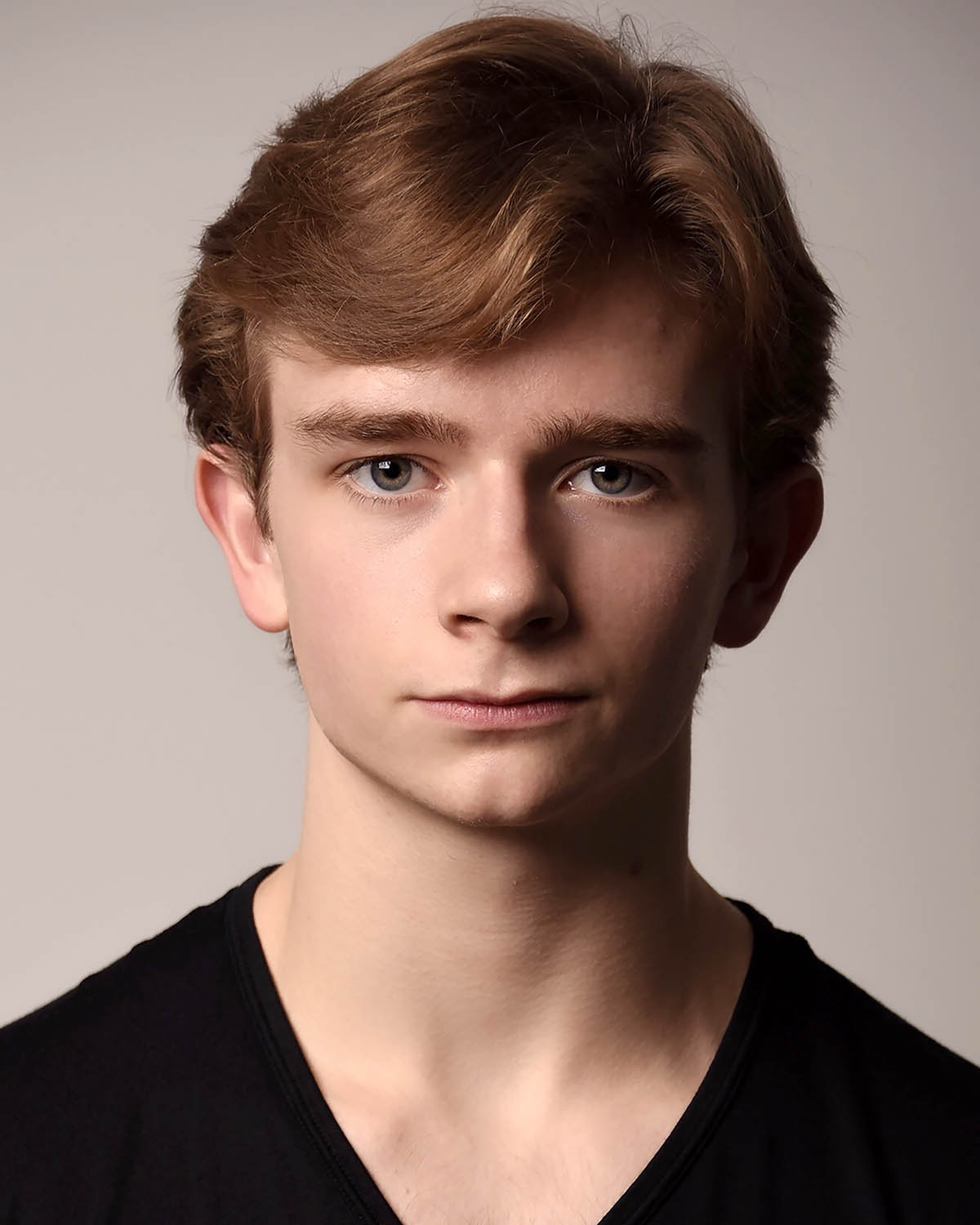 Aran Bell was born in Bethesda, Maryland.  He began studying ballet at age four, receiving the majority of his early training at Central Pennsylvania Youth Ballet and with Denys Ganio in Rome, Italy.  He continued his training with Fabrice Herrault in New York City and Magaly Suarez in Florida.  He spent several summers at The Royal Ballet School in London, and at American Ballet Theatre’s Summer Intensive in New York City.

Bell’s awards include the Hope Award at the Youth America Grand Prix Finals in New York City in 2009 and 2010, followed by the Junior Grand Prix in 2011, Grand Prix at the Milan International Ballet Competition (2010), the Premio Positano (2011), the Premio Amalfi Young Talent Award (2012), Gold Medal at Tanzolymp Berlin (2012), Gold Medal and Audience Choice Award at Rieti International Ballet Competition (2012), the Premio Roma Jia Ruskaja (2012), and the Premio Capri Danza International Award (2014).  He has performed in galas throughout Europe and the United States.  Bell was featured in the 2011 film First Position: A Ballet Documentary.

Bell joined ABT Studio Company in September 2014, joined the main Company as an apprentice in May 2016 and became a member of the corps de ballet in March 2017. He was promoted to Soloist in September 2019 and to Principal Dancer in September 2020.  His repertoire includes Lankendem in Le Corsaire, Basilio in Don Quixote, Albrecht in Giselle, Harlequin’s Friend in Harlequinade, St. John Rivers in Jane Eyre, The Leaves Are Fading pas de deux, the Nutcracker Prince and the Mouse King in Alexei Ratmansky’s The Nutcracker, Romeo in Romeo and Juliet, Prince Désiré and the Spanish Prince in Ratmansky’s The Sleeping Beauty, Prince Siegfried and von Rothbart in Swan Lake, leading roles in Garden Blue, Thirteen Diversions, and ZigZag, and featured roles in AfterEffect, Deuce Coupe, In the Upper Room, Sinfonietta, and Songs of Bukovina.  He created Mme. de Staël in A Gathering of Ghosts, Chaereas in Of Love and Rage, Winter in The Seasons, leading roles in AFTERITE, Let Me Sing Forevermore, and New American Romance, and a featured role in Bernstein in a Bubble.

ABT is grateful to Theo Ueng for supporting the Dancer Fund in honor of Aran Bell.