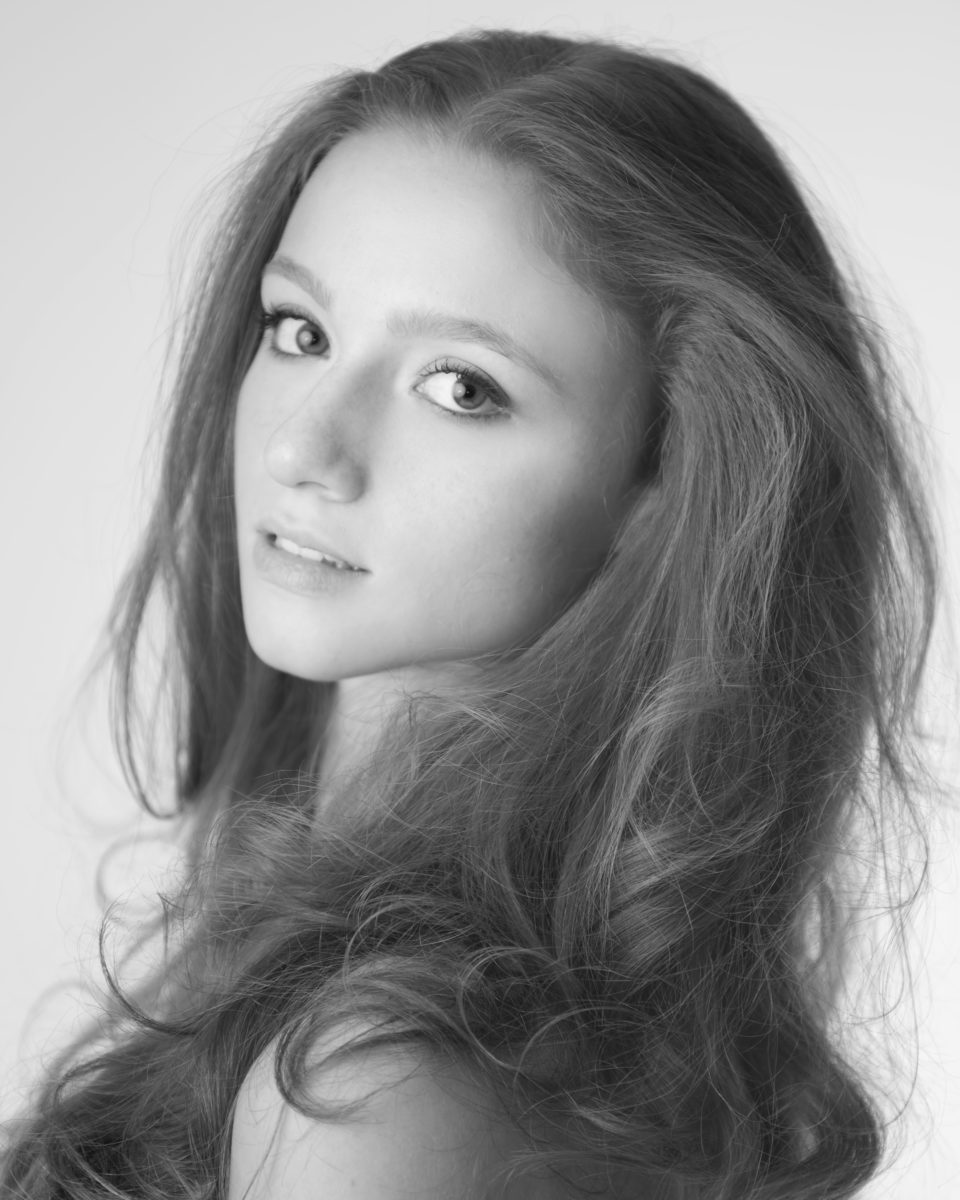 Born in New York City, Catherine Hurlin began her dance training at Scarsdale Ballet Studio and Westchester Dance Academy. She performed as Clara in the Radio City Christmas Spectacular at Radio City Music Hall for three years, from 2007-2009.  In 2008, Hurlin received the Hope Award at the Youth America Grand Prix Finals in New York City and accepted a full scholarship to the American Ballet Theatre Jacqueline Kennedy Onassis School under the direction of Franco De Vita.  She was awarded the first Angelina Ballerina Stars of Tomorrow Scholarship in 2010 and was a Northern Trust Scholar in 2011.  She attended ABT’s Summer Intensive as a National Training Scholar in 2010-2012 and joined ABT Studio Company in 2012.

Hurlin’s repertoire with ABT Studio Company included Flames of Paris, George Balanchine’s Tarantella, the Dying Swan in Alexei Ratmansky’s Le Carnaval des Animaux, Raymond Luken’s Verdi, and Paul Taylor’s Airs.  As a student, she performed with American Ballet Theatre at the Metropolitan Opera House in Mozartiana, The Sleeping Beauty, and Le Corsaire. She created the role of Young Clara in Alexei Ratmansky’s The Nutcracker.

Hurlin became an apprentice with ABT in December 2013 and joined the corps de ballet in June 2014.  She was promoted to Soloist in September 2018 and to Principal Dancer in September 2022. Her repertoire with the Company includes Lead D’Jampe and a Shade in La Bayadère, an Odalisque in Le Corsaire, Kitri and a Flower Girl in Don Quixote, Maiden in Firebird, Myrta and the peasant pas de deux in Giselle, Grand Pas Classique, Young Jane in Jane Eyre, Lescaut’s Mistress in Manon, Clara, the Princess, Canteen Keeper, one of the Nutcracker’s Sisters, and the Spanish Dance in Ratmansky’s The Nutcracker, Olga in On the Dnieper, a Harlot in Romeo and Juliet, Bacchante in The Seasons, Princess Florine, The Fairy Violente (Temperament), The White Cat and Cinderella in Ratmansky’s The Sleeping Beauty, Odette/Odile, the pas de trois, a big swan, and the Spanish Princess in Swan Lake, leading roles in AFTERITE, Garden Blue, Her Notes, I Feel The Earth Move, Thirteen Diversions, and ZigZag, and featured roles in AfterEffect, The Brahms-Haydn Variations, Company B, Deuce Coupe, In the Upper Room, and Songs of Bukovina.

She created Greased Lightening in A Gathering of Ghosts, Callirhoe in Of Love and Rage, Hail in The Seasons, Mademoiselle Marianne Chartreuse in Whipped Cream, leading roles in Let Me Sing Forevermore and New American Romance, and featured roles in After You, Bernstein in a Bubble, and Praedicere.

Hurlin received The Erik Bruhn Prize in 2019, was awarded the Barbara and John Lehman Dance Honor by the Princess Grace Foundation in 2018, and was a 2015 Clive Barnes Award finalist.

ABT is grateful to The Georgia Hiden Charitable Foundation and Donna Calamari for supporting the Dancer Fund in honor of Catherine Hurlin.