Born on Long Island, New York, Cory Stearns began his classical training at the age of five with Mme. Valia Seiskaya at the Seiskaya Ballet. At age 15, he participated in the Youth America Grand Prix and was offered a full scholarship to The Royal Ballet School in London. Stearns performed in Madrid, Moscow, Milan, Düsseldorf, and London while at The Royal, and appeared with Kylie Minogue in her music video Chocolate in 2004.  Upon graduating from The Royal Ballet School with honors, he received, for the second year, the Dame Ruth Railton Award for excellence in dance.

Stearns joined American Ballet Theatre Studio Company in September 2004, the main Company as an apprentice in January 2005, and became a member of the corps de ballet in January 2006. He was appointed a Soloist in January 2009 and a Principal Dancer in January 2011.

Stearns repertory with the Company includes The Man in AfterEffect, The Awakening Pas de Deux, Solor in La Bayadère, The Ballet Dancer in The Bright Stream, a featured role in Brief Fling, Her Prince Charming in Cinderella, Conrad in Le Corsaire, Daphnis in Daphnis and Chloe, Basilio and Espada in Don Quixote, Oberon in The Dream, a leading role in Études, Second Sailor in Fancy Free, Colas in La Fille mal gardée, Kaschei in Firebird, Baron in Gaîté Parisienne, Albrecht in Giselle, Astrologer in The Golden Cockerel, Grand Pas Classique, Her Lover in Jardin aux Lilas, Edward Rochester in Jane Eyre, Armand Duval in Lady of the Camellias, Let Me Sing Forevermore, Des Grieux in Manon, Beliaev in A Month in the Country, His Friend in The Moor’s Pavane, the Nutcracker-Prince in Alexei Ratmansky’s The Nutcracker, Sergei in On the Dnieper, Onegin in Onegin, Iago and a Carnival Dancer in Othello, Other Dances, Man From the House Opposite in Pillar of Fire, Romeo and Paris in Romeo and Juliet, the Terrestrial in Shadowplay, Prince Désiré, the Celtic Prince, and a Fairy Knight in The Sleeping Beauty, Prince Désiré in Ratmansky’s The Sleeping Beauty, Prince Siegfried and von Rothbart in Swan Lake, James in La Sylphide, the Poet in Les Sylphides, Some Assembly Required, Orion and Apollo in Sylvia, Prospero in The Tempest, Prince Coffee in Whipped Cream, leading roles in Allegro Brillante, The Brahms-Haydn Variations, Duo Concertant, Études, Everything Doesn’t Happen at Once, The Leaves Are Fading, Mozartiana, Monotones II, Rabbit and Rogue, Raymonda Divertissements, Symphony in C, Theme and Variations, Thirteen Diversions, and With a Chance of Rain, and featured roles in Citizen, Drink to Me Only With Thine Eyes, Duets, In the Upper Room, and Overgrown Path.

Stearns created Mithridates in Of Love and Rage, leading roles in AFTERITE, I Feel The Earth Move, Her Notes, Piano Concerto #1, Single Eye, A Time There Was, and ZigZag, and featured roles in From Here On Out, One of Three, and Private Light.

ABT is grateful to The Mathey Family and Theo Ueng for supporting the Dancer Fund in honor of Cory Stearns.

Cory Stearns in The Nutcracker.
Photo by Rosalie O'Connor

Joined ABT as Apprentice January 2005 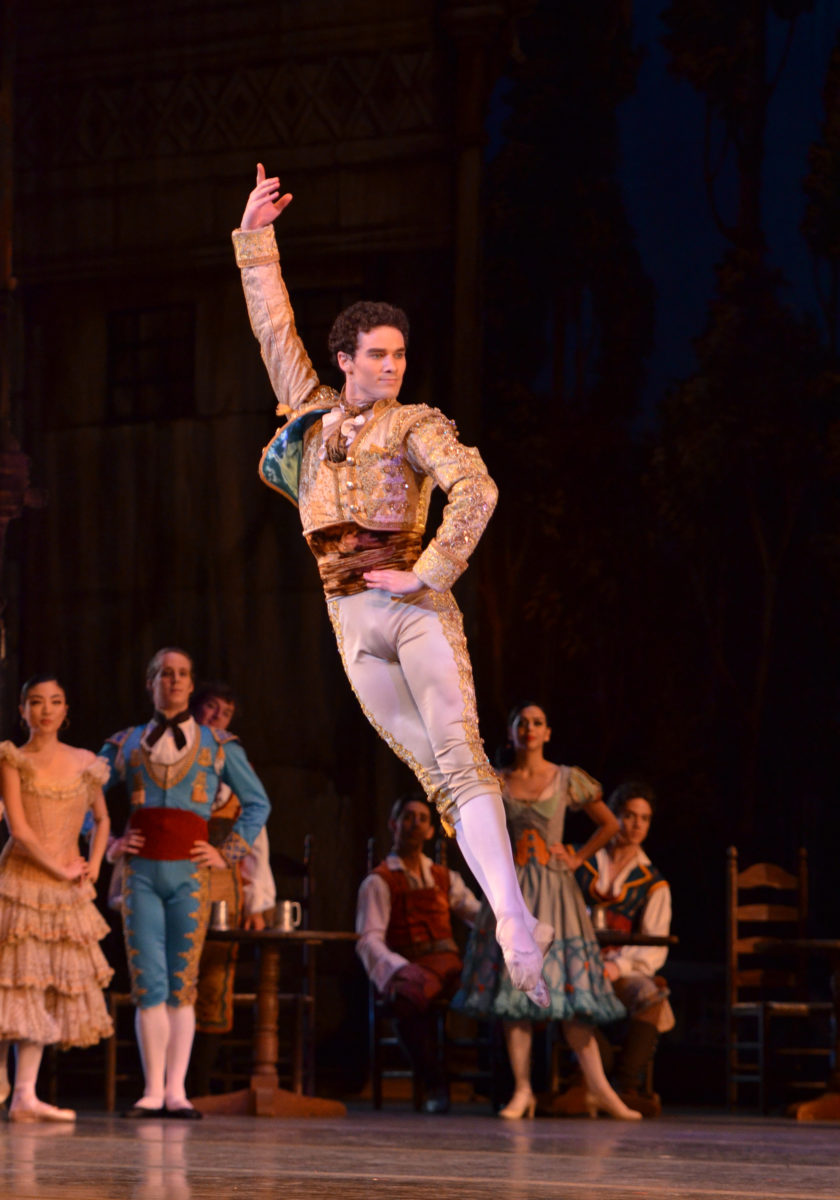