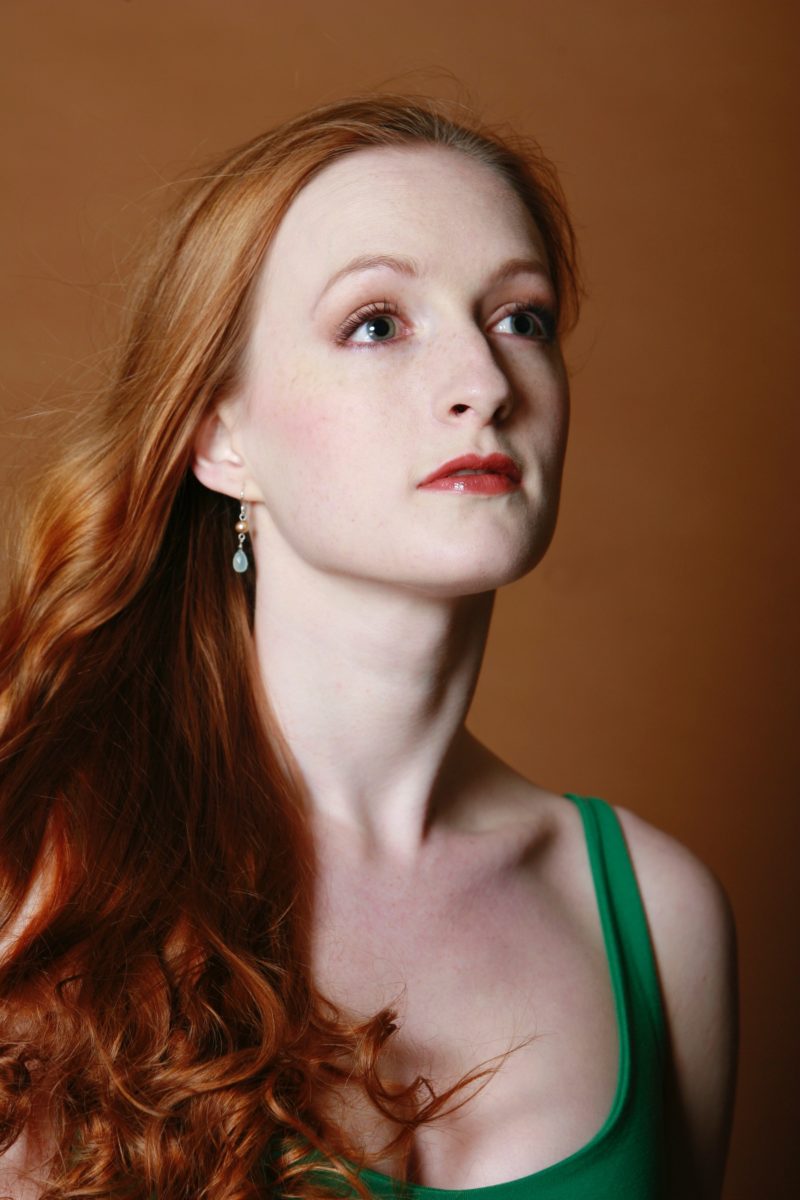 Raised in Florence, South Carolina, Gillian Murphy was a member of Columbia City Ballet before attending high school at the University of North Carolina School of the Arts. Under the tutelage of Melissa Hayden, she danced principal roles in several of the school’s ballet productions including The Nutcracker and George Balanchine’s Concerto Barocco, Western Symphony, Tarantella and Theme and Variations.

In 1995, at the age of 15, Murphy was awarded the Prix de Lausanne Espoir after performing in the final round of the Prix de Lausanne international ballet competition at the Bolshoi Theatre in Moscow. In 1996, she was a National YoungArts Foundation Winner in Dance. In 1998, she was honored with a Princess Grace Foundation-USA grant. The Princess Grace Foundation awarded her its highest honor, the Statue Award, in 2009.  In May 2014, Murphy was awarded an Honorary Doctorate from her alma mater, the University of North Carolina School of the Arts. Soon thereafter, the Gillian Murphy Scholarship was established at UNCSA, to fund a full-tuition scholarship each year, in perpetuity.

Murphy has appeared as a guest artist in Australia, Japan, Mexico, Germany, Italy, Canada and throughout the United States.  She made her debut with the Mariinsky Ballet in March 2008, dancing Odette-Odile in Swan Lake.  Other guest appearances include the Royal Swedish Ballet, the Mariinsky Ballet, the world premiere of a new production of The Nutcracker, directed and choreographed by Ethan Stiefel for the University of North Carolina School of the Arts and Nikiya in La Bayadère with The Australian Ballet in November 2014.  Other international guest appearances include dancing with the Royal Swedish Ballet, the Staatsballett Berlin, the Kiev Ballet, and three years as Principal Guest Artist at the Royal New Zealand Ballet.

Murphy joined American Ballet Theatre as a member of the corps de ballet in August 1996, was promoted to Soloist in 1999 and Principal Dancer in 2002.  Her repertoire with the Company includes Nikiya and Gamzatti in La Bayadère, the Ballerina in The Bright Stream, Cinderella in Frederick Ashton’s Cinderella, Cinderella in James Kudelka’s Cinderella, Swanilda in Coppélia, Medora and Gulnare in Le Corsaire, Kitri in Don Quixote, Titania in The Dream, the Accused in Fall River Legend, the second girl in Fancy Free, Lise in La Fille mal gardée, the pas de deux Flames of Paris, Grand Pas Classique, Giselle and Myrta in Giselle, the Queen of Hearts in Jeu de Cartes, Known by Heart pas de deux, Manon in Lady of the Camellias, Lescaut’s Mistress in Manon, the Sugar Plum Fairy in Kevin McKenzie’s The Nutcracker, Desdemona in Othello, Other Dances, Hagar in Pillar of Fire, Raymonda in Raymonda, Juliet in Romeo and Juliet, Juliet in Romeo and Juliet (Romeo’s Farewell to Juliet), Princess Aurora in Ratmansky’s The Sleeping Beauty, Princess Aurora and the Lilac Fairy in The Sleeping Beauty, Odette-Odile in Swan Lake, Sylvia in Sylvia, the first and third movements in Symphony in C, the Tchaikovsky Pas de Deux, the ballerina in Theme and Variations, Princess Tea Flower in Whipped Cream and leading roles in Allegro Brillante, Bach Partita, Ballet Imperial, Ballo della Regina, Baroque Game, Birthday Offering, The Brahms-Haydn Variations, Clear, Désir, Diversion of Angels, Duets, Études, From Here On Out, Meadow, Les Patineurs, Piano Concerto #1, Push Comes to Shove, Raymonda Divertissements, Les Sylphides, Symphonie Concertante and Without Words.  Murphy has also performed featured roles in Black Tuesday, Company B, Drink to Me Only With Thine Eyes, The Elements, Gong, In the Upper Room, Overgrown Path, Pretty Good Year and Sinfonietta.

She created Pierrette in Alexei Ratmansky’s Harlequinade, Clara, the Princess in Ratmansky’s The Nutcracker, leading roles in Her Notes, Kaleidoscope, Rabbit and Rogue and Thirteen Diversions, and featured roles in After You, Dream within a Dream (deferred), Glow – Stop, One of Three, Praedicere and Within You Without You: A Tribute to George Harrison.

Murphy danced Odette-Odile in the ABT telecast of Swan Lake and also appeared in the ABT telecast of Le Corsaire.  Other television credits include the Washington Opera’s Die Fledermaus and, in November 2010, an appearance on the series Gossip Girl.  During November 1999, she also participated in the Melissa Hayden Project, part of the Balanchine Foundation’s video series filming dancers, who worked with George Balanchine, teaching their roles to young performers.  The Foundation filmed Hayden teaching Murphy the pas de deux from Stars and Stripes and Donizetti Variations.  Murphy was seen in the feature film Center Stage and also appeared in the sequel, Center Stage 2: Turn It Up. In 2013, she starred as Giselle in the the New Zealand Film Commission’s movie of Ethan Stiefel and Johan Kobborg’s production of Giselle at the Royal New Zealand Ballet. In 2015, Murphy was featured in the Ric Burns American Masters documentary entitled American Ballet Theatre: A History.

Gillian Murphy in The Sleeping Beauty.
Photo by Gene Schiavone

Gillian Murphy in Other Dances.
Photo by Rosalie O'Connor

Gillian Murphy in The Nutcracker.
Photo by Rosalie O'Connor

"For me, on the stage, it's a full immersion into making the most of that moment—and it's such a fleeting moment and art. It doesn't have to be perfect. The idea of perfection, I think, is something to aspire to in terms of how to have more clarity and precision and shapes to our classical lines. But ultimately, when I'm sitting in the audience, I want to be moved. I don't enjoy watching people dance who are just executing steps. I feel dance really has to speak to something deeper within. The choreography is there as a means to that expression and artistry and imagination, not as a be all and end all in itself." 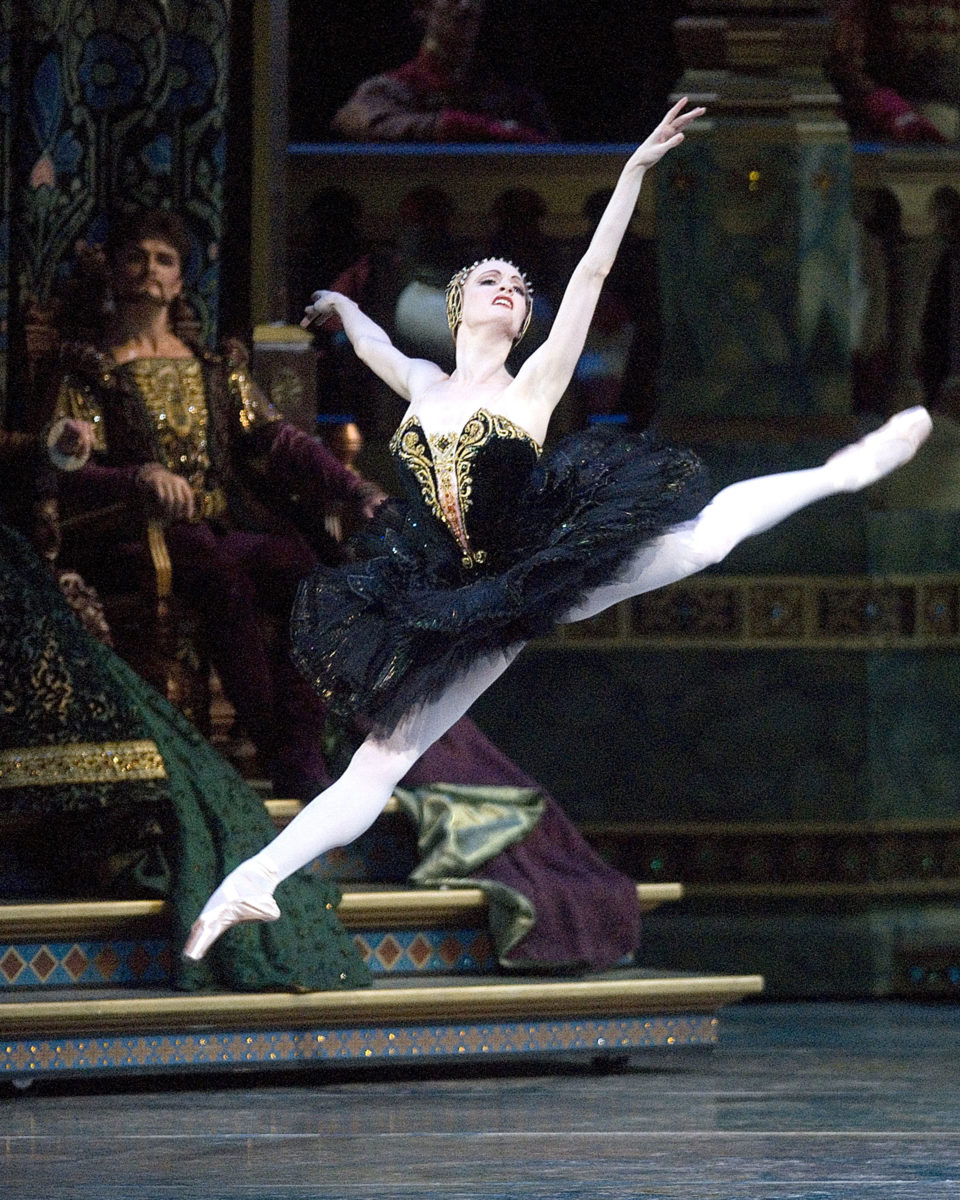 Starred as Odette/Odile in ABT PBS Swan Lake Broadcast

Guested with the Mariinsky Ballet as Odette/Odile